Folk Wisdom and the Problem of Raising Children - Chapter 2

by chandra louisa about a month ago in grandparents

Don't try to teach your Grandma to suck eggs 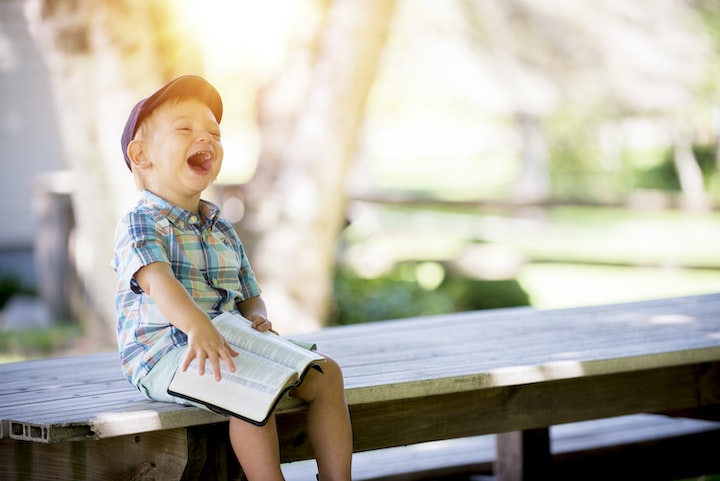 Indeed, not all of the experiences that the folk has drawn or the grandparents' words are false and outdated. The ancients were very good at observing the phenomena in life, from nature to society, to make their life easier.

But they do so because they have no other more accurate way. They have no science to help. Grandparents would probably be sad to hear that their children and grandchildren live in a more modern world but still believe in folk wisdom.

Observing input information and making correct predictions can only be based on watching a repetitive phenomenon or statistical; This does not equal understanding and being able to explain the process and mechanism behind that phenomenon accurately. Science has a specific tool that is much more accurate.

Therefore, many beliefs in childbirth also fall into the same problem. However, in addition to the things that were wrongly pointed out, we must admit that there are things that our grandparents told us are right. Yet, they have nothing to do with the mysterious spiritual aspect, but can be explained simply by science.

One taboo during pregnancy is not to attend the funeral. Doctors also have similar advice, but the cause is not due to "haunting," but because the dead body began to decompose and diffuse bacteria into the environment. At the same time, women are also very vulnerable to adverse psychological effects when attending funerals. Similarly, the fact that pregnant women are not allowed to play with cats or to restrict others to visit women giving birth can also be explained as to avoid the accidental spread of pathogens to the mother and the baby, and it has nothing to do with bad luck.

Pregnant women are also told not to wear makeup; this is true; But not because the more beautiful the mother is, the less charming her child will become. Frequent use of cosmetics containing phthalates can seriously affect a child's intellectual development. Lead-containing lipsticks have the same issue; they even increase the risk of miscarriage or premature birth at the same time. Also, the use of anti-acne creams containing isotretinoin increases the risk of miscarriage and leads to teratogenicity and stillbirth.

Because there is no basis behind the advice, there are many conflicts. For example, our folks recommend applying lipstick or a black spot to the infant's forehead when outdoors to avoid "ghosts," while young children's skin is much more sensitive than adults.

Infants not only have sensitive skin, but almost everybody part of them is painful - the respiratory system, for example. Indoor air pollution is the second leading cause of death in babies, so cooking in sloppy structures is dangerous. The charcoal stoves emitting full of toxic gas are strangely recommended for warming mothers and babies.

This is also an issue for postpartum confinement. Like people said, since the health state of both the mother and the baby is pretty low, this is the essential time for recovery. But it should only stop at avoiding intense exercises, having a suitable diet, or keeping the body warm, excessive abstinence will only be counterproductive and even create pressure and stress for the mother.

Those reading this article may have mostly been exposed to scientific knowledge and advice from doctors. Still, it may be affected by advice from "the elderly" because the parenting story is often quite complicated.

Raising children is not a war, but the generation conflicts because of a small thing like whether to give the baby water after drinking milk or not are still going on. Regardless of science articles and scientific evidence, you can be rejected with "I have raised a whole family, okay" or "Don't try to teach your Grandma to suck eggs.

I can shake off everything as I write; my sorrows disappear, my courage is reborn.

See all posts by chandra louisa →