by EuGene Jordan 24 days ago in advice

What to expect when becoming a father for the first time.

I met up with my brother last week to meet with the latest addition to his/my family and as I held his newborn son in my arms, I suddenly realized that quite a number of my friends and 2 more of my brothers have recently become fathers this year too. For most, it has been a new and completely life changing experience but connecting with some of these guys made me think about my experience becoming a first-time dad and how it change my perspective and approach to parenting.

A study that was done by a UK charity for parents, NCT, found that 1 out of 3 dads struggle to cope with the mental pressures of becoming a new father. I recall when my wife and I first found out that we were expecting and feeling an overwhelming sense of being unprepared and not knowing what to expect and whether or not I’d be a good enough father. I had no idea what kind of money I would need to earn in order to be financially capable of supporting the ever-growing needs of a child and after only being married for 2 years I began to question my ability to juggle being a good husband whilst learning how to be a good father. A lot can go through a man's mind during, probably one of the most significant flag post moments in his life. I was given a verbal checklist of "stuff" to get when having your first child however I wanted to share a checklist of some "stuff" I had to LEARN about becoming a first-time dad. 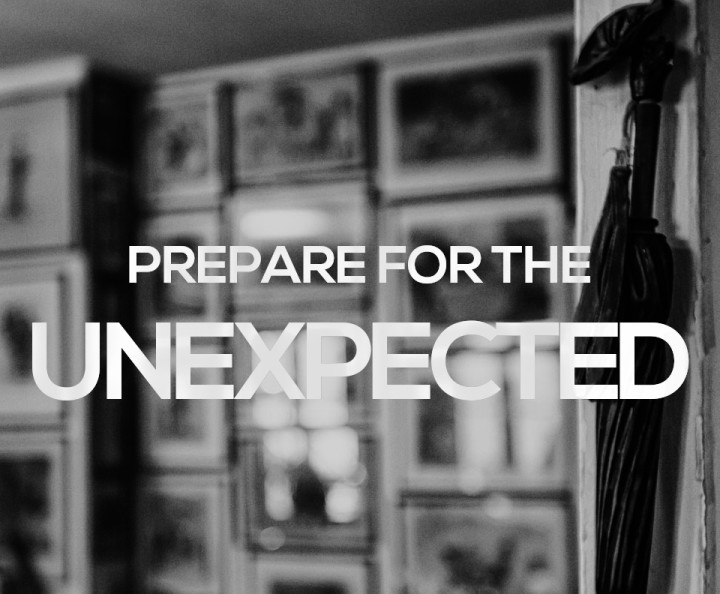 Prepare For The Unexpected

Overly optimistic expectations and a lack of preparation can cause significant distress at a time when new parents already feel vulnerable. In my case, being prepared for fatherhood was easier said than done. I was told that you can never be ready and to some extent, that is very true, however, it's important to not misinterpret this as an opportunity to give license to not be prepared. It's very easy to just go with the notion that if the unexpected is inevitable then what's the point in trying to prepare? Well let me ask this, have you ever had a surprise general pop quiz when you were once in school? Of course you have! We all have. It's the teacher's way of testing us to see if we've been paying attention in class. We can only master the pop quiz by being attentive in class, taking notes and studying what's being taught, however, sometimes you're thrown a few questions or scenarios on the general quiz that you just could not have studied for. Well, it's no different when preparing to become a father. There is no possible way that you could ever completely prepare for every possible scenario thrown at you. Earlier this year I shared my unexpected experience with the BBC which left me feeling massively unprepared, however, I've learned that you can't become an expert in parenting overnight, but, a good place to start is by simply learning a little in a lot of areas. This helped me to be adaptable, kept me on my toes, and helped better prepare me for the unexpected. 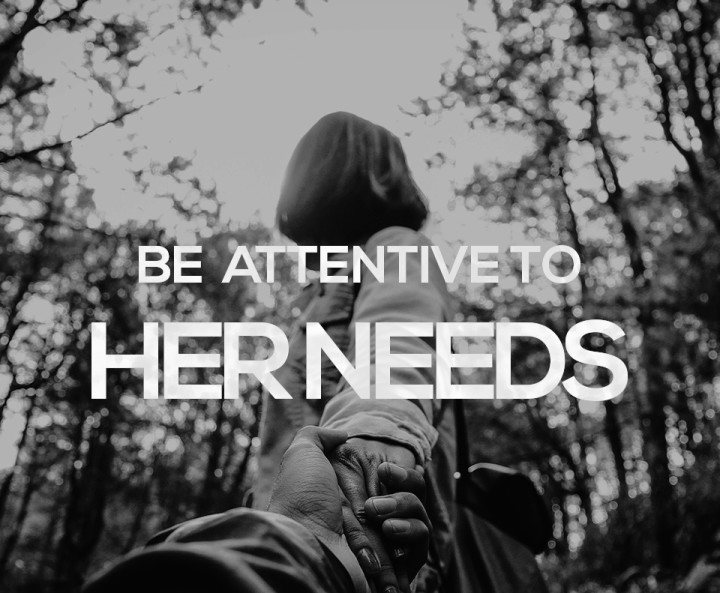 Be Attentive To The Mother Of Your Child's Needs

It's common for women to have mood swings during and after pregnancy due to the stress, fatigue, and hormonal changes that affect her levels of chemical messengers in the brain. In my experience, I’ve learned that it’s important to tune into not only the needs of your newborn child but it’s equally important to pay close attention to the needs of the mother of your child. Children have the ability to unintentionally drive a wedge between a couple because we take our eye off the ball within our marriage and focus 100% on being parents. Becoming a new father is a completely new experience for us, however, it’s just as new to our partners too. Our job is to make the journey of pregnancy and the transition into parenthood as smooth as possible. 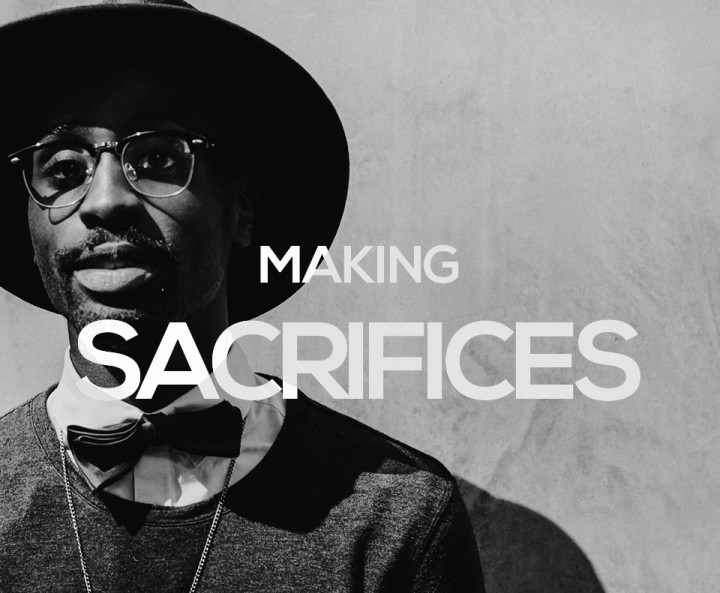 Get Used To Making Sacrifices

From the moment I found out that I was about to become responsible for a child's wellbeing, my desire to fulfil any shellfish needs started to diminish. My perspective on most aspects of my life started to revolve around my position as a father. I don't really do sports on the weekend however if I did I knew that I would have to give some stuff up in order to develop a bond with my child. Some sacrifices came naturally, however, there were some that I've had to really work hard on. The pregnancy period is a great time to practice making sacrifices and you will be required to make more of them once the baby comes along. When I became a father I had to start making sacrifices and think more about what my wife and daughter needed over what I may have wanted. I found that by simply focusing on the purpose of what we do and WHO it benefits, we're able to gain a much clearer picture of what sacrifices need or need not be made. 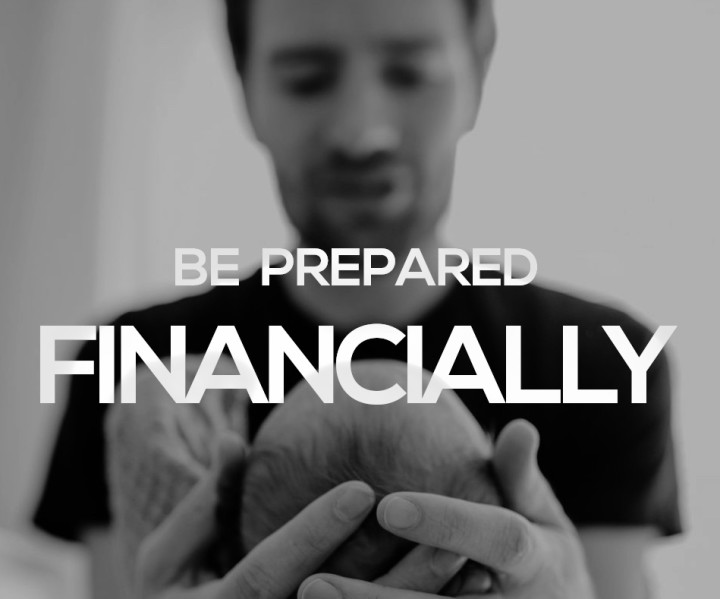 A study, carried out by the Centre of Economic and Business Research (CEBR) found that 29% of parents' gross annual income is spent on raising a child. They also discovered that parents face bills of almost a quarter of a million pounds to raise just one child to the age of 21.

With this in mind, there can often be an added amount of internal pressure to increase our income. I experienced this first hand when I was made redundant just one month before my daughter was born. I felt like less of a man and like a redundant, dead-beat-father because of this. I realized that my level of income is not what makes me any more or any less of a father, however, it was my responsibility to become motivated enough to ensure that provisions are made to adequately meet the needs of my child. Providing financially is probably the biggest area of concern for most dads to be.

Providing financially has got to be one of the biggest areas of concerns that most dads have to deal with. Some will tell you that you'll never be financially prepared and in most cases, there is some truth to this, however, although it's hard to say how much money you will need to raise a child you must be prepared to provide food, clothes, fun and educational experiences for your child. The truth is that your responsibilities have now increased and our aim should be to make sure that our income does too! This means that you have to work smarter than you ever have before. The beauty of the added pressure that comes with becoming a dad is that you'll find a new sense of purpose and that will help drive and motivate you to find new and innovative ways to increase your value and worth. Then you'll be able to rise to the challenge of being financially equipped to meet the ever growing needs of your child.

There are probably tons of stuff that I have left out so let me know if your experience was similar or if you could add to this short list things I learned when becoming a first-time dad. Let me know in the comments box below.

Check out my personal experience of becoming a dad here:

@IamEuGeneJordan Muso, educator + founder of MenAndMarriage.co.uk an initiative focused on inspiring men to share their journey through manhood, marriage and parenting. My wife and I parent our daughter @iamGenevaLondon who's a pro drummer.

See all posts by EuGene Jordan →