Not just for the children, but for their nation, too 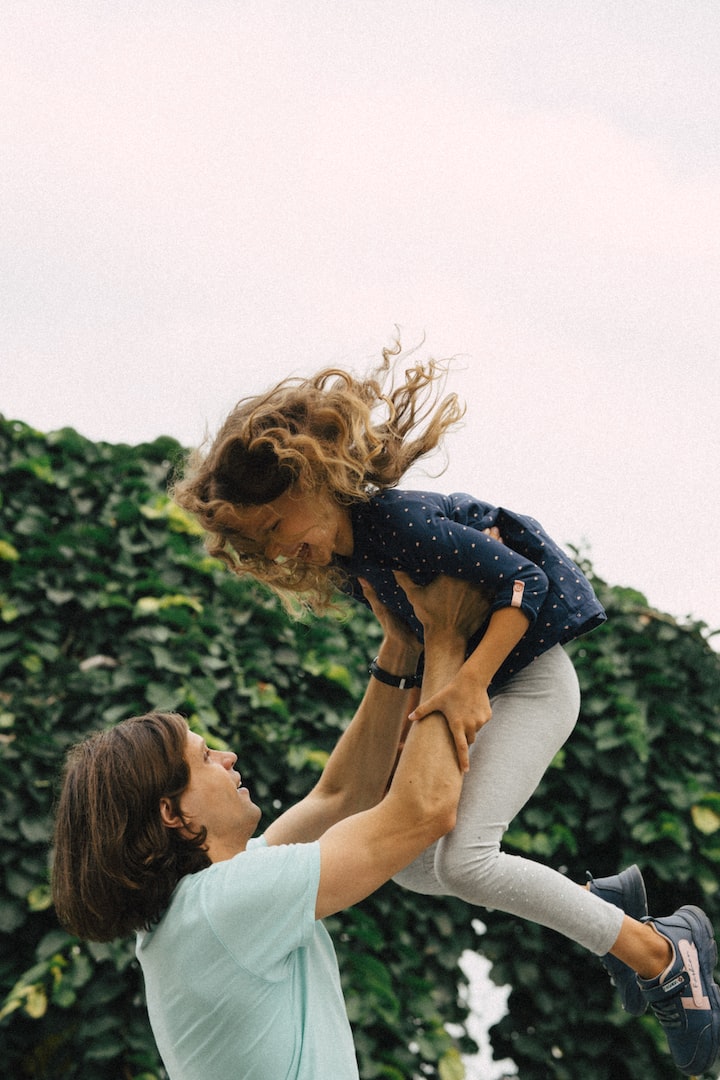 Photo by Vika Strawberrika on Unsplash

I am the first child born in the United States in my mother's family. My mother and the rest of her generation arrived here as children; they grew up speaking English and attending public schools. My mother's generation was expected to go to college and strive for prestigious jobs that would grant them stability: engineer, lawyer, doctor. Teacher was okay; professor was better.

The pressure wasn't just about their own financial and professional success; as the first generation of Americans, they carried the burden of proving our family belonged here. It wasn't just enough to make money; they had to contribute to society.

If my grandparents had been more honest about it, they might have admitted they felt we had to earn our place in the Land of the Free, and that even once earned, their memories of displacement, war, and death were too close to let them feel truly secure.

In those days, they didn't dare dream of anything bigger.

In one of her early college years, my mother wrote a letter home describing her courses for the spring semester: a slate of classes in her math and economics major, and just for fun, an introductory anthropology class.

Her father's reply has become famous in family lore: he criticized the elective class, issuing a scathing reprimand. My mother, he reminded her, was not in college for frivolous intellectual pursuits; she was there to learn a trade. To start a career. Distractions were not welcome.

My mother took the class.

She also graduated with honors and immediately started her career as an actuary: a demanding career in which she was one of few women. The pay was good, and there would be opportunities for advancement as my mother went further in the field. My grandfather was pleased and proud.

Shortly before I left for college, I told my grandfather that I planned to study poetry. I asked him, only half-joking, if I should watch my mailbox for a letter denouncing my academic pursuits. Though I smiled as I asked the question, his face fell.

"No," he said quietly. "No, I wouldn't say that. You should study what makes you happy."

"But what about, 'You are in college to learn a trade?'" I asked, quoting the famous letter.

He shook his head. "Not for you," he explained. "THEY worked hard so YOU would be free to do what made you happy. We all did. Nothing would give me more pleasure than to see you study poetry. Well, with maybe a little engineering on the side." He winked at me. In that moment, I realized:

I am my grandfather's dream: I am free to pursue what I love without worrying how it will affect my or my family's status. He too, is free from that worry, and could allow me to follow my own dreams without fear.

I went to college. I studied poetry and Shakespeare. I even took an anthropology class one semester. I never felt the pressure and constraints my mother faced. My grandfather was as proud of my first book of poems as he was when my cousin finished her engineering degree.

It's easy to find stories of other immigrant families who share this story, this need to prove that we belong, to earn our place in a land that's not yet ours. Some of these stories are like mine, in which younger generations are freed from that burden of proof. Some of them carry through the generations; the best and most recent example of this story is Disney's Encanto. Unlike my grandfather, the Madrigal family matriarch never feels that the family has truly earned its place in their small Colombian town and insists they are only valuable when they contribute to society in exceptional ways.

I know that story well, even though I was lucky enough to live a different one.

As a foster parent, I have learned another story.

While every child and every family is different, many of their stories contain the beats and measures of generational poverty. That too, is a story of insecurity. Instead of the cultural and social insecurity my grandparents felt when they came to this country, the kids who come to me grow up without other guarantees: food. Housing. Medical care. Clothes.

Once they get to me, they carry the indelible memory of removal and disruption. Those memories are as searing as my grandparents' memories of displacement and war. It is one thing to be houseless; another to be homeless. Entering my home can mark the shift.

What is home without family? What is family without home? wrote one teen a week after arriving at our house.

I don't mean to say the kids who come to me are unloved. Quite the opposite - all of them have had family members who love and cherish them. But many of them have had multiple generations of involvement in foster care, separated temporarily or permanently from their families. Knowing your family can be separated and broken at any moment is a dream-killer.

The difference between these families, separated by the state, and my grandparents' families, separated and broken by war, is collective action. After the war, my grandparents found purpose and meaning with others who shared their experience and parlayed that into building community together. And - most significantly - the forces that tore them apart from their families were extinguished.

They, unlike the families we work with, didn't have the specter of the state looming over them for years, the possibility of further separation hanging over them, an undercurrent of dread creeping into everyday life.

When I ask the kids who come to us about their dreams, the answers often feel fantastically out of reach: winning the lottery. Going viral online. Being discovered by a talent agent who will propel them to wealth and stardom.

Sometimes, though, the answers are just the opposite. These are often expressed as questions: become a nursing assistant? Move to a slightly bigger city and have my own apartment one day? Visit the beach?

For some of my kids, these dreams feel just as far-fetched as winning the lottery. Education rarely factors in. We know how hard it is for kids to focus on school when they're stressed or hungry. In foster care especially, you learn quickly that nothing lasts forever, or even very long. Education? College? Career?

That's for people who don't live out of trash bags. Dreams are for people with beds of their own.

One of our teens was having a bad day.

Not a catastrophic bad day, just an ordinary slept-late-pop-quiz-mystery-meat level day. When she came home, she was all silence and slammed doors.

I gave her an hour to cool off, then knocked. When she didn't answer, I peeked inside. She was lying facedown on her bed. She hadn't even taken her shoes off. I was pretty sure she'd been crying.

I leaned back against the doorjamb and slid down to the floor. "Rough day," I said. It wasn't a question. She didn't answer.

She didn't kick me out, so I stayed in her doorway, cleaning her hairbrush and picking stray bits of dust off the floor.

"My life is ruined." Her voice was muffled against the pillow. Her words were a teenage mantra, but her tone sounded so much younger. I knew better than to contradict her, so I said something else.

We lapsed into quiet again. I had to start dinner soon.

"No chance tomorrow will be better?"

"Well, that's okay. You don't have to believe that. I can hang on to that for you if you need."

"Hope. It's really hard to keep up hope by yourself when things feel like they'll be terrible forever. But I can hold onto that for you. You don't have to feel hopeful right now. I can do that part until you're ready."

My cue to exit. I gently closed her door and got dinner started, making sure she could hear me in the kitchen. I made a cup of tea and tapped lightly on her door before setting the mug down on her night table.

When words fail, the language of small kindnesses can say what we need.

Hope can be a heavy thing.

My kids learn young how risky it can be to get their hopes up. So much of the work of foster parenting is holding space for the possibilities: things can go right, or wrong. Promises can be kept or broken.

Sometimes, kids need to be able to put their hopes down for a minute.

Sometimes, their dreams are too much to bear.

So I hold them as well as I can.

The Reverend Doctor Martin Luther King did not specifically talk about foster children, but the history of severed families ran deep in his work for justice.

He said: I have a dream that my four little children will one day live in a nation where they will not be judged by the color of their skin but by the content of their character.

His dream was not for his children; it was for their country. He carried the weight of that hope, the persistent, stubborn belief that we could be moved to make a better world together.

My dreams are both for the children in my care and for their communities. Their country. I dream that the children who have come to me will one day live in a nation where their fates will not be determined by the history of their families but by the potential of their futures.

The children in my care cannot bring that day to bear. It is not enough to carry that dream for them, to hold the hope of that day's arrival.

No. That nation - that dream - is ours to make. Here. Now. Together. The children who come to me deserve more than just belief in themselves and the ability to dream.

We can do this. We can build a nation that carries its children's futures on its shoulders. We can make generations of sacrifices to be that nation.

We have not done that yet. But we can. I have that dream.

For today, I can carry their hopes on the days they can't. I can still hold the belief in a better world when the defeats pile at our feet.

This year, I am a dream-keeper: one of a nation crawling towards its better days, a bundle of unshed hopes on my shoulders. The language of small kindnesses in my hands. My family's gift of belonging in my bones.

We are on our way.

More stories from Dane BH and writers in Families and other communities.