by cd ybarra 3 months ago in grandparents 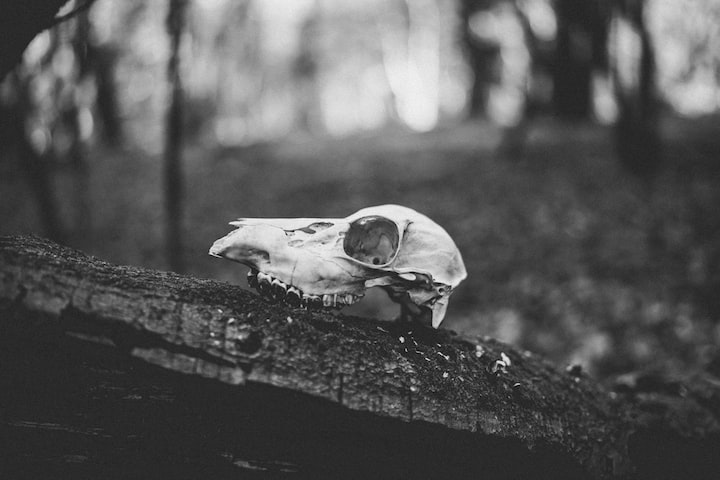 My grandparents lived in a modest-sized home in Chula Vista, California, which they had bought for about 32,000 dollars in 1950. It is now worth 599,000 dollars and is about seven and a half miles from downtown San Diego and Tijuana. They lived there until they died. My grandfather from Altzheimer's dementia and my grandmother from multiple myeloma, a bone marrow cancer. I know I wouldn't recognize the interior now, but I would recognize the house based on the lemon tree, to the right of the driveway, that still produces fruit.

At some point in his life, my grandfather, who was born and raised in Anaconda Montana, must have been a hunter because the room that I slept in had a single bed with a dead deer head mounted on the wall. This deer head was positioned directly above my pillow, so I could see its neck whenever I tried to drift off to sleep. I imagined what it's fur would feel like under my hands, and I tried not to meet its eyes when I was upright. On the wall adjacent, there was a large 8 point head of a buck, his glassy eyes staring at me whenever I entered the room. It was often difficult to fall asleep watching and wondering about these two mounted deer heads. I realized early in life, I prefer living and breathing deer.

I was at my grandmother's house when I watched the mini-series Roots, based on Alex Haley's novel of the same name. This was the story of Kunta Kinte, an adolescent sold into slavery and shipped off to North America. There were some pretty gruesome and terrifying scenes in this story and mixed with the deer heads on the wall, made for very sleepless nights. I didn't understand how humans could be so cruel.

There were things I loved about this room, like the bookshelf where I found naughty novels my grandfather liked to read. It turns out I liked reading them too. There were also peanuts cartoons and encyclopedias that I would spend hours looking through, but my favorite was "Coffee, Tea or Me", the story of Trudy and Rachel, two sexually liberated stewardesses who set their sites on lusty men. As a child, I never had an opportunity to go anywhere where a plane was necessary, but imagine my surprise when I first stepped on a plane only to find out Trudy and Rachel were now overworked women and men who never asked, "Coffe, Tea, or Me."

George Frankovich was not my biological grandfather. He married my grandmother on March 14, 1945, in Montana, and adopted my then fourteen-year-old mother. My grandmother had gotten pregnant at 16 after a love affair with an Italian immigrant, Pete Pace. Pete then took off or was chased out of Aliquippa, Pennsylvania, but I could never get a straight story from anyone in my family. My mother insists he left and went back to Italy when he found out my grandmother was pregnant.

George Frankovich was a Chief Petty Officer in the Navy and when he retired he spent the rest of his work life as a janitor at Kearney High School. He used to take us to free events at Christmas time where we would get a stocking of candy and beat down a piñata until its insides came spilling out. He would always forget our names, I became Patty, Cheryl became Debbie, Frank became Cindy, and so on. It was hilarious at the time, but a likely precursor to his dementia.

I remember the day he stole his first kiss from me while we were standing among the dead deer heads. He caught me reading one of his naughty books, in which I was totally engrossed, and as I tried to leave the room to go into the kitchen, he stopped me and kissed me. With his tongue. I was 12. He hurriedly pushed $5.00 into my hand, pushed me toward the kitchen, where my grandmother was cooking dinner, and it was never spoken about again, until many years later. I was as shocked as I was grossed out, but I knew if I said anything to my mom, she wouldn't have believed me. Worse things were happening in our house right under her nose.

It was only much later in life, when sisters tell each other things they have kept hidden, that I learned this happened to them as well. A kiss, a tongue, a five, and on your way you go, pretending that this thing, this violation had never happened.

Mostly I remember this day because of the kiss and the dead deer standing as the only witnesses as this played out. My grandfather's secret locked deep in their dead glass eyes forever.

grandparents
cd ybarra
Read next: Understanding the Effects of Addiction on the Family
cd ybarra