by Christy Call 2 months ago in how to
Report Story 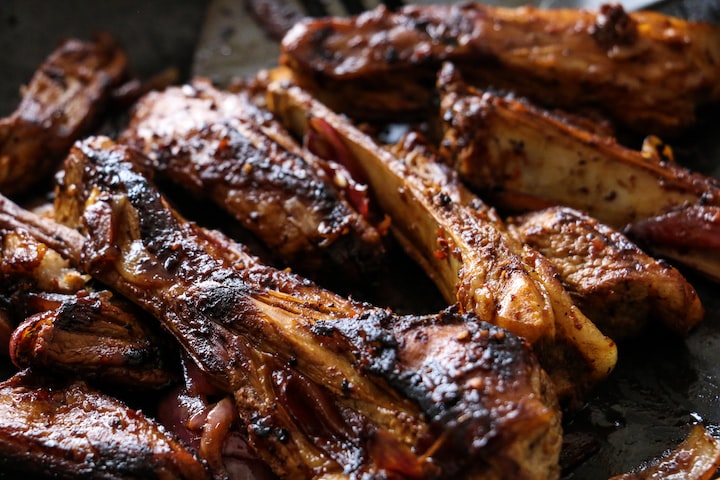 Photo by Ahmad on Unsplash

There is a rib festival in town every September over Labor Day Weekend. As summer was cooling, the grills were heating up.

We would brave the parking situation and crowds to stand in long lines for that porky goodness smothered in all the sauces we could find. We were standing on the street licking our fingers after a moment of devouring. Then we would rate each one, noting our favorites for the following year.

There was spicy. There was mild. There was everything in between. We would complement the ribs with some curly fried potatoes, the kind that was a giant plate, with probably at least five potatoes per order.

As the festival ended and all of the vendors were packing up, we'd slip in one more set of ribs, sad to see it all come down.

After being diagnosed with soy and dairy intolerance, I braved the crowds with friends once again. But now I have to ask an embarrassing question.

"Do you use soy when cooking your meats? Is there soy in this sauce?"

These types of questions are met with a few different style reactions.

One, there's a line behind me, so if the order taker wasn't sure and went to look, I could feel the line's restlessness behind me.

Two, the order taker did their best not to let me know that they found this annoying as the sauces have secret ingredients. They didn't want those ingredients spread to their competition.

And three, in some cases, I'm viewed as another picky eater instead of one that would like to enjoy their food without her tongue rashing out.

Very rarely was the answer. No, we don't use soy or any of its variations, which moved my choices from many to sometimes zero.

That was the end of going to the rib festival for me. Driving around the parking garages hoping for a spot, fighting the crowds, and needing to ask this question was just too much.

A few years later, my boyfriend introduces me to a gas grill. He carefully explains how it works and the best times for meats. We even made pizza and asparagus on it. My summers started moving from salads with homemade dressing back to that ribby goodness I hadn't dared to brave yet.

My brother became the star of the show, no sauce needed ribs. He carefully grilled them as though they were the most expensive meats in the world. He carefully turned them so that they seared perfectly with still juicy insides. I noted all of his secrets, which was just one. He turned them every 7 minutes exactly, stopping the whole process at 45 minutes. (Shhhh, don't tell on him.)

First Grill Of Each Year

No matter how I do it, the first set of ribs always flares up. I always end up with charcoal on a half rack. I either have the grill too high or too low. But by the end of that first set, I remember how to do it.

A Summer of Perfection

After the first charcoal dinner, the rest of the season is perfect.

I lightly season a meat rub and no sauce. However, I did find some sauces at the grocery store that more than made up for the sauces I missed at the festival.

I never did brave trying to create the crispy potato pile. (I learned very quickly not to try new things with them, they didn't appreciate the squash I tried to sneak in.) I do make a mean pouch potato from my husband's childhood.

I added corn to my repertoire. So now we have many summer dinners of ribs, corn, and potatoes which complements the sunsets and warm summer nights.