Being a Parent to a *practically* Non-Verbal Child

by Jenna Rae Mueller 7 months ago in children
Report Story 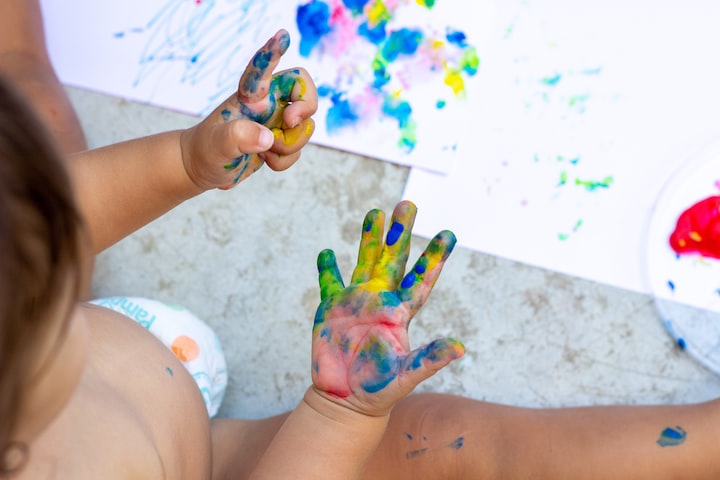 Photo by Ana Klipper on Unsplash

Hi there, my name is Jenna.( You may see my name as Jenna Rae or Jenna Rae Mueller. ) I'm a mother of three amazing little ones, a bright, young five year old girl, a silly and adventurous soon-to-be four year old, and a charming, little one year old.

When my eldest was about two -- she was basically non-verbal. She knew words but wouldn't speak. When she would communicate with me at home we often used signs she learned from signing time in conjunction with the words she said. Of course, as her mother I was able to translate for her.

When she was four, some people still couldn't understand her although she was trying to communicate verbally. I would go into an automatic translator mode and interpret what she was saying to others.

My daughter, (we'll call her E), had once counted to ten while going up the stairs with me. She used to say, "mama" often and she said other various words too. I was so proud of her as a young first time mom -- I believed that she would possibly be at least slightly advanced due to her at the time age. I was wrong.

I made a mistake and I brought my daughter and then infant son around my grandparents.

My grandmother would call my toddler a mistake and call her autistic as a slur and say other awful things (which prompted me to find a way for my family to leave ASAP).

But, the damage was done. At least, that's how I felt. Not to say my daughter is damaged. My daughter is amazing, she was amazing, and I am confident she will grow into an amazing young woman. But -- my daughter stopped talking to me as much as she once did. It was like, I saw a light inside dim. She became a bit more reserved. She was definitely a Cancer with her shell.

I continued to watch signing time with her and she continued to learn signs and learn the words along with the signs. We continued to read stories, eventually her brother was walking and learning to talk.

Eventually, he surpassed her in speech. He would talk your ear off and he would do it so clearly -- with an impressive vocabulary for a little guy!

She did make some strides but I would still do interpreting for her.

She had Kindergarten screening done at the age of 5 but they recommended that she go to preschool because of her speech skills at the time. So, I enrolled her into a private preschool.

After starting preschool, she noticeably picked up more words and would speak to me about her friends by name, and how she wanted some of her friends to be her "sisters", and what she did at school.

I hope in sharing my experience as a mother of a practically non-verbal child that if you are going through similar, that you know you're not alone. I hope you have hope and I hope you are well-supported.

I hope to continue to see many more improvements.

One of the things I am currently enjoying about her improvement with her speech -- is that now she is willing to talk and say affirmations with me.

*My daughter is not autistic nor does she have any medical diagnoses. If you are reading this and have any concerns, please speak with your child's primary care physician.

More stories from Jenna Rae Mueller and writers in Families and other communities.