Blue-eyes and my son 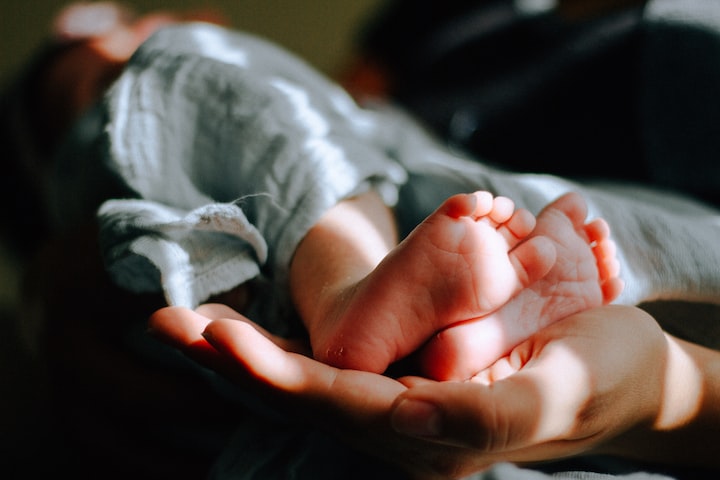 Photo by Omar Lopez on Unsplash

I sometimes wonder how a normal labor and delivery go, but as an abnormal person I will never know. And I have learned to be ok with that.

When I had my firstborn, he wanted to come 6 weeks early. When the doctors put me on bed rest, he decided that he just wasn’t going to come at all. So here I was, 2 weeks past my due date, having regular contractions that should have been doing something, but not making any progress. I wanted a natural birth. I wanted to be able to do this with minimal hospital interactions, but my body was not cooperating.

I finally agreed to be induced as thoughts spiraled in my mind about c-sections and my fear of surgery. I was terrified that my son wouldn’t be ok – that he would die in labor or that I would accidentally drop him or perhaps hold him wrong and his head would pop off. I had support from nurses who tried to reassure me over motherhood with countless facts and tons of information, but I couldn’t stop my brain from spiraling as I worried about the millions of ways babies die.

Perhaps it was the stress that my mind was placing on my body that prevented me from going into active labor naturally, but I guess that I will never know. My hospital bags were packed to overflowing – 2 suitcases for me, 1 for the baby, and 1 for my partner. Most of my hallucinations weren’t really prominent… more like distant people and creatures. That is, except for one.

The one hallucination had become a reality several months ago when I found out that I was expecting. A few days prior to me finding out that I was pregnant, my “spider” had babies. One of the green haired, fluffy, puppy-like spiders had become quite attached to me throughout pregnancy and went with me everywhere. This little guy I named “Blue-eyes” because his eyes were beautiful sky blue against his neon green fur.

As we were admitted to the hospital for induction, little Blue-eyes was bouncing with excitement in the corner. My Mom would be over in the morning or as needed to help with comfort during labor. Added to all of my other concerns, I was conflicted as to what would happen if any of my invisible friends didn’t like my child. I couldn’t see myself giving up the baby that I had hoped and dreamt of for so long, but I couldn’t exactly get rid of my hallucinations – trust me, I’ve tried.

It was a long night filled with contractions after my water broke, but I still didn’t make any progress. The next day was a 8 hour blur of Pitocin, IV pain medications that made my vitals spike and my son’s vitals drop, becoming bed ridden, getting a epidural that was helpful – yet didn’t provide near enough relief, and then having an argument over pushing with the doctor.

The doctor wanted me to push in a ten-count and my body didn’t want that, so I said no. I pushed my way and 4 pushes later, my son was out. Blue-eyes zipped to my side to see the baby, but was very respectful of my space when I was handed my baby. It was completely precious and scary. I remember asking repeatedly if he was ok and he was. The pushing that I had been so terrified of ended up being the best part of labor!

When they took my son away to be weighed and cleaned up, Blue-eyes followed him. When my son cried at something the nurse’s did, Blue-eyes growled and hissed at them. It was then that I realized that my hallucinations were going to be just fine with me being a mother.

Many years later, I still smile as my son is playing under the watchful eye of Blue-eyes. Even though I know my spiders aren’t real, it provides me with a little bit of comfort knowing that I can see the part of me that stays with my son when I am unable to. Plus it helps to feel brave knowing that you have a 2-foot across spider by your side – whether or not others can see it. Cue flashback to the first Beethoven movie when Ted’s bullies met Beethoven.

More stories from The Schizophrenic Mom and writers in Families and other communities.