by Blake Smith 11 months ago in book reviews
Report Story

My Favourite Kids' Book That I Had To Throw Out 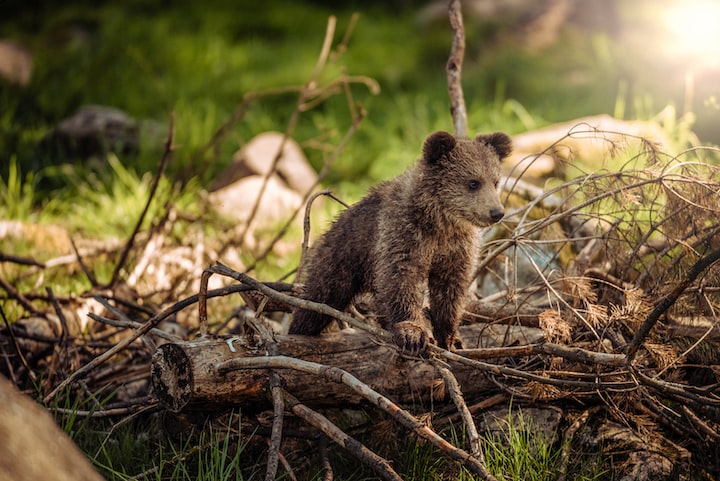 When I was a kid, my favourite book was about a baby bear. It was a story of a bear that got lost in the woods and had to get home to his family. It’s a classic introduction to animals with a basic storyline for babies, with the addition of some fake furs and feathers for some of the animals.

I don’t know why it was my favourite, or why I remember it. It’s a little bear who has wandered too far into the woods around his home. The woods are thick, but there’s a clearing with a pack of lions. He mouses his way up to them and asks the lions if they know the way back to his home. They point him in the right general direction and he leaves. He goes back into the woods and becomes worried that he’s lost his way again. He asks a fox, and it points him in the wrong direction. He doesn’t know it’s the wrong direction, and the lions were so helpful, so he assumes the fox is telling the truth. He changes directions and goes deeper into the woods. Luckily, he meets an elephant who points him in the right direction again. She explains that the fox was playing a mean trick. The baby bear is upset but grateful that the elephant would help him, so he changes his direction again, now heading back to his home. He’s alone, wandering again, and doesn’t recognise where he is. Then he meets a wolf who won’t answer his questions, so he just keeps going. The wolf doesn’t know the answer, so he just doesn’t say anything so he doesn’t lead the baby bear astray. The baby bear has no choice but to hope he’s still going the way the elephant told him. He thinks he should be close to home, but nothing looks familiar. He calls out to his family, but no one answers. He keeps going, calling for his parents, and a bird hears him. It tells him he’s gone right past where he needs to be. It flies through the trees while the baby bird follows underneath. In the end – as any kids’ book should end – the baby bear gets back to his family: his mother, father, and older sibling. Maybe not the world’s most riveting piece of fiction (and not the most accurate about what animals live near each other) but it was the only story I ever asked my mum to read at the time.

I used to sit and run my tiny fingers through the soft fur on the last page. The textures could have been the appeal for me. Or the simple but charming art style. Maybe there was something that I understood about it that I don’t remember anymore. Something about being lost and calling for your family, or maybe something about having to find your own way home while relying on strangers. It would be tragic to think I identified with this bear because his parents didn’t go looking for him. This little lost bear wandering the woods by himself, trying to find his way back home, because he knows that no one will come to get him. When he’s lost and alone, he walks right past his home calling for his parents. He only walks past because no one responds. It’s a stranger who gets him back in the end.

I found that book again. Mum is moving out of the family home, going through all the stuff we left, throwing out all the useless bits. The children’s books are being sorted into the ones we can keep for my siblings’ kids and the ones that are being thrown away. When I’m home I help sort through what’s left over. Out came this little story about this baby bear. I’d forgotten about it. It was so strange to hold it again. The edges were faded and warped, the colour had run from getting wet (however that had happened), and all the textures were falling out. Still, I knew it. It was my favourite book.

Reading that book used to take a very long time. I would sit and read all the words and gaze at the pictures until I could feel myself in those woods. I could smell the old bark and feel the hard dirt under my feet. This time it took about forty seconds, even while taking it slow. It was one sentence every page, and there was very little detail to any of the art. The lost baby bear gets home within a minute, and his family is not worried because he hasn’t been gone very long. The story makes sense now. He was scared over nothing. He was just being dramatic in the moment. He was never that far from home. His parents didn’t look for him because he wasn’t lost to them.

I ran my fingers through the matted fur. Chunks fell out between my fingers. I think I got some in my eye, that’s why I was crying. This old, foul fur had gotten into my eye. That was all.

Blake Smith is a student and aspiring author in Australia. Their work is influenced by their political leanings, trauma, and reading nonsense online. Who's isn't though? Did y'all see that orange with the limbs and the face? Terrifying :/

More stories from Blake Smith and writers in Families and other communities.