A Swim to Forget

by Don Money 3 months ago in siblings

The limit of brotherly love 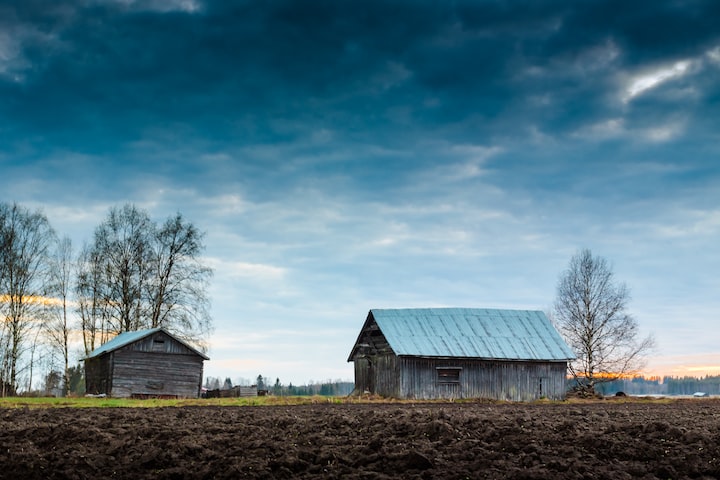 I grew up on a farm where we raised pigs. I enjoyed living in the country and our house was nestled in a valley where the same dirt road that led you in was the same dirt road that led you out. It was generally a quiet place and from anywhere in the valley, even though you couldn’t see the vehicle, you could hear it quite distinctly as it traveled down the big hill into the valley. The sound of the tires rolling across the dirt sending up pings of rocks into the bottom of the car or the wheel well.

I loved working with my dad and older brothers out on the farm. I would help feed the pigs, clean out the pens, and move them from field to pen. When they gave the pigs shots, I would use this red crayon like livestock marker to put a line on the pigs back so they could keep up with which ones they had finished. When a sow gave birth in the farrow house my dad would send me scurrying to the house to tell mom the number in the litter.

In the main barn, on one side, there were open air pens on concrete with a manure pit dug along one side of all the pens. The pit was about 30 feet long and 10 feet across. It was also about three feet deep full of the sludgy combination of manure and water. A plank of wood had been laid across the width of the pit to provide a shortcut so you would not have to walk all the way around. When cleaning out the pens someone would stand on the side of the pens that were under the barn and hose off the manure washing it into the pit.

One hot summer day my parents had been gone since before I woke up because they had taken one of my older brothers to a doctor’s appointment all of the way in Little Rock. My oldest brother Nicky and I had spent the majority of the day working in and around the barn. He had me taking care of menial tasks to keep me out of his hair. Between those jobs and exploring the barn with my imagination thriving in full effect, I was having a great day. We were anxious to find out the news about the trip to the doctor so throughout the day we kept one ear peeled listening for the telling sound of the truck returning to the valley.

It was late afternoon when we heard the sound of the truck swooping down the hill. Nicky called for me to get my butt down from the barn loft where I was engaged in moving the hay bales around to form a secret hiding spot. It took me a while to get down to him; so long in fact we heard the truck go around the curve by the barn that led to the house.

Nicky was frustrated we were not going to be there when they pulled in. So me being eight, little, and slow by his standards, he scooped me up so we could get there faster. He took the shortcut across the plank instead of walking all of the way around the pit. About halfway across there was a very loud crack as the board began to break. Nicky weighed his options in a split second, dumped his ballast, and performed an Olympic level long jump that had him clear the pit by a good foot.

Unfortunately, me being the ballast, I found myself tossed in the air and I took an unceremonious swan dive directly into the manure pit. I hit the manure in a flat spin, back first, and my entire body was submerged. Survival instincts kicked in and I popped up like a muck monster oozing stink, stank, and stunk. I wadded my way to the edge of the pit and rolled out as Nicky looked on in relief at his good fortune and in disgust at my bad. Trailing behind him, I waddled crying all the way to the house exuding a trail of sludgy shame.

I’m not sure if my dad saw me coming or smelled me coming but he was waiting at the edge of the yard with the garden house.

Read next: How Effective an Inpatient Drug Rehab is