A Pear Tree in Maine

by Gracelyn Kuzman 9 months ago in grandparents
Report Story

Year by year, month by month. 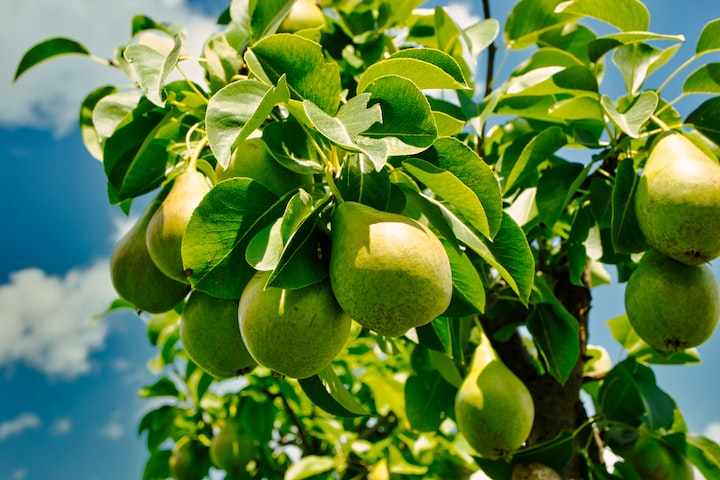 Photo by Олександр К on Unsplash

It was around 2010 that my grandmother decided she could no longer take care of herself, and insisted she move in with her son, my father, and the rest of our family. No one resisted. When Grandma Olive made up her mind about something, it was going to happen, and happen that day. We packed up everything she owned and moved her into the little apartment above the garage of our home in Maine.

There were eighteen stairs to get from the ground to the front door of the apartment and she insisted on climbing each one herself, though we would have felt more comfortable had she accepted assistance. I walked behind her carrying boxes of her things. The one I held on top was labeled “acrylics”. I didn’t know much about Grandma Olive’s life before she was my grandma but I did know she loved to paint.

“Oh I don’t know...by the rest of the canvases is okay.” she stated.

I walked over to the corner of the living room where she had already set up an easel. There wasn’t too much on it, except a light gray wash I assumed would be the background of whatever her subject was. I set down the box of paints on the floor and started flipping through a sketchbook on the table. The first page was dated January 1958 and on it, there was a charcoal sketch of a tree. The branches were full of leaves and looked heavy with fruit. On the next page there was another rendering of what appeared to be the same tree, dated February 1958. As the pages went on, so did the months and drawings of the tree.

“Gram,” I started, “did you do all of these?” I handed her the sketchbook.

“I sure did,” she replied. “In fact, I did all of these.” She pointed to a box on the floor. It was full of sketchbooks, each labeled a different year.

She pulled a random one out of the box and flipped through the pages. Month by month, year by year, she had drawn the same tree.

“Thanks Grace.” She paused for a moment, then picked up another book. This one was labeled 2005.

“These are the last sketches I got of that tree,” she said softly, “I haven’t been back in nearly five years.”

“Where is this tree?” I asked. Gram sighed.

“I grew up, up north. Only four or five hours north, but still farther than we are here. Inland Maine, nowhere near the ocean. It was quite the middle of nowhere but quite magical. It was me, my father and mother, and my six brothers. Seven kids. Can you imagine that now?! Anyway. This pear tree sat in our front yard. We lived on a bit of a farm. Not a real working farm, but we grew corn, potatoes, green beans, and apples, and had a number of cows for milk. We also had this one lovely pear tree in our front yard that seemed to have fruit on it all year. I know that’s impossible, but as a kid, it felt like it.

When the depression hit, my father lost his job. Seven kids to feed and no job. So we all went to work in the fields. We spent our days in the corn field or apple orchard picking crops and once we had plenty, we’d can them to make them last. I swear, out of all our vegetables and all our fruits, that one little pear tree produced the most out of anything. We had pears with every meal. Every day. You’d think we’d get sick of them, but we didn’t!

The town officials tried giving my father food baskets to help feed us kids. They thought we must be starving with such a large family and no income. Boy were they wrong. We ended up sharing our bounty with the rest of the town. For such a devastating time, it was truly delightful.”

She paused to take a sip of tea.

“I started drawing the tree when I was ten. I sat in the yard and used some old pieces of charcoal to sketch. It started as a hobby, something to pass the time, and I don’t really know why I kept doing it, but every month, I’d sit out front and draw the tree. It became a sort of study. Even when I got married. Even when I left the house. Even when I moved out of state, I’d return monthly to create a rendering. I kept that up for over 40 years.”

She took a long breath.

“That’s incredible, Gram. These are stunning.” I said.

“Yes I suppose they are. I just wish…” she stopped.

“I wish I could go back. I haven’t been in two years. Since my nephews sold the land. It’s not part of the family any more.”

“Why not?! We could absolutely go. You have to!”

“What if it’s not there?” Gram asked. “What if they cut the tree down? I know they were tearing the house down. I’m sure the tree went with it. I can’t bear to see the land without it.”

“We won’t know unless we go. I could look for you. Tell you if it’s there. What do you think?”

Gram paused. I could tell she was thinking hard. I didn’t want to push her, but really wanted to take her. I’d never seen where she grew up. She didn’t talk about it much. It was overwhelming to hear her talk about it now. I couldn’t get enough.

We convinced my parents to let me take her. Well, Gram convinced them. She told them we were going on an outing. A long outing. It was a four hour drive, but if we left now, we would make it before the sun set.

All the way up, Gram told stories about growing up on the farm. About her brothers. About her parents. About the war. About meeting her husband, my grandfather, who passed away a few years prior. Her face lit up when she talked about everyone. Her memory was sharp, as if these were occurrences that happened yesterday. It felt like magic. I never wanted the car ride to end.

But eventually, we made it. We pulled down a long dirt road and Gram gasped. Her eyes flooded with tears, her mind flooded with memories.

“This is it!” she exclaimed, “It’s right around the corner!”

We turned the corner and there it was. A pear tree, defying all odds, defying the laws of nature, standing nearly 70 years old, strong and proud.

We sat on a blanket in the grass under the tree, looking up at its leaves and branches, swaying in the wind. After a few minutes I turned to gram.

I handed her a blank sketchbook labeled: 2010. She opened to the first page and began to draw.

More stories from Gracelyn Kuzman and writers in Families and other communities.