A cry for a baby

by stephanie cetoute 2 months ago in children
Report Story 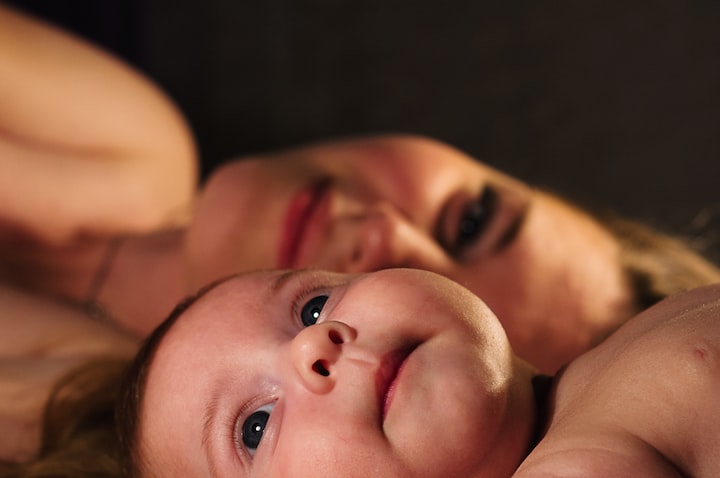 Photo by Oleg Sergeichik on Unsplash

Robert lived in the city with his mother. He lost her Dad when he was a young boy. His mother provided for her until he get a job. He became very successful. His mother wanted to get married.

Robert had a bad relationship in the past. He was very scared to date again. Robert decided to go to the village to look for a beautiful girl and be respectful.

On her way to the village, he saw a girl going to fetch water from the stream. Robert approached him and exchanged numbers. Robert asked her to drop him at her house.

She accepted and they went together. Robert saw the girl's mother and give him money. He left and told the girl that he will return to see him. , They have started a relationship. Everything went well.

6 months later they had a big wedding. Robert's wife moves in with them in the city. For a while everything was ok until Robert's mother started complaining, She need a grandchild. Robert told his mother that God gives children, When the time comes, God will grant children.

2 years passed no sign of pregnancy. A friend of Robert suggested that both of them have to see a doctor. Robert talked about it with his wife. Both agreed to go to see a doctor.

They went to see the doctor, they did a lot of tests. When they get the result everything going to change. The result indicated that his wife did something in the past after him to get pregnant.

Wow, Robert was shocked because his wife never mentions it anything in the past that can affect them getting a baby. His wife was cry heavily and asked her husband for forgiveness.

They left the hospital with sadness and went home. Robert has to tell his mother the result. His mother told her son that she knew that his wife had a problem.

His mother started shouting at her son's wife. His wife asked them to sit down and tell them the story. Robert's wife told them, She was raped by two men when she was a teenager. That was a bad experience she will never talk about it.

she almost killed himself. She felt ashamed of herself. She runs away from home. My mother looked for him and return home. She had decided to get an abortion.

She did after she took a long time to get his life back. God give me strength and continue to live. She promises himself that she will never be told anyone about it.

That is why she kept it from then. Robert and his mother get very emotional about the story and forgive her. Now they went back to the doctor to see if something can be done.

The doctor told them if his wife gets an operation to fix the damage, she will get pregnant. Robert told the doctor to do what was in his power to fix it money is not a problem.

His wife has undergone surgery. Everything went well. The doctor told them to give the body time to heal. Robert agreed and waited for a year until they tried to get pregnant.

After a year and a half, Robert's wife gets pregnant. Both were very happy. The pregnancy went well and deliver a bounce baby boy. His Mother-in-law was very happy and take good care of his daughter-in-law. God answers the prayer.

More stories from stephanie cetoute and writers in Families and other communities.