by Brian 16 days ago in grandparents 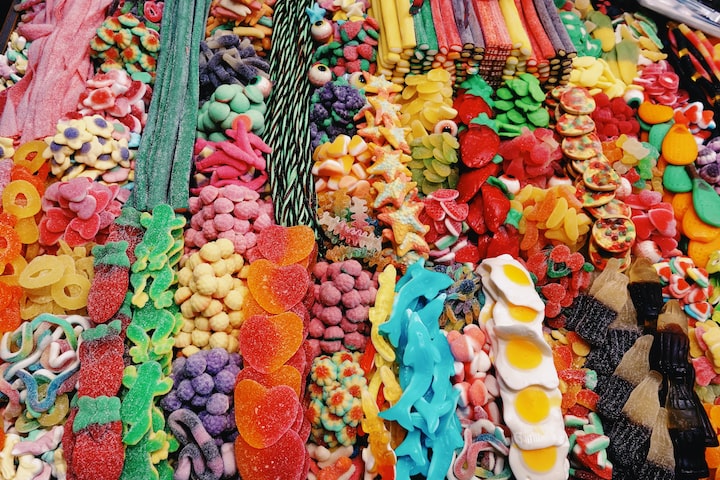 Photo by Luis Aguila on Unsplash

My daughter loves the subject of food. She can and will talk about it forever when she gets a conversational partner.

It’s no irony that she is the hardworking owner of three restaurants and a catering service in Seattle, Washington.

In these odd challenging times food seems to be one of the only topics that’s interesting but benign enough for almost everybody to share without making each other angry or depressed.

Non pandemic summers are the busy time in Seattle for the catering business. It’s the season for the multitude of festivals and outdoor music concerts that Seattleites have been waiting for during the long rainy months of winters.

It is summer when my ex wife, grandmother of Jesse’s 2 adorable red heads,Grace 9 and Xavier 7, commits to have them in Philadelphia for the month of July and 1/2 the month of August. It is also at that time I have the enjoyment of grandfather sitting for the rather spirited younguns to give her a break somewhere around the middle of the visit.

Now I live in a condo with many neighbors that legitimately feel that their parenting obligations are far behind in life’s order. They see their grandchildren fleetingly, if at all.

Although they try to hide it, they feel a bit put upon when their grown children visit even without the grandchildren.

They’d be crushed, however, if their kids didn’t TRY to visit. Many of my fellow senior condo dwellers are the type of people who want the warm feeling of being loved by family members but no longer have the emotional energy to show demonstrably displays of requited love.

Their love is expressed in a quick phone call convenient for the kids when they’re driving and don’t have anything better to do; ending abruptly when they reach their destination.

Possibly the last thing my fellow seniors may want are 2 little balls of red headed energy scampering around in the hallways of the condominium complex.

As a result, on more than a few of the nights of Grace and Xavier’s visits, I blank out the calendar to do list with Chuck E Cheese for dinner and — they love it.

A Grandfather’s initial thoughts of the social phenom known as Chuck E Cheese:

To me Chuck E. Cheese means an interactive restaurant that has its figures in your wallet coming and going. Not only can you get an overpriced slice of pizza with the consistency of one of those old vinyl 33 LP records but you can be entertained (I think that might be the right word).

Before, during and after partaking of Chuck E. Cheese rather limited fare your grandchildren can work with the entertainment aspect of Chuck E Cheese: play any of the games of wack-a-mole, skeeball, foosball and other arcade offerings. In addition, there seems to be a never ending assortment of crane-claw, video and touch screen games to suck up your tokens.

There are money changing machines in the place where you inject say —$20 and receive a seemingly endless jingle of tokens noisily bouncing around in the machine’s retainer cup.

Sounds much like hitting the jackpot on a Vegas slot.

The kids snatch up these tokens. Too many for little pockets, Chuck E. provides cups to hold them for use.

Here is the genius of the whole operation: with each achievement level in any particular game your grandchild wins tickets. These tickets, emblems of success, are redeemable at a section of the restaurant that has the rewards on display.

Usually the prizes are brightly colored junk like eye ball marbles, Chinese finger puzzles, spider rings and more rolls of hard candy than a person could consume in a lifetime.

On the back shelves but clearly displayed are the expensive items costing thousands of tickets apiece. Unachievable amounts without countless visits to the restaurant and its gaming tables.

All the while there are people in costumes walking around interacting with the kids in a bargain basement Disneyland type of way.

I figured, the last time I took the grandchildren to Chuck E. Cheese I spent about $30.00 in tokens. For that sum the kids won a 5 cent roll of candy and a 2 cent ring that had a black plastic spider on it whose legs snapped off before we got home.

Just who is this Chuck E. Cheese?

According to Insider: The Surprising and horrifying backstory behind Charles Entertainment Cheese.

Chuck E Cheese is a young mouse who grew up in an orphanage called St. Marinara’s, setting the stage for his pizza-loving persona to develop. Although he has never sung “Happy Birthday,” it’s his favorite song. He enjoys celebrating other people’s birthdays with them although he’s never experienced one of his own.

According to company spokesman they’ve lost his birth certificate.

However his real name is Charles Entertainment Cheese.

After winning $50 in a Ping video game tournament he used that money to purchase a one way bus ticket to New York and started his career.

He slept in an apartment above the kitchen of a pizzeria run by a friendly chef named Pasquale. However, when Pasquale found him he was so horrified to see a mouse in his immaculately clean restaurant he abruptly dropped his rolling pin.

Charles didn’t know what to do so he — sang.

Pasquale was so appreciative of the mouse’s beautiful voice that he forgot his anger and shouted in glee at the mouse, “My restaurant is saved. I’m a-gonna make you a star!”

Pasquale advertised the singing mouse at his restaurant but it didn’t catch on. People weren’t impressed; they walked out.

In the years that followed Charles created a franchise for birthday, singing, pizza and games that we all know and love as Chuck E. Cheese.

In the form of a calming bedtime story, I recited the Insider’s interesting interpretation of Chuck E. Cheese history to my grandchildren that night.

Gramps, can we go to Chuck E. Cheese tomorrow so I can win my spider his legs back?

grandparents
Brian
Read next: Understanding the Effects of Addiction on the Family
Brian

A lifetime of being involved psychologically, physically and fiscally.

More, much more when we get to know each other better.

See all posts by Brian →