by Kathy O'Neill about a month ago in courses 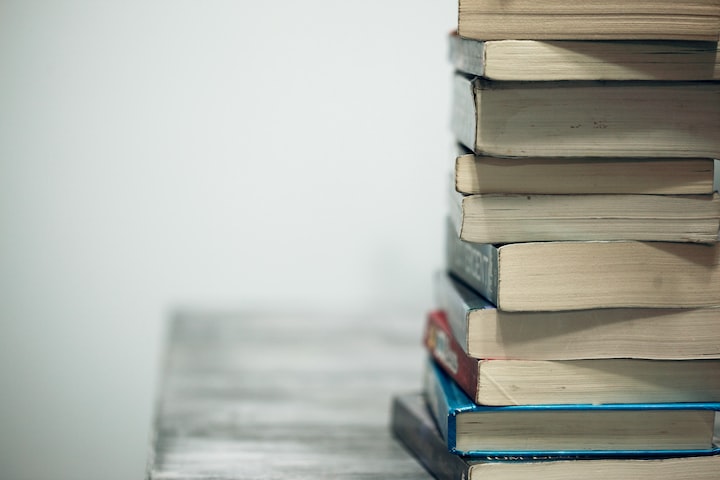 Most students study history as a requirement for graduation. All high schools require at least two years of history. Additionally, most universities require two courses in history. With that being said, most students do not like history because the content is viewed and irrelevant and boring. Many professors feed into that conclusion by being lecture driven. There are, however, many reasons why one should study history.

Voltaire once said, “History is a pack of lies we play on the dead.” History is not what happened, but a story of what happened. There are always different versions, different stories, about the same events. One version might revolve mainly around a specific set of facts while another version might minimize them or not include them at all. In order to study history, one must understand what history is. History is not the past. The past is the past as it is a record of events that occurred in times past. History is a discipline that includes collecting evidence, making meaning from the evidence, and marshaling the evidence into a discernable pattern. History is grounded in seeking the truth. Truth in history, however, can sometimes be a cultural construct. The dictionary begins by defining history as a tale or story. Then defines history as a chronological record of significant events, such as those affecting a nation or institution, often including an explanation of their causes. From all of this, one can conclude that the study of history should be the study of the stories of events from the past.

George Santayana once wrote, “those who fail to learn from the past are doomed to repeat it.” History is cyclical in nature and by learning from the past, one can avoid the mistakes of others. History is the recollection of events that have happened and are factual. By knowing these facts, students can learn how to progress without making the same mistakes as those who came before. Additionally, studying history provides a sense of respect and towards a community, a society, and a nation. History can also help its students improve many skills, like critical thinking skills, needed for other fields of life. The study of history is essential to society.

By studying history, one can foster a sense of patriotism. America is a country of tremendous nationalism and tradition, despite the apparent disunity of today. To picture the respect this nation gives to its Founding Fathers, one just needs to examine the flag. While the flag shows fifty stars representing the fifty states, the majority of the flag is occupied by thirteen stripes paying homage to the original thirteen colonies. The colors of the flag are symbolic as well. Red symbolizes hardiness and valor, white symbolizes purity and innocence, and blue represents vigilance, perseverance, and justice. Recognizing the struggles of the founders brings newfound pride and patriotism to the minds of the people. Studying history creates a sense of patriotism towards society as well as a sense of respect towards the people that sacrificed in the past for the well-being of the society. Understanding history increases wisdom and enlightens those studying it.

George Santayana also said, "A country without a memory is a country of madmen" A country needs a sense of national belonging. In other words, one belongs here. In studying history, one can build a sense of individualism. By finding others in history just like oneself, personal identity can be formed. Individualism is one of the main concepts of the United States. By understanding what that concept means for an American allows one to understand why events happen in the country.

The study of history is important because it allows one to make more sense of the current world. One can look at past economic and cultural trends and be able to offer reasonable predictions of what will happen next in today's world. Students can also understand why some rules exist in the modern world. For example, a scholar can understand the importance of the social welfare programs by studying the Great Depression and New Deal. History also allows us to see how the United States gradually created the Constitution after it had just fought a war against a central government that did not care for colonial interests. Without a background in history, one does not appreciate why the Constitution was revolutionary for its time. One can also look back on the Civil Rights movement and see why the United States puts so much effort into creating a system where everyone is equal before the law and has equal access to public amenities. Additionally, a student can see that the Civil Rights Movement’s work is not yet finished.

By studying history, one can become more knowledgeable about other subjects such as politics, economics, and writing. Historians and students of history learn how politics affects a nation, a state, and a city. This allows the student to be a more informed voter and therefore a more productive citizen. Economic trends have brought about booms and busts. By studying these, a student can become aware of the market trends and be able to save or purchase stock. To relay what one has learned in history, a student must be able to write. This will increase the student’s effectiveness in other classes as well as in future places of employment.

Fea, John. Why Study History?: Reflecting On The Importance Of The Past. Grand Rapids, MI: Baker Publishing Group, 2013.

A veteran teacher with experience helping students become successful in their own lives beyond high school. Manager on campus as a Department Chair and Coach. Veteran Coach and Veteran leader on campus in the A.V.I.D. Program

See all posts by Kathy O'Neill →