Why I Chose to Attend a Small University

by Veronica Macrae 2 months ago in college

A few reasons why a small university suits me better 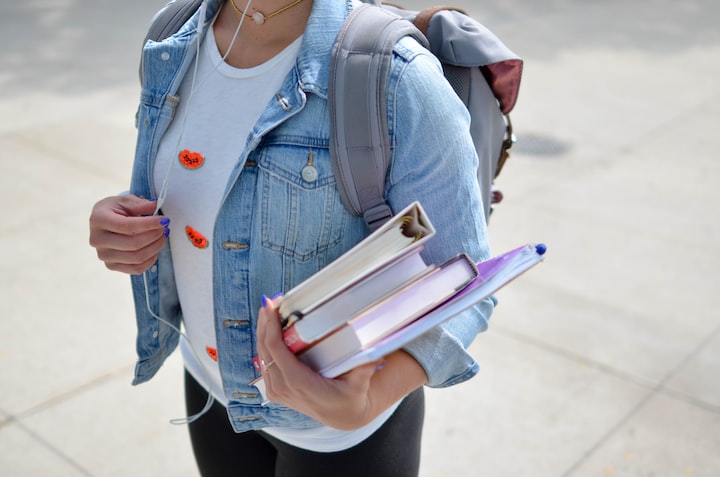 One of the most stressful decisions in my life was choosing a college. It was around the end of my junior year that I was constantly asked what college I was attending (or thinking about attending) and what I planned on studying. For a period of time, I had my sights set on the University of Michigan, mostly because my dad and older sister went there. It wasn’t until I started touring more campuses and researched more colleges that I realized what I was looking for in a college.

I toured six colleges. Michigan State University, University of Michigan, Grand Valley State University, Central Michigan University, Aquinas College, and Calvin University. I remember setting foot on Michigan and State’s campus and feeling so small. Graduating from a class of a mere forty students and then attending a university with a 30,000+ students was a traumatizing idea. On the tours, I was shown a 500 student lecture which was the complete opposite of my thirtyish student classroom at my high school. It was then that I realized I valued smaller class sizes where I could have better relationships with my peers and professors. I then toured smaller colleges such as Grand Valley State University and Central Michigan University. I liked the smaller class sizes, but it still felt just a tad too big. Lastly, I toured Aquinas and Calvin. Aquinas was small, which I liked. But maybe a little bit too small, every class was held inside one building which seemed too much like high school for me.

I actually stayed on Calvin’s campus for a month the summer before so I was most familiar with their campus. When it came down to the decision, I chose Calvin University (formerly Calvin College) to pursue a major in marketing. It was the perfect size for me in that it was bigger than my high school, but small enough for comfortable adjustment. After touring the campuses I realized that I needed small class sizes to minimize distraction and to build better relations. I needed supportive faculty (professors, RA’s, advisors, etc) because I was so used to one-on-one attention in high school. I needed a college that wasn’t far away, but close enough that I could go home on the weekends if I desired.

I have just completed my first year at Calvin University and I couldn’t be happier with my decision. At a relatively small university, I have the opportunity to get to know my professors, to focus more in class due to small class size, and to form a strong sense of community. Had I attended Michigan or State, I believe the transition would have been much more difficult, and I wouldn’t have made friends as easily as I did at Calvin.

It all comes down to what you want. At first, I thought I wanted to go to a big college because I had been raised in a small town. My advice to any junior or senior is to sit down and make a list of what you want out of your college experience, and then tour the colleges that best fit that list. Another piece of advice I would offer is to not let anyone pressure you into attending a college that you don’t want to go to, or going to a college because your friends are going there, or it’s the best in the state. If it’s not where you truly want to go, don’t go there.

I hope my experience helps with your college decision. I know it seems stressful now, but if you listen to yourself and not others, I know you’ll pick the right college. If you find this article especially helpful, feel free to leave a tip!

Just an average college student who likes to write in my spare time. Why not make a little bit of money out of it?

See all posts by Veronica Macrae →