What Student Loans Actually Earned Me

by Kisa Hart 2 months ago in degree

(and some things it didn't) 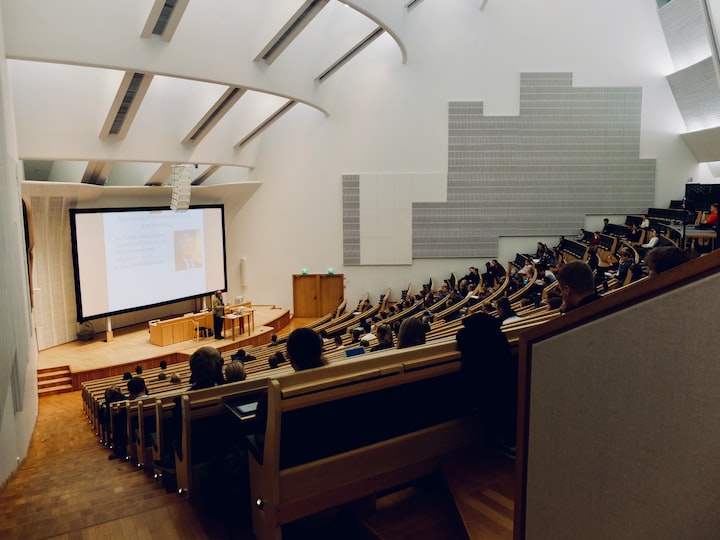 Photo by Dom Fou on Unsplash

When I first started school, I was pretty sure that going to college was the best way to get a good job and succeed in life. Not that I didn't know there were other paths - I definitely did - but I wanted to be an engineer, and that required higher education. So, I went.

What I didn't know, at the time, was the financial burden I was taking on. I went to a small private school with an incredible internship program and a scholarship that covered 60% of my tuition. That sounds like a lot, but I still l left with $75,000 in student debt. My minimum payments that next fall started at $750 per month.

On top of that, I didn't end up getting a job at an engineering firm. I chose a nonprofit, where my work is meaningful but underpaid. I don't make what an engineer would typically expect to, and so the debt I took on to get there felt even more impossible. My salary was under $50,000 and stayed that way for 2.5 years, even though I lived in a pricy city in California.

It wasn't all bad, though. Here's what I gained (even as I lost half my income for the four years after college):

1. The best friends I could have imagined

Yep, I'm talking my college roommates - not the ones I was placed with randomly my freshman year, but the ones I met in my favorite classes and clubs and everywhere else. They had similar interests, cared about the things I cared about, and we spent endless hours together.

Even after college, I'm still in touch with most of them - and they're some of the greatest people I know.

2. A frugal mindset that'll save me millions in the long run

If I had graduated without debt and gotten a high-paying job right out of college, I might never have been forced to live way below my means. I paid off my debt early, and if I keep up my current pace, I'm likely to be able to retire in 15 years, while most people are looking at a solid 40-year career plus some.

I missed out on some nice meals and trendy clothes, but really, I've always had everything I needed and more. I know how to be content with what I have, and although I still sometimes wished I'd done more over the summer to pay for school as I went, this was a lesson I needed in motivation and doing impossible-sounding things.

There's nothing magical to this, but I was at the exact right place at the right time. The nonprofit reached out to schools with my program, and I happened to respond to the email. I never planned to go into global health, or anything remotely like it. Tons of people I knew wanted to travel and save babies - but I wanted something stable, maybe eventally rewarding. My parents were both accountants, so my bar for "interesting" was set pretty low.

Despite the hundreds of jobs I was applying to, things only worked out for me when something fell into my lap. Like in most things - I had no control over this. I got my offer a week before graduation, after months of stressing about being behind because all my friends had their jobs set up before Christmas. I had been so sure that I had wasted four years only to end up broke, unemployed, and living with my mother... and then, suddenly, everything was fine and I had the most interesting job I'd never heard of.

4. I met my husband in the middle-of-nowhere-California

When I told people I was moving to California, they all pitured San Francisco or LA. Glamorous, high-tech, bustling cities with great reputations for young populations and lots of things to do.

What I got was much less interesting. I lived in the Central Valley, squished between the uber-expensive Bay area and Yosemite National park. Modesto, California. Nothing particularly interesting happens there, it's more of a transitory place between interesting places.

I still managed to stay long enough to meet the love of my life, though. We got married at a courthouse, in the middle of the pandemic, and I've never been happier. We were both only there for a few years, and yet somehow, we crossed paths at a time where neither of us was traveling and we were both open to seeing what happened.

5. Student debt motivated me to start a business

I've tried it all, these past few years. Food delivery apps, secret shopping, freelance writing... you name a popular side hustle, and I definitely gave it a shot. But, the thing that finally stuck was starting my own business.

Selling didn't come naturally to me, but developing products and building things did - the rest just came together with time. I learned that everything is figure-out-able, and I have been googling my way through it all ever since.

This has translated into new friends, interesting experiences, and a revived passion for doing something that isn't work. Which, given the global epidemic we're living through, has probably protected my sanity more than I could have known a couple years ago.

So, what did my degree and debt not get me?

The point here isn't that everyone should run out and get a college degree that costs tens of thousands of dollars - far from it. None of what I gained was actually contingent on my degree, or my major. And, there are probably a million other great versions of this story that could have happened had I chosen a different school or internship.

The point is that you don't necessarily get what you expected out of a four year experience, whatever it is. I though I was going to school to learn math and science and become an engineer - I've used almost none of that since graduating, and frankly, I didn't enjoy it much anyway.

I learned a ton - but more important than any equation was what I found out about myself, my friends, and my goals.

Receive stories by Kisa Hart in your feed
Kisa Hart
Read next: How Can You Call it a Job When You Love What You Do?