by ayden berkey 2 years ago in college
Report Story

Spoiler alert: they're struggling too! 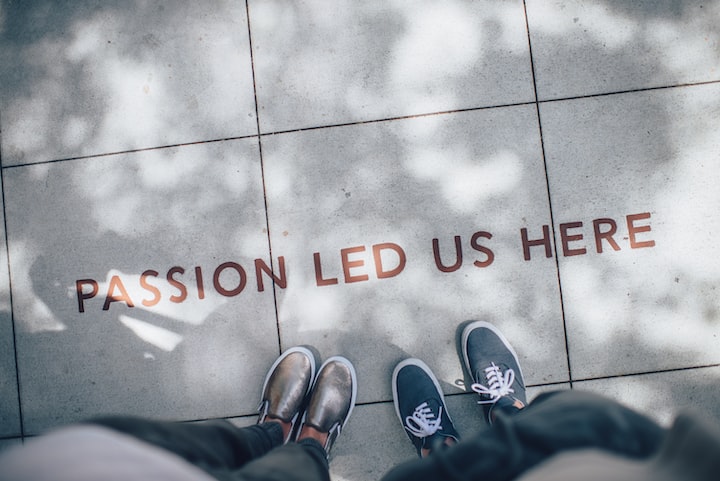 If you’re a student right now, there’s no doubt that you’ve had to undergo some major changes this semester when it comes to everything school-related. From recent polls taken on my platform over at Access Scholarships, I’ve heard from the student masses that adjusting to virtual learning has been okay, but has certainly come with challenges. In addition to providing as many resources as possible to help make this complicated time a bit easier, I also thought it would be helpful to provide some insight into what professors really think about virtual learning (spoiler: professors are struggling too!).

To get these perspectives, I reached out to 4 professors across various areas of study, ranging from Accounting to Graphic Design to Philosophy to Marketing. Here are their top thoughts, predictions, and pieces of advice that they had to share.

The professors varied in terms of their level of past experience with teaching online classes before the pandemic.

While some had taken full courses on how to successfully teach classes online, the majority of professors admitted that this situation was both new and scary.

All classes have required professors to put a significant amount of thought and effort into understanding what students need, how they can provide, and what tools are available to build that bridge.

The process of adjusting to virtual learning has been one that has been learned and absorbed slowly over time. While some classes are certainly more difficult than others to translate to valuable online curriculum, all courses, regardless of subject area, have proven to have their obstacles.

There are many justice concerns for students that stem from all aspects of virtual learning,

such as being located in different time zones, having poor internet access, unideal living situations, and mental-health related issues. Professors are keeping these concerns at the forefront of their minds, and making efforts where they can to eliminate these hardships for their students.

It is important to treat virtual learning differently from in-person classes.

As one professor I interviewed eloquently put it, “Just as we (intuitively) communicate differently in an email vs. in-person, we should acknowledge and respect that online classes are a different modality that has its own signature for delivering learning.” Therefore, professors have had to get creative when it comes to finding ways to keep students motivated to learn and on the right track.

Similar to the way many students feel, professors are feeling scared, pressured, stressed, and anxious when it comes to providing their students with enjoyable virtual learning experiences.

Learning how to efficiently use the technologies for online learning is overwhelming, and it feels like any small mistake (in or outside of an instructor's control) can "ruin" a class. The workload required in putting the pieces together to create a positive virtual learning experience is no small feat.

Professors miss a lot of things about in-person teaching,

such as the ad-hoc discussions that occur organically in the classroom, having the ability to get to know their students, being able to have a “read of the room”, and the ease at which they can measure student progress.

Despite the pitfalls of virtual learning, professors have found some silver linings in the experience.

The unique situation has opened them up to new ideas and innovative ways to deliver an effective learning experience in their online classrooms. Additionally, because student’s names are viewable when you are teaching on a platform setting, people use each other’s names a lot more, which really helps with engagement and creating a tight-knit group. Online learning has also encouraged professors to initiate more small check-ins to gauge where their students are at, which is a good teaching practice regardless of the method of delivery.

but know that they stay up until the early hours of the morning brainstorming how to make virtual learning a better and more rewarding experience for everyone involved. Dani, a Philosophy professor, unequivocally stated that “sweat and tears have definitely gone into those late nights and early mornings.”

In terms of advice for students (especially first-years), professors had a lot to say:

If you made it to the end of this post - thanks for reading! If you’re a student, I hope I have left you with some helpful advice, and that I have encouraged you to approach the trials and tribulations of virtual learning from a unique perspective.

7 Strategies for Successfully Organizing and Executing Your Scholarship Search

Quick & Easy Scholarships All Students Should Apply For

More stories from writers in Education and other communities.