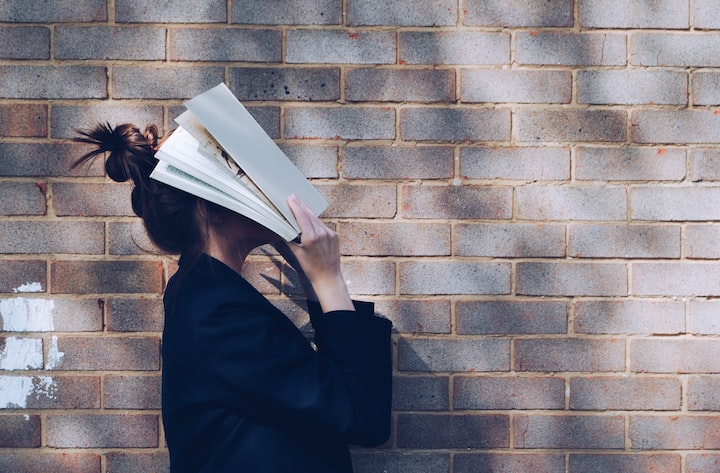 I didn't go to university (uni) straight after I finished high school. I didn't even apply. I was one of those "gifted" kids loaded with "potential" who inevitably disappointed all of my teachers because, at 17, I didn't have a clear idea of what career I wanted to pursue for the rest of my life. Shock, right?

I'm also plagued by a rigid sense of logic which I apply ruthlessly to everything in life. And what exactly is logical about asking a teenager to commit themselves to 3 - 6 years of expensive higher education to pursue their "dream career" when they haven't spent 5 seconds in the real world and probably decided they wanted to be a lawyer because they really enjoyed the tv show Rake? (The original Australian version, not that American monstrosity starring Greg Kinnear).

Of my friends who did go to uni straight from school, 80% of them changed courses at least once, if not three times during their secondary years. They racked up huge HEX debts on wasted subjects from incomplete degrees and graduated as "qualified", maybe by the time they turned 25. The 20% that started and finished the same degree straight out of school did teaching or nursing, and I'm convinced that's because the guarantee of employment on completion was highest for those two sectors.

As for me? I took the traineeship route, where you complete a certificate in something like business admin while you work and get paid. I figured that at least wouldn't go to waste, and I could get straight out into the workforce. I finished the 12-month course in 6 and floated around in a few office roles for a year or two, and eventually ended up in a sales role with one of the largest employers in town.

Everyone who heard I got that job basically congratulated me because I had found my retirement job. Once you had a foot in the door in this organisation, you didn't leave, ever.

Um, no thanks. I decided it was about time I explore the university route. After all, I'd gained some life experience, and I was a few years out of school. Surely I was now qualified to be making these kinds of important decisions about my future with far more clarity and wisdom.

I applied to study a Bachelor of Laws online. Distant Education was definitely for me as I was now old, wise and far beyond the uni party scene. I'm also a socially awkward introvert, so it made sense.

As for the subject matter, being a lawyer seemed like something that would tick the box in terms of reaching the potential everyone was so sure I had. I had a solid moral compass and a strong sense of justice. I was really good at debating when I was in school. Plus, people were always saying I was like, really smart and stuff. I also love the show Rake; Cleaver Greene made being a Barrister look sexy AF, wig and gown included.

It turns out, studying law is definitely not sexy. And it's super hard to do via distance when no other part of your life is associated with that at all. When I started to convince myself that binge-watching episodes of Rake counted as studying, I knew it was time to tap out.

I told myself at that point that uni really wasn't for me.

For a start, I'm not too fond of academic writing. Referencing is the bane of all existence. The lack of flexibility to be creative was soul-crushing. And the idea that I would have a list of references at the end of my work that I hadn't even read that vaguely aligned with a point I'd made, so no one accused me of plagiarism, seemed completely illogical.

Plus, at no point did I see how any of the work I was doing was actually going to help me do the job at the end of the six years it would take me to achieve the qualification.

How then, you may wonder, did I end up with another incomplete degree under my belt?

In that very same organisation, I was terrified of retiring in; I'm currently an Organisational Development Manager and part of the Senior Management Team. I worked my way up from the bottom. I'm really good at my job, and that's evident in the work I do. However, it didn't sit right with a few Executive Managers that I didn't have anything on paper to say I was good at my job. So, when I was promoted, it was with the condition that I begin an MBA (Master of Business Administration), they would fully fund my studies, and in the end, I would be 100%, inarguably qualified to do my job... that I was already doing and by the time I graduated, would have been doing for three years.

I didn't love the thought of going back, but I figured a lot of the content would be things I already knew so it wouldn't require too much effort to pass, it was free, came with paid study leave and would look good on my CV, so why not?

I found the course and uni that I wanted to do myself, and this particular MBA had exit points, which was the most appealing part. It was a three-year degree, but you could graduate with some form of qualification at the end of each year without completing the entire degree. Perfect.

The exit points also told me that I'm not the only one that wasn't likely to finish a degree.

There are obviously other flaky, erratic, commitment-phobic, capable, intelligent humans out there that the rigid university degree structure isn't suited to.

I'm currently on an extended leave of absence from uni while I'm on parental leave. And I have not missed it.

I only have two subjects until my next exit point, so I'm trying to suppress the sick feeling I get in my gut when I think about going back and tell myself to just get that far.

But it's easier said than done.

So, I guess what this says about me is that fitting inside the box isn't easy for me. And the uni box is small, suffocating and totally rigid, which doesn't at all align with my personality or what I need to thrive at work (or life).

It also says that the way the higher education system is designed means that there are a lot of capable people out there, likely missing out on opportunities because, for one reason or another, they didn't get that piece of paper.

I've learned a damn sight more being out there in the world, working and living than I ever have from my online tutorials and textbooks. In fact, everything that has ever gone into an essay or assignment has been drawn from things I had already learned before I started uni. I'm sure they have their place and suit some learning styles perfectly, but surely by now, we can move past the requirement of a piece of paper to help us determine whether someone is qualified or suitable to do a job?

If I complete my MBA, that will be worth more to a potential employer than the years of applied practice I had in learning to do that work. In my mind, the piece of paper, after three years of doing a job, is for all intents and purposes redundant. All it's really telling you is that I can read, write an essay and figured out how to use endnote.

The main message, apart from pointing out that I am indeed a giant flake, is that a one-size-fits-all approach to education is outdated and in dire need of review.

I can see much more benefit from traineeships or apprenticeships in developing skills to successfully perform at work. I'd love to see kids able to leave school and jump straight into real-life, hands-on learning that they don't have to commit thousands of dollars and the next six years of their life to attaining. That they can move on from if they so choose, knowing that the knowledge is embedded and may be useful to them in years to come.

It might even result in fewer 30+-year-olds like me still wandering around aimlessly wondering what the hell they want to do when they grow up.

Thanks for reading. If you enjoy my ramblings about why my privileged existence is so tragic, then you might also enjoy this article:

I have too many thoughts. I write to clear some headspace. | Instagram: @thelittlepoet_jw |

"To die, would be an awfully big adventure"—Peter Pan | Vale Tom Brad

More stories from Jessie Waddell and writers in Education and other communities.