The Teenage Years - An Essay on Growing Up

by Pamella Richards 7 months ago in high school
Report Story

The Bullying Stopped when I empathized 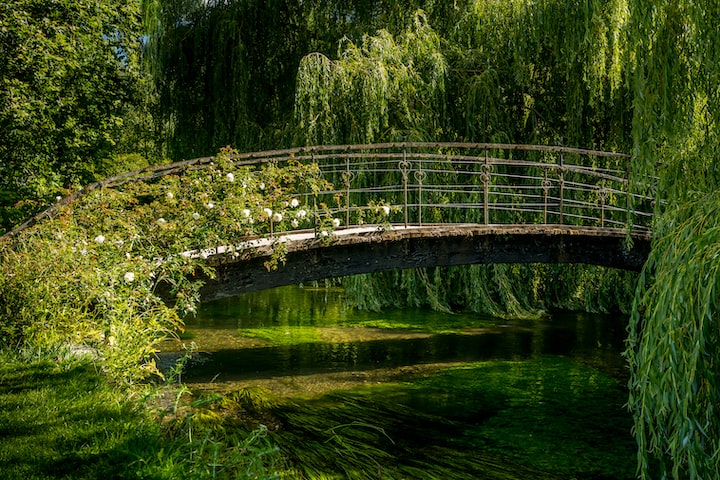 It was 1968. At school we were set the task of writing an essay about adolescence, I was 14 years old at the time.

It did occur to me to write about the bullying, but felt it would only get worse if I ‘snitched’ on them. So, I went for a walk to get some inspiration, just like I do nowadays, and made my way down to the common and the River Test in Hampshire. I stopped halfway on the bridge.

Looking down into the water, it was as running clear as ‘gin’ and sparkled as it rippled over the pebbles. It seemed that life had stopped, the sky was clear and blue, there was no breeze rustling through the trees, but the river still flowed…

…and I thought, this is what adolescence is like. The river of life rolls on regardless of our turmoil and troubles, on the bank I had left was my Childhood, just memories now. On the far bank, Adulthood and my future, all our futures. In the middle were the teenagers, neither one side, nor the other, in the middle with our youthful years.

These thoughts provided the concluding paragraph to the essay, and it seemed easy to build the story around this. I described the courage it would take to cross the bridge into adulthood and not stay in the comfort of childhood any longer.

My English teacher loved it and read it aloud to the class. I could feel my cheeks burning with embarrassment. But something very strange happened that day, it seems that my vulnerability and the capacity to understand other people at a deeper level resonated with the class.

So the bullying stopped, I was no longer called horrible names, punched or pushed around. I had made it over to the far bank, and the river babbled happily in my young life.

‘Bridge over Troubled Water’ was composed by Paul Simon, and was included on the 1970 album of the same name, which proved to be their fifth and final LP.

Simon wrote it very quickly, so much so that he later asked himself: “Where did that come from? It doesn’t seem like me.”

He wrote the song about providing comfort to a person in need.

Simon wrote it as “a little hymn.” Garfunkel and producer Roy Halee thought it was more epic, and convinced him to write a third verse. His “little hymn” thus got a grand production, and after hearing it, he thought it was too long, too slow and too orchestral to be a hit single.

However, Clive Davis at Columbia Records heard the commercial appeal of the song, and insisted they put a lot of marketing budget behind it use it as the album title. — Extract from Smooth Radio

Crossing the Bridge to the Future

Many people feel like this at some point in their life: when they are leaving home, their country, a relationship or friendship, a job and are standing on the bridge between the knowledge of the past and the uncertainty of an unknown future.

It takes courage, it takes faith, it takes a deep belief in yourself not to fall from that bridge and be swept away. There are many famous bridges and many famous stories, none more so than the:

Bridge of Sighs in Venice

According to legend, the name of the bridge comes from the sighs of prisoners who crossed the bridge on the way to their prison cells or the execution chamber, catching their last glimpses of Venice through the tiny windows.

The bridge and its unforgettable name became particularly famous after Romantic poet Lord Byron referenced it in his 1812 book “Childe Harold’s Pilgrimage,” writing, “I stood in Venice, on the Bridge of Sighs; a palace and a prison on each hand.”

Perhaps that is the essence of humanity, to see a Palace in the life we have created for ourselves, or a Prison we have made from our own fears.

It has often been said that the hardest thing in life is to know which bridge to cross and which one to burn.

The river flows, and will continue to flow. Life can be sweeter if you go with the flow, but sometimes we must have the courage to be like the Salmon, and swim upstream against the current.

Thank you for reading the story in my youth.

Beekeeper and lover of the countryside. Writer, Gardener and Astrologer

More stories from Pamella Richards and writers in Education and other communities.