by Bree Gwendolyn 10 days ago in student 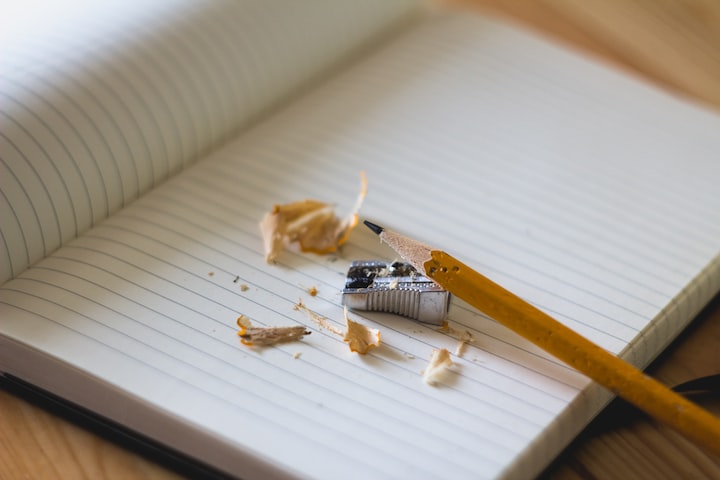 Photo by Angelina Litvin on Unsplash

Holy time flies! So it’s been two months since I’ve posted. Solid whoops. But I’m back! Today I was asked if I ever got detention in school and if so what for. Thinking about it my detention stories are actually kind of funny. So today I think I’m going to give you guys two stories in one!

I honestly don’t remember the name of this teacher. It was like 15 years ago. Holy crap... just taking a moment to acknowledge that it’s been FIFTEEN FREAKING YEARS since elementary school.... so I’ll probably just refer to her as the teacher throughout this story. But as per usual any other names mentioned have been changed out of respect for people’s privacy although this story does not include anything inappropriate!

Set the stage. Fifth grade. I was actually kind of popular, it didn’t last, but my two very best friends of the time were two guys. Danny and Griffin. Danny and Griffin and I had been in the same classes for all of elementary school. It was a day like any other in our class except today we had a substitute teacher. And this particular substitute was definitely one of those ladies that seemed to hate children but loved being in charge. She was very strict way beyond necessary and in particular she decided she HATED me.

Now I’ve always been outgoing and very high energy but I had never had a teacher outright hate me. It honestly didn’t make sense to me. Perhaps it was part of her power trip complex to just choose one student to torment.

She chose the wrong bitch.

So the whole day no matter how well behaved I was I was in trouble with her. So I was getting pretty tired of being her personal punching bag but I was still trying to stay well behaved. I had never been in trouble and didn’t want to start then.

“Why are you out of your desk? Quit disrupting the class!”

“I’m sorry, I just wanted to sharpen my pencil”

“Well that could wait.”

“Except I’m supposed to be taking notes. I can’t take notes with a broken pencil, you’d be just as mad at me if I was sitting not taking the notes right now.”

“I don’t understand what your problem is.”

“That’s it! You’re staying in from recess!”

If I had been in a cartoon you would’ve seen steam coming from my ears in that moment.

“You’ve got to be fucking kidding me.” The class audibly gasped. It was fifth grade, swears directly addressed to a teacher was still pretty crazy. The teachers jaw dropped. Just then Griffin stood up.

He simply and silently walked over to the pencil sharpener and sharpened his pencil looking out teacher dead in the eyes. Danny followed behind.

“Sit down!” She barked at them.

“We’re just sharpening our pencils,” the snark in his voice brought a mischievous grin to my face. I’ll admit I’ve always found a bit of joy in productive defiance.

“Both of you sit down or I’ll send you all to the office right now!”

And to my shock Danny made the next move. He looked at Griffin and I then looked our teacher dead in the eyes and snapped his pencil in half. Griffin and I immediately followed behind.

I thought for half a second that her head would just explode. She quickly sent us straight to the office.

Now when I tell you that the three of us were not bad kids I’m not kidding. We got to the office and the secretary was genuinely confused as to why we of all students were standing in front of her.

It was barely a minute after we reached the office that the office phone rings, our teacher explaining that we need to see the principal.

We were ushered into the principals office and the simply asked us what happened. If I remember correctly I actually started to panic cry. I have ALWAYS been really awful in confrontational situations like this. To this day I will straight up savage af take a bitch down and then immediately go cry afterwards. Anyways, our principal asks what happened and I somehow manage to sniffle out a response through my sobs, Danny and Griffin backing my every word.

It was one of those long winded explanations where you’re talking super quickly in one giant run on sentence pausing only for a second here and there to choke back tears.

We spent the entirety of recess in the office but left without being trouble. No call to our parents or anything. We walked back into that classroom with an attitude and an air of confidence that just screamed ‘fuck with us now’.

The teacher left at the end of the day without bothering us again. Now I won’t say that we caused her to lose her job, I have no confirmation of that, however, I never saw her teach at another school again.

Now I was going to tell that story and then jump straight to high school but this story has reminded me of others like it. SOOOOOOO. I’m going to tell the others in another post. So look out for that coming soon!