by Xenna Smith 9 months ago in student

Reading, writing, speaking, and other forms of literacy are something myself, and many others, take for granted. think back on your life and your experience with literacy, have you been ungrateful for this ability like me?

“Good job! The English language is hard for us Smiths.”

That was a recent text from my dad in response to a positive critique of my writing I shared with him to help him feel as though his hard earned money to help me get an education is going to good use. “Hard” just seems like a strong word to me though. It may be a difficult subject for him, a guy who is more interested in how a computer works than analyzing diction in Mary Shelley’s Frankenstein, but it never felt very hard in my experience. It wasn’t hard for me when I was speaking in conversation at the mere age of 12 months old, or when I was confusedly accepting the award for best student in the English department in eighth grade when all I did was exchange notes with my middle-school boyfriend in that class. In fact, it has always come pretty easy to me.

I guess my reluctance to finish essays, my casual slang in how I talk, or how he could never catch me reading a book for fun led him to believe it was something that did not come to me naturally, but in actuality, the English language is NOT hard for this Smith. And it never has been, but that does not mean that I ever really enjoyed it. And after years of resenting the forced refining of my literacy abilities through rigorous English classes because I felt advanced compared to others, the harsh realization that I neglect to be appreciative towards my natural literacy abilities has begun to weigh down on me.

My ungrateful apathy began at a very young age. Both of my parents struggled to care about school while growing up in the late 1980s and early 1990s era of rebelling against traditional institutions. They did not complete high school in a traditional manner, choosing to drop-out, “discover themselves,” and then realizing that having a GED is important to making decent livelihoods, so they went back. Because of the mistakes they made, they instilled in me from a very young age to strive for comprehensive education, and to have fun while doing it. When I was a young toddler my parents quickly realized math and science were not my strong-suits; I had an extreme reluctance to add two blocks plus one together, and they said I always had an un-fascinated, glazed-over stare when they took me to our local science museum. But, where I lacked in the STEM subjects, I excelled in language, reading, writing, and overall literacy. I began speaking earlier than all the babies my age, and with speaking came hours of reading along with it.

“ABCDEFG…” the melodious song echoes throughout my preschool classroom, every young child giddy to sing along, knowing they are learning as a big kid would. But the tune did not escape my mouth in a roar-like fashion like my other peers, but rather trickled out reluctantly and softly like a slow leak, because frankly, I was tired of repeating the alphabet, and I was ready to move on to discovering more knowledge. I flipped through books uninterestedly, consuming every word but never really digesting them. My parents noticed how quickly I mastered books, and would pile new ones onto me—a never-ending cycle of disinclined reading sessions that helped me become more literate with every word. 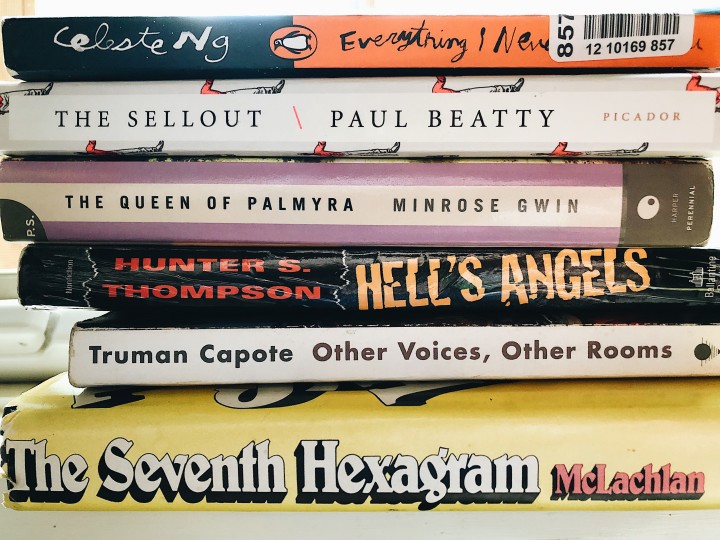 My vocabulary grew with each book, and so did notes home to my parents about my incessant talking that would interrupt the class. I loved talking. I still love talking. I could talk all day about pretty much anything, and I did. I would talk over classmates who I felt never got to the point quick enough, and having a more advanced speaking ability than most of my other peers gave me the ability to take control of situations easier. This unchecked abuse of my literacy skills haunted me throughout grade school, almost every report card made claims of me being loud, talkative, and “bossy.” But, those same report cards also had near perfect reading/writing grades, so my parents chose to overlook my troublesome attitude.

Children’s books quickly turned into novels, as I progressed through elementary school and I started to sort-of like reading. The A Series of Unfortunate Events saga by Lemony Snicket hooked me right away, and at the time my mom was an assistant teacher in a middle school, so she tried to ask me critical questions about the books—tried. I recall never appreciating being forced to learn from the books I read, turning the novels into a supposed knowledge-gaining experience. But I had to get over it, or at least bottle the resentment inside, because classes went from learning the ABCs, and how to hold a pencil, to seriously exploring skills in rhetoric and literacy, which I was obviously good at, but considered to be a complete snooze-fest.

Around this time, standardized testing, IQ tests, and other dull, inaccurate determinants of our “intelligence” started burrowing their way into the common-core education. My family would boast that I supposedly had a 12th-grade reading level in only fifth grade according to whatever long test I probably fell asleep while taking. As someone who was only in the 12th grade less than a full year ago, I do not think 11 year old me could have handled reading Nathaniel Hawthorne’s The Scarlet Letter. As the school-system started noticing my strengths in English, they began throwing more literacy obstacles for me to overcome, and I kept apathetically taking them on.

My junior year of high-school arrived in the blink of an eye, and the question of whether I would take Advanced Placement (AP) Language and Composition had an obvious answer. Entering into a setting where my literacy abilities were challenged was certainly an eye-opening experience, it quickly made me realize I was not as advanced compared to others as I thought—but I was still pretty advanced. I was also thoroughly invested in my school’s communications class where writing, speaking, and many other determinants of my literacy skills were tested every day. I excelled at my literacy abilities throughout high-school in the same fashion I had been excelling my entire life, but I began to become aware of the fact that there were other people who were not as lucky as I was. 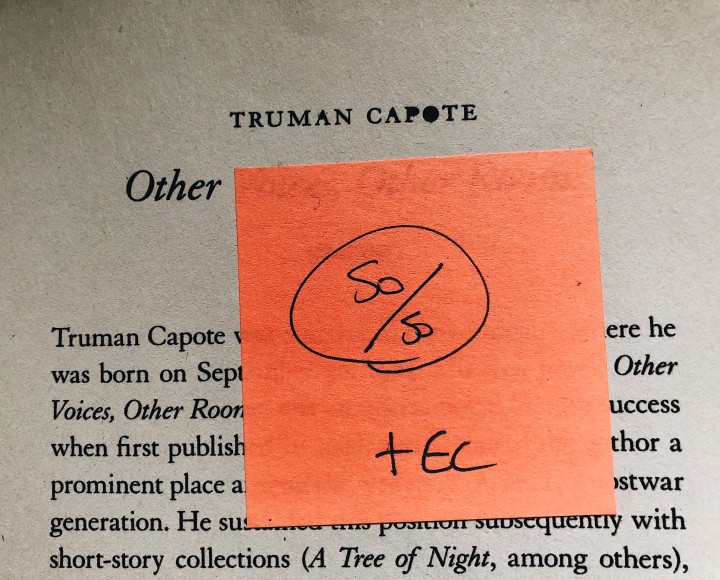 The STEM fields have always been something I desired to be proficient at, because I simply wanted to get through all my required math/science classes painlessly, and maybe even have a career that paid extremely well. I would always express my jealousy towards people who did well in those subjects, but those very people would express jealousy for my skill in English in return. I was always confused why they were envious of my adeptness for reading, writing, and speaking, because it seemed like people with careers that have those facets as the main expectations made less money, and that those skills were less specialized.

For so long I was under the ignorant assumption that literacy came easy to pretty much everyone, and I saw no reward in perfecting my literacy abilities, and thriving within the knowledge I was gaining. But then I quickly realized that it does not come easy to many people, just like how I am with math and science, and the difference between them and me was that they are still expected to be wholly literate people that write, read, and speak effortlessly day-to-day; meanwhile, no one is expecting me to complete difficult calculus, or find the velocity of a rolling ball when I find no inclination to succeed at doing that. No matter where anyone’s life path takes them, what is perceived as "skillful" literacy is, unfortunately, necessary to live easier, and sometimes even succeed more. And if someone is not what others consider to be literate, they are seen as unintelligent, lesser people—which is certainly not the case.

This epiphany has changed the way I see literacy completely, and has forced me to be introspective towards my life as a literate person. It is pretty easy to say I was ungrateful for my literacy, especially ungrateful for my talent in literacy. Speaking in front of strangers, writing essays for classes, reading my textbooks, and all the other daily tasks asked of a college student are a breeze for me, and now I realize they are not a breeze for many people I pass on the way to class.

Those times throughout my school career where I chose to nap through class, there were students having a hard time taking notes fast enough; when I would get back an A- essay grade for something I had completed in one night, the peer next to me had been slaving over the assignment for days to only get a C+. I feel immense guilt upon this awareness I have gained, and truly do feel as though I have been ungrateful of my literacy. I will choose to learn and grow, and hopefully understand those around me, aiding them on the shared journey for the mastery of one’s own interpretation of literacy.

just a young media-professional trying to do her best

See all posts by Xenna Smith →