It's About the Kids

by Jenn Kirkland 2 months ago in student

A Day In the Life 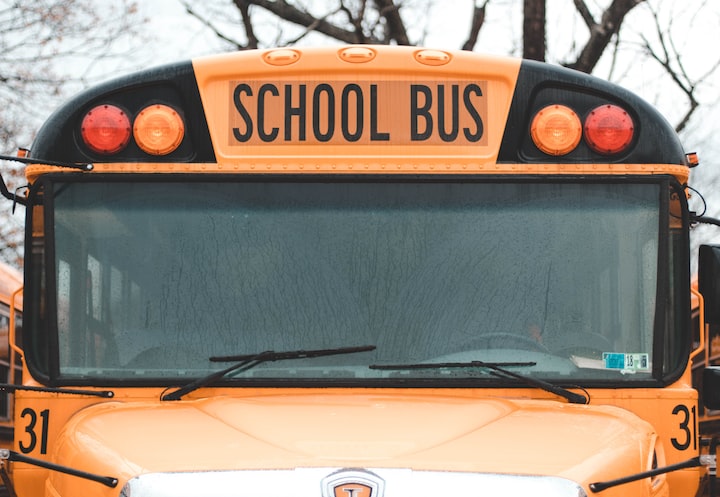 Photo by Austin Pacheco on Unsplash

I don't have a commercial driver's license (CDL), I can't drive an actual bus, and I often transport my students in a white van (don't worry; it has windows and I don't offer them candy!) or an older Ford sedan (that used to be a drivers' education vehicle before that service left the schools and went private).

But I am still a school bus driver.

I transport the students who live in unstable housing situations - maybe they were kicked out when they turned 18 and they're couch-surfing with friends, or perhaps their new house isn't ready but they had to move out of the old one so they're in a hotel, or maybe they live with extended family just outside the district boundary because theirs can't afford rent, or perhaps they got out of an untenable situation and are living in a shelter. The reasons for unstable housing are varied, and can be everything from temporary (like the child whose home needs repair due to a broken water main) to tragic (such as a kid who has no support because they came out as LGBTQIA+ and their adults disowned them).

Most kids need, more than anything, stability in at least one aspect of their lives. That stability and consistency are keys to keeping kids in school, and if there is a lack of that in their housing situation, they fall through the cracks. That's where I and my fellow McKinney-Vento drivers come in; it's our job to provide consistency and support for these kids, and by extension often some special needs students. If there is a special needs program in our district that a student from another district needs, and they can get the waivers to attend, it's the job of the district where they live to get them here, my job to get them home, and the inverse is true as well.

People often ask me about the program - "hey, you're in a van instead of a yellow bus!" - and one kid during summer school actually refused to get in my vehicle because they expected the yellow bus. We had to call their parents to convince them it was okay. But people do ask if I'm a teacher or what, and my answer (when I don't have time to explain the whole thing or link Wikipedia articles!) is usually something like, "I'm a paraeducator on wheels."

It's true. I've helped (younger) kids with their math homework (if it's just arithmetic I can do it in my head) and geography; discussed favorite cars, pizza toppings, ice cream flavors, video games, Disney Princesses, superheroes (and had the Marvel vs. DC debate); amused several with my halting Spanish; admired their art and science projects (but only at the actual bus stop); discussed English language arts and tropes (one delightful child actually explained with great seriousness that Iron Man is good but not nice even more than Batman is, because he comes in for a landing using copyrighted music); and "shoes and ships and sealing wax."

I love my job. I don't want to drive a bigger vehicle with more students, because I really enjoy getting to know the kiddos' individual selves. It was really hard for me during the height of Covid; at least the teachers got to see their kids on Zoom!

And if I can help any kid by just driving them to and from school, and having a comfortable chat as I do it, then that's all to the good.

Receive stories by Jenn Kirkland in your feed
Jenn Kirkland
Read next: Greif Hidden in the Margins