Finally I Get a Degree 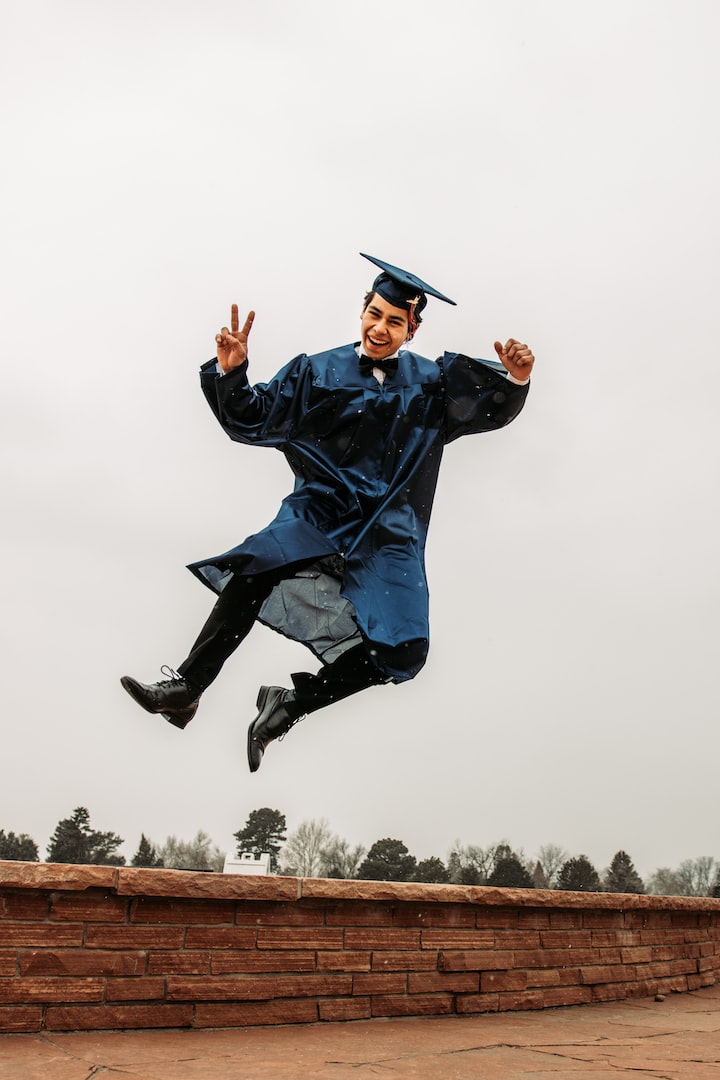 Photo by Jakob Rosen on Unsplash

On April 21, 2022 I wrote my final essay for the semester. In June I get my Bachelor of Integrated Studies degree. It's been a long time coming!

When I grew up in suburban Montreal, most kids went from Grade 11 to first year university. To save money, I attended one of the few Grade 12s available and went right into second year of a Bachelor of Science program at McGill University in the fall of 1967.

University was a complete change for me. Something I was not ready for. It requires an amount of self-discipline I did not have. My marks in May 1968 were abysmal: four Cs, three Ds and I dropped out of Organic Chemistry.

With my marks as bad as they were, I went for career counselling. They told me I was best suited to be an accountant. An accountant! What the heck! Lord, that sounded like the most boring job imaginable. Accounting? Never! But I did switch faculties and in the fall I was in second year of a Bachelor of Commerce degree.

Universities in 1969 were a seething cauldron of political activism. It was the heyday of anti-Vietnam war protests. The new left was active at McGill as it was at universities around the continent.

In January that year 400 students at nearby Sir George Williams University (today Concordia University) occupied the computer lab over allegations that had been festering since the previous year over alleged racist marking of black students by a professor.

After a week and a half, the administration called in the riot police to have the students ousted. A fire broke out and 97 students were arrested as they fled the building. $2 million in damage resulted. It was and remains the largest and most expensive student protest in Canadian history.

Interestingly two of the student leaders went on to have distinguished political careers. Roosevelt Douglas went on to become Prime Minister of Dominica and Anne Cools became the first black Canadian Senator. She remains the longest serving Senator of Canada.

The Commerce Undergraduate Society (CUS) responded with a massive turnout at the next Student Council meeting where our Commerce rep on council proposed a motion endorsing the Faculty of Management and the valuable roles managers and businessmen played in society. Over 200 Commerce students attended. It was my first ever demonstration and it was exhilarating.

After the meeting Commerce students mingled and chatted and it was then that my life changed forever. I had no political opinions at the time and I mentioned to the CUS Vice-President that I had attended a meeting of the most radical leftist group on campus, a Maoist group, out of curiosity. He said before I got sucked in by those whackos I should read Atlas Shrugged by Ayn Rand.

That simmered in the back of my mind until the summer break when I came across Rand's Capitalism: The Unknown Ideal in a bookstore. The author's name rang a bell so I snapped it up. It was the single most life-changing book I ever read. I started writing letters to the editor of the daily newspaper. One of those letters led to a phone call from a Rand fan who asked if I'd be interested in joining an Ayn Rand study group. I jumped at the chance and met some other Rand fans who went to McGill.

But I fell prey to the know-it-all student disease. Longshoreman philosopher Eric Hoffer expresses it well in this quote from his Syndicated New Articles.

Hoffer meant this to refer to the radical left as he wrote his syndicated columns from 1968 to 1970 when the leftist activism was at its most strident. But the idea applies to anyone who believes he has found "truth". As he put it,

It would take me many years to learn this. In the immediate present, it led to a checkered run at McGill. 1969-1970 was a so-so year with Bs in psychology and accounting, a D in management (I found the course too leftist) and a fail in economics (I foolishly decided to take a course in labor economics—not a good fit with my new enthusiasms.) I was promoted on a Reduced Load, which meant fewer courses per year and an extra year.

That proved beneficial again as I did very well in BComm4R. My enthusiasm for Rand led to an interest in philosophy and I got As and Bs in my philosophy electives. I got Bs in computer science and management. Computers back then were huge IBM mainframes which we programmed with punch cards. I learned Fortran IV and Assembler computer languages.

Over these years, we libertarian/Objectivists had infiltrated the Progressive Conservative Club which was now a de facto Objectivist/libertarian club. My checkered career so far was bad year, good year, bad year, good year. One year left to finish my degree. I don't remember what I took that year because I have no transcript. But it was shaping up to follow the pattern I had set—a bad year. I was more interested in campus politics than in studying.

In December of the 1971-1972 year leftist protestors disrupted the taping of a television show called Under Attack. Each show was filmed at a university campus and featured two consecutive guests. Each guest would speak and then a student panel and members of the audience would grill the guest. Two shows were to be taped. One of the guests on the second taping was to be Charles Black of the conservative Young Americans for Freedom. As the Black segment was about to begin, dozens of protestors swarmed the stage shouting "Fascists have no right to speak."

The majority of the audience, including myself, voted to have the show go on but the leftists refused to relinquish the stage. The show was cancelled. And I spent all night until the wee hours of the morning writing what was reputedly the longest letter to the editor of The McGill Daily ever published.

By February of 1972, I knew I wasn't going to pass the year so I dropped out to join my friend Tony for a trip to Disneyland. We traveled together to Orillia, Ontario where we visited an old friend of mine. Then Tony went ahead to visit an old flame in Calgary and we were to meet up again in Vancouver for the trip south.

There were no cellphones back then and Tony and I missed our planned rendezvous. With no way to communicate, Tony went to California without me and I ended up staying in Vancouver. The first month in Vancouver is a story in itself which I have recounted here as A Month on Skid Road.

After two years in restaurant management and shoe sales, I landed a job in broadcast television. I took a few courses at BCIT and several at Simon Fraser University, but working fulltime and trying to finish a degree proved unworkable.

Fast forward to 2014. I retired after forty years in television, mostly in the news department. I thought about going after that degree again But it wasn't until January 2018 that I finally went back, this time to the highly-rated University of the Fraser Valley in Abbotsford where I then lived.

The university allowed me to transfer a good number of credits from my years at McGill and my courses at Simon Fraser in the 70s. Taking one or two courses a semester with a focus on philosophy and political science, I completed my last two courses this past week.

This time around I had shed the mindset Hoffer noted, that I was there to teach and not to learn. I followed Steven Covey's fifth habit in his The 7 Habits of Highly Successful People: Seek first to understand, then to be understood. I received straight As in all my courses and hopefully will get As again in the two courses I just finished, one in political science and one in art history.

I owe a tremendous debt of gratitude to all of the professors I had over the last four years. Every one of them was joy to learn from.

At 73, I may well be the oldest graduate this year. My academic advisor has asked if I would be okay with the university putting a short biographical sketch on myself in their convocation brochure—the story of the guy who finally got a degree after 55 years was, she thought, inspirational. Many students, she said, think of dropping out, of giving up on the dream of getting a degree. But with perseverance it can be done, even if it takes 55 years. The lesson is, never give up.

Shortly after I went back to university in 2018, I wrote a music column for the Guardian website on Songs About Youthfulness. I ended the column with these two paragraphs:

I don't know if I'll ever get to the Ph.D. level but I've reached the first milestone. I'll take a year off from academics now to write and reflect, travel and enjoy time with my grandchildren. Then I'll think about a Masters. Maybe I'll get a part-time job as a Teaching Assistant or guest lecturer. Life is good!

More stories from Marco den Ouden and writers in Education and other communities.