by William ONeill 4 months ago in interview

Doing the decent thing isn't always the right thing to do 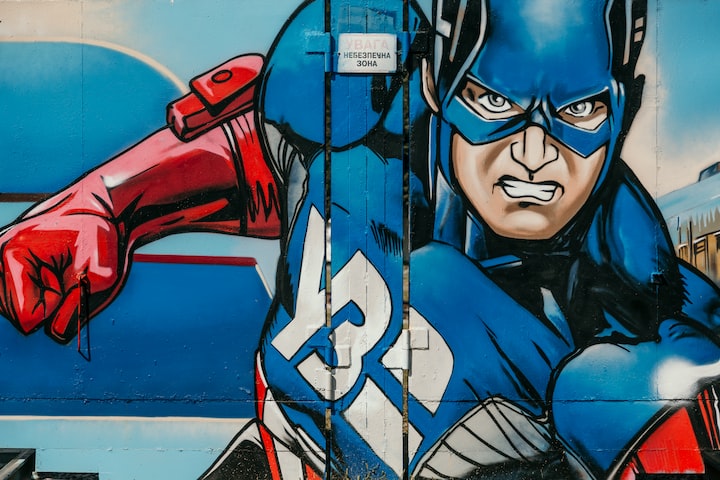 Over a fifty plus year career I could tell many a tale about some of the shenanigans that go on in industries such as film and tv, advertising, public relations and retail sales, and in education. Some of the most memorable moments came from job interviews, for all the wrong reasons.

I had applied by telephone for a job as a drama teacher at a secondary modern school in a Derbyshire town about fifteen miles from where I lived. I was immediately given an interview for the afternoon of the very same day. I guessed their need was pretty urgent to want to see me straight away and I could hardly wait to get going. Hopefully if they were in such desperate need I would have no trouble landing the job.

I arrived at the college admin block at the allotted time and appeared to be the only interviewee around. I took this as a good sign and felt more and more confident as the minutes passed by. My interviewer confirmed that they were in such desperate need that they were looking to make an immediate appointment. After twenty minutes of the job being explained and a short discussion about my credentials I was offered the job right there and then. All that was left was for me to be given a short tour of the facilities I would be using and it was a done deal.

At the end of the tour we headed back to the teacher staff room, just off the entrance and main corridor. Suddenly what appeared to be a fight broke out. In fact it was not so much a fight as a vicious assault. A sixth form overweight bully had a much younger, smaller, kid on the floor and was beating the hell out of him. There was blood on the floor and what amazed me was that my interviewer did not intervene. So I took it upon myself to step forward and physically haul the big bully off the young kid. The poor boy scrambled to his feet and ran for his life with a stream of blood running from his nose and at least one black eye to boot. Problem solved. Errrr, well no, not really.

The interviewer invited me back into the staffroom and told me that the offer was being withdrawn due my actions.

"What, so you have to leave the victim to take a really bad beating?"

"I'm afraid so. The big bully could legal action against you."

"These days the kids and their parents are all bar room lawyers. He could claim that you assaulted him."

"Well that is totally ridiculous. I simply placed my hands underneath his shoulders to lift him off the kid to let him get away."

"So what are you supposed to do then if you can't restrain him?"

"You can try to manoeuvre yourself between them, keeping your hands to yourself, and take the hits for the kid."

So much for being a hero, a job won and a job lost before I could even get started. I now know why people try not to get involved.

Many years before I was in the business of advertising as a freelance copywriter. One day I got a call from a man called Bernard who was the Creative Director at a major agency which was looking to appoint a new full time writer. Bernard had heard all about me on the advertising grapevine and asked me over to the agency for an interview. The only problem was that the agent was some forty miles from where I lived, but the money on offer would more than compensate for that and so off I went for the interview.

During the interview I was being suitably quizzed about my cv and at the end offered the opportunity to ask any questions. I asked for clarification about three minor points, when suddenly Bernard totally floored me.

"Well, to be honest, the real reason I asked you over was to find out what was going on at McCann Erickson where you last worked. Is the Creative Director still having an affair with his secretary?"

I could hardly believe my ears. This fool of a man had got me to go out for the afternoon on a wild goose chase for nothing more than to to get the latest gossip from a previous employer. Needless to say I just stood up and walked out with a disdainful look back at him.

A year or so later Bernard did for me again. He got made redundant with a handsome payoff and went directly to my main client, another big agency in the same city where I was the house freelance copywriter, and offered to work free for a full year. Needless to say they took him up on his offer and I got laid off. Thank you Bernard, you snake in the grass, wherever you are.

My final tale of interview woe involves a very large corporation in the education field. I 'd had an email offering me an online interview on a Sunday morning. My wife wasn't happy, but work is work and bills have to be paid. The interview went well and I received email confirmation that I had been given the job. I was sent all the details of where I would work and what day I was to start. The email also gave me details about an afternoon of induction about an hour from where we live. And they sent me a copy of the contract to sign and bring with me.

On the day of the induction my wife and I got up early and set off for the capital city of our prefecture. We arrived half an hour early and were kept waiting in a corridor with nowhere to sit. Eventually the previous group came out and I went in with about half a dozen others.

They insisted on taking my photograph and finger prints, plus there was a finger swipe drug test. For the following two hours we went through the induction process with all manner of slide presentations and a feedback session. At then end I tried to hand in my signed contract, but they declined to accept it as they said that I had not yet been entered into the system. They said that it would be sorted the following Monday morning, in plenty of time to start work.

On the following Monday I got an email stating that this time I had not been successful in getting the job.I was stunned since as far as I was concerned I had already been given the job. When I tried to challenge them about this they simply ghosted me and failed to give any reply.

I have had a somewhat chequered career and extraordinary working life. There isn't much I haven't seen. From drunk and insulting interviewers to high drama bloody nosed fights. All in a day's work as they say.

Receive stories by William ONeill in your feed
William ONeill
Read next: Direct Admission in MBBS From Kazakhstan