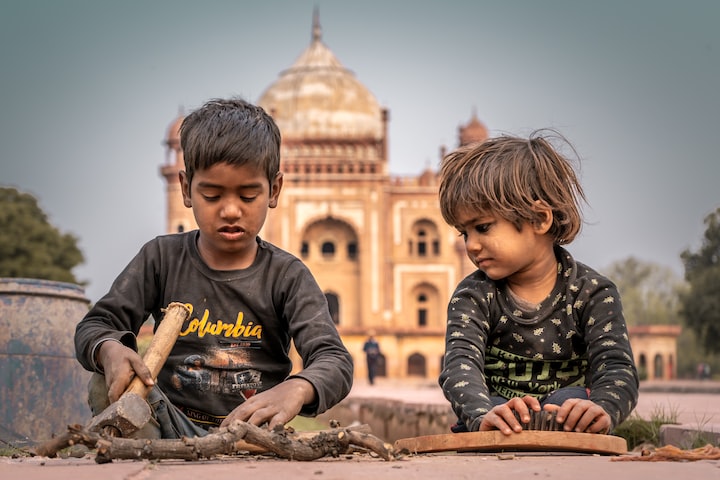 Photo by Atul Pandey on Unsplash

Focus on education has tremendously increased over time. It is encouraging to note that nearly 96.5 per cent children are now the school goers. But in the backdrop of this statistics there is a bitter truth: despite the constitutional provision for free and compulsory education for the children between the age group of 6-14 years, quality of education and infrastructure continues to be disappointing. Administrative callousness compounds the problem further. A survey by the "Child Rights and You" (CRY) finds that children continue to be refused admission to schools because of the lack of transfer documentation, birth registration and proof of residence. In some cases, parents of school-going children are compelled to pay fees. Such instances point to a serious bottleneck in the education system of the country. This along with the following facts and figures makes education still a challenging proposition in India:

1) Large Number of Illiterates: India harbours the largest number of illiterates in the world. Presently, nearly 36 crore people are estimated to be illiterate. The number exceeds even the total population of most countries in the world.

(1) Large Number of Illiterates: India harbours the largest number of illiterates in the world. Presently, nearly 36 crore people are estimated to be illiterate. The number exceeds even the total population of most countries in the world.

In 2011-12, according to NSSO data, the rate of unemployment among graduate youth in rural areas was 19 per cent while that in urban areas is 16 per cent. The situation is more grim in case of female graduates. Nearly, 30 per cent of the female graduates are unemployed.

(3) Gender Bias: There is still a significant gender-bias' in offering opportunities of education to male and female children.

The enrolment ratio is relatively low for the female candidates and their drop-out ratio is considerably high. Education system in India thus needs a substantial change in the attitudes of the people. It is important to promote education among women to improve

their economic independence and social status.(4) Low Rural Access Level: There is a high degree of disparity in access to education. The access level' is considerably low for the rural population compared to the urban population.

(5) Privatisation: There is a growing trend towards privatisation of education. Being very expensive, private education has tended to widen the gulf between access level for the rich and the poor. There is almost a drought of educational opportunities for poorer sections of the society.

(6) Low Government Expenditure on Education: The government has failed to fulfil its commitment of spending nearly 6 per cent of GDP on education: actual expenditure has been around 4-5 per cent only. This points to the gap between what is intended or desired and what is actually achieved.

Given these facts, there follows an obvious inference that education in India has failed to reach the masses, and has also failed to break the vicious circle of illiteracy-illiteracy breeding poverty and poverty breading illiteracy.
Government Expenditure on Education

Expenditure incurred on education can be measured in two ways as percentage of total expenditure of the government and as percentage of GDP. The Education Commission (1964-66) had recommended that to make noticeable growth in educational achievements, the Government of India must spend around 6 per cent of GDP on education. In 1999, the Government of India appointed the Tapas Majumdar Committee, which estimated that the government would need to incur an expenditure of 1.37 lakh crore over a period of 10 years (1998-99 to 2006-07) to bring all the children in the age-group of 6 to 14 years under the education cover.