by George Dillard 5 months ago in college
Report Story

It doesn’t have to be this way. 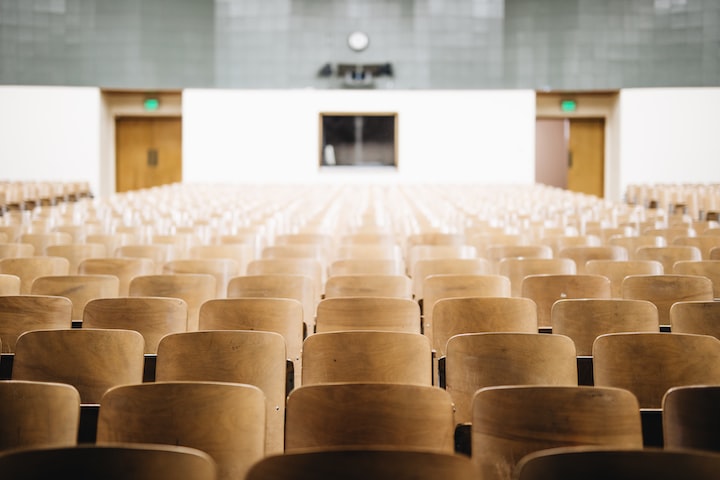 It’s that time of year.

The high school seniors that I teach are swinging back and forth between exhaustion and stress. They’re in the middle of a college admissions season that started last school year with college visits, dominated the entire first quarter of their senior year, and will hang over many of their lives until April. The system is cruel, capricious, and stressful. They know it. And it doesn’t have to be this way.

College admissions, especially for “selective” colleges, has become a more stressful and ridiculous process over the last few decades. And it’s all the adults’ fault. Over and over again, adults in the admissions industry (and it is an industry) have added to the stress and strain on American 17-year-olds. And the adults have done this to make their own lives easier. (I fully acknowledge that these students would probably do just fine if they went to the local, less selective public university. But the adults around them have pummeled them from an early age with the message that there are massive advantages for the students who can get into to the “right” colleges. However true or untrue this is, it’s the world they’re living in, and the set of assumptions they carry.)

In the 1990s, when I was growing up, high school students would apply to a few colleges, maybe 3 or 4. The due dates for these applications were usually January 1 of their senior year. The students would knock out the applications and related essays over winter break. They might visit these colleges at some point during the admissions process. Then again, they might not. They’d send applications off, hear back from the colleges in March, and make a decision by April.

These days, if you are a high-achieving high school student, here’s what your college counselor will recommend:

This process is grueling and stressful for students. It’s expensive, too — all of those college visits and application fees can add up. Colleges have pushed students to spend more time working on applications, spend more money, and make decisions earlier than ever before. Students who apply early decision have to give up their bargaining power and forego the ability to evolve and change their thinking as they mature over their senior year.

For many high-achieving students, senior year of high school is almost an afterthought — they may have applied to the college they will attend before their first-quarter report card is mailed home, and application work will overshadow their regular school work. By the time the process is over, students are often less elated to finally look ahead to college and more exhausted by the marathon they’ve just run.

This is, as anyone who has lived through it as a student, parent, or teacher can attest, a stupid and cruel system. It puts too much unnecessary stress on 17-year-olds. Of course, some of the problems in the system come from the increasing precarity of the American upper middle class and the anxieties of parents and students. But who’s stoking those anxieties, and why?

Here’s the truth — most of these changes that have made college admissions a brutal marathon for kids have been made by adults in admission offices in order to make their own jobs easier.

Admissions officers want to have predictable numbers each year; they want to be confident that if they make X offers of admission, they will receive Y enrollments, and those enrolled students will be able to pay Z in tuition. They don’t want a situation where more freshmen enroll than there are spots in the dorms, or, worse, they don’t admit enough students to fill the class. They need to make sure they have a certain ratio of full-pay students to financial-aid students. All of this is understandable — these risks could make life difficult for the adults who run the colleges.

So admissions professionals have solved these problems by pushing the uncertainty off of themselves and onto the country’s 17-year-olds.

How can colleges make sure that they get enough of their admitted students to enroll, and that they don’t end up with too many students who are entitled to lots of financial aid? Entice students to apply early-decision. Early-decision applicants will almost certainly enroll if admitted (given that they’ll have no other offers on the table) and feel like they have to accept whatever financial aid offer the college gives them. In fact, the early-decision process is a good way (one of many!) to quietly weed out needy or working-class kids from the applicant pool, since they will be less likely to be able to put all of their eggs in one basket and take whatever financial package a college decides to offer.

Early decision also allows colleges to have firm enrollment numbers earlier in the process. Then they can reject lots of their regular-decision applicants and get the selectivity number right where they want it. They can also string students along, putting them on waitlists to keep them on the hook until it’s convenient for the colleges to either admit or reject them.

In short, college admissions officers — the gatekeepers of institutions that supposedly have students’ best interests in mind — have made their jobs easier by creating a system that is stressful and grueling for kids who aren’t old enough to buy a pack of cigarettes yet.

A sane system would be one in which the adults assume the risk and the stress, and students go through a process that is engineered to help them have a fruitful senior year. Sadly, that’s not what the adults have created. The seniors that I teach have, over the last decade, had their lives dominated more and more by this process. And it’s a process that has made many of them bitterly cynical.

The kids are smart enough to realize that behind the brochures with glossy pictures of leafy campuses and diverse, happy students lies a system that does not have kids’ best interests in mind. They know they may run this gauntlet, play the adults’ game, and still lose out to the rich kid whose parents can pay full tuition and maybe make a big donation someday.

What message does it send to these future leaders that their first steps into adulthood take place in the shadow of exploitative institutions and cynical adults?

More stories from George Dillard and writers in Education and other communities.