by MerleVillalobos 4 months ago in student
Report Story

One day in late autumn, I took advantage of my leisure to drive back to my grandmother's house 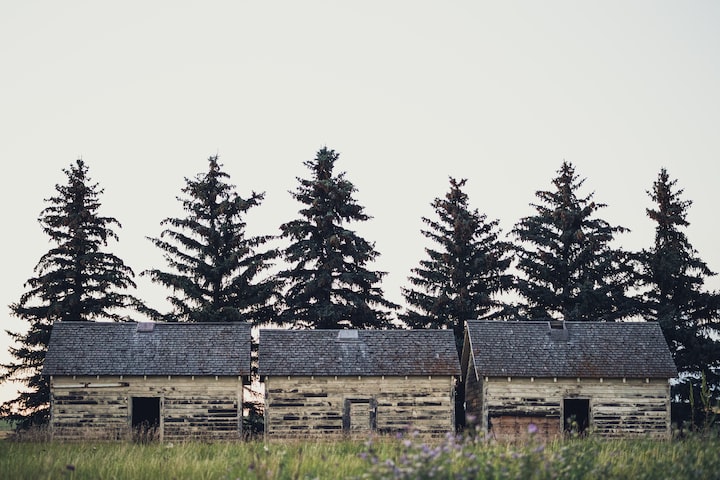 One day in late autumn, I took advantage of my leisure to drive back to my grandmother's house, a village full of sunshine ---- Liu Tan Bridge. Due to the convenience of the car, although the ride on the wind, is not too fast, 50 or so kilometers on the line in just forty minutes.

Grandma's house, the entrance, and the rice have been spread out flat on the field. Grandma was sweating as she rolled the grain. Due to the sunlight, the rice shone with a golden sheen, and Grandpa's skin was tinted with a strong copper color.

I approached my grandfather and saw him tumbling the grain one after another, sweat falling drop by drop on the ground, his dark skin with iron-blue veins slowly pulsating with his breathing.

"Grandpa, Grandpa, won't you change?" Looking at grandpa working so hard, I couldn't help but complain. "You, buy a grain stripper, it saves time and effort than your old method!" Grandpa didn't reply, just smiled slightly and greeted me.

Grandpa fanned the beads of sweat on his face with his bucket hat, turned his face to me, and said, "Try breathing deeply." I took a deep breath and exhaled slowly. He then asked, "Do you smell anything?" I nodded, and my nose continued to sniff the lingering fragrance. "The rice coming out of the grain stripper, is there?" I shook my head slightly. Grandpa's lips and teeth pursed again.

"And what is this smell?" Grandpa continued to press the question. "What I smell is rice with a little bit of a fresh scent," I said. Grandpa smiled openly and said, "It's not the smell of rice, silly boy, it's the scent of sunlight."

I was deeply amazed by this experiment and felt the magic of nature, why do only the sunny grains have a fragrance? Grandpa shook his head and said he didn't know either, he only discovered it by chance when he was turning the rice grains into the sun. He said, "This is probably the natural clarity.

My grandfather and I sat by the paddy, and from there, we talked about the scent of the sun in a heartbeat. Newly tanned quilts, newly tanned clothes ...... seem to be a golden soft dream, the fragrance of light just like that faintly flowing out of childhood. Since there is a dryer, that clothing fragrance faded away in the memory, actually never thought it was the reason for the sunshine.

Grandpa has his philosophy: "You urban people, ah, are underestimated sunlight, ah, there is sunlight, the taste of the air is different, let's say the plants well, have you ever distinguished the difference between plants in the sun and green plants in the house?" The skirts and feet of time dancing, and whenever I walked in the park in the sunshine, walking past the tall balsam fir trees, I would indeed smell something unusual and fragrant.

I would sit like that by the rice cereal, breathing, again and again, hoping to savor the fragrance of the sun. Seeing that I was so solemn, Grandpa said, "Actually you don't have to breathe deeply to smell it, it's just that your sense of smell has changed in the metropolis."

Changed, changed, yes, long years of things more, it is easy to change a person's nature, and difficult to heart to find things themselves relatable and lovely. "Iris flies the hostile sky, look at the peak of the heart; warp affairs, the peep valley forget to reverse." Return to the nature of nature, and uphold a true and clean heart.

Under the sun, among the rice, I seem to have changed, gradually, more and more fragrance lingers in the nose ......

More stories from MerleVillalobos and writers in Education and other communities.