by Emma M 5 days ago in student

A University Student in the Pandemic 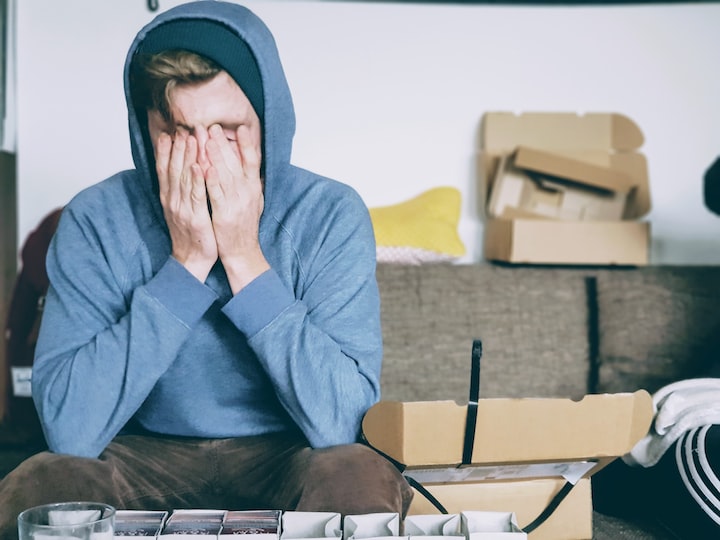 Photo by Christian Erfurt on Unsplash

Covid 19 has had a huge impact on everyone’s lives worldwide. There is undoubtedly not a single person on this Earth that hasn’t felt it. As a young university student living away from home I have never felt more isolated. In school, I was always someone with a lot of friends, with plans to go to every weekend and the type of person who knew most of the people in the night club.

Moving away from the comfort of my boyfriend, my friend groups, to a university where I knew no one, was the most daunting thing I’ve ever done. But for my first year everything was fine. It was 2019 and the world knew nothing of face masks and the constant, lingering smell of anti-bacterial gel. And then I woke up late one afternoon in March to find everyone in my university accommodation packing up and panicking. I called my dad in tears and began to follow suit. The few friendships I'd had long enough to thoroughly develop, survived the summer but many of my friends that were based off of seeing each other on a night out slowly died off.

The pandemic also meant that when I went home I had no hope of rebuilding or rekindling any previous school friendships because like everyone else I was stuck on an eternal loop consisting of Chloe Ting and banana bread. To be honest for a while I enjoyed it. I traded in alcohol and smoking for running and a plant-based diet. Physically I'd never felt better, but, by the time it got to June and things were reopening, I was emotionally drained. My relationship had already been made difficult through long distance so the frustration only increased when we were ten minutes away, yet still couldn’t see each other. Even when restrictions lessened, we both had family members who were shielding and we had to remain cautious.

In July, I ventured out to a small gathering of a few old, close, school friends for my first social expedition in four months. When I got there, my stomach was physically turning. I had no idea what was wrong considering I’d known all of these people since I was about 15, some even earlier, yet I was overwhelmed with the most uncomfortable feeling that I couldn’t identify. I have always been extroverted, sometimes even annoyingly so and always the person that is shouting and doesn’t realise it. But for some reason I was huddled in a corner, trying to drink as quickly as possible so that I could try and pluck up the courage to join in with the fun.

I stopped joining in when numbers started to rise again and my family became increasingly worried. But I felt this secret sense of relief. However, this was short lived when I realised I wasn’t even being invited to things anymore. A friendship from home that I had relied on during my first year at university was quickly dwindling and bringing the rest of the friendship group with it. I was seeing more and more people outside and spending more and more time inside. I blamed it on corona and told myself that at least I could go out when I went back to university, because I lived with my friends and it wouldn’t be as dangerous.

I went back to university in September and luckily for me the few friends I had, developed into a friendship group of six. I quickly got very close with all of them and felt more at home in university than I had felt in my actual home. However, it hit October to go home for mid-term and disaster struck. One of my best friends was moving out. She packed up her stuff and left during our reading week before I even got to say goodbye. I understood her reasoning and she had been struggling, but it came as such a shock to me. Suddenly the friend that I had done every mundane, daily thing with was gone. I went back to university after reading week and fell into a complete slump. I felt so alone. But my friendship group picked me back up and I ended up getting closer to them than ever.

When it was time to go home for Christmas, it was time for another member of our group to leave. She was on a year abroad and she was going back to Australia to finish her degree. It was awful. Six had become four. I started to panic realising how much I relied on these friends and partially realising, I didn’t really have many outside of our group. When I went home and my boyfriend and I went out for dinner I had to mentally prepare myself to go in to the restaurant and sat nearly unable to eat, without being able to explain why I felt that way. I went back to my seasonal job that I’ve worked since I was 17 and spent the whole walk feeling completely nauseous with anxiety.

Coming back for Christmas hit the group even harder. In January another member of the group decided to leave and finish her dissertation from home, packing up her stuff and moving out. I cried. February came around, and the next member was having family difficulties and needed to go back home as well. We helped her pack up.

And then there were two. In a matter of weeks, I had gone from a comfortable friend group to only one friend left from said group and one other close friend outside of it. But I’d left myself exposed. The two friends I had left both had lots and lots of other friends. Meaning they might have been my only social outlet, but I certainly wasn’t theirs. I started hearing about small house parties, wine nights, dinner plans and all the things that I wasn’t invited to and it began to take a bit of a tole. I was stuck between not having the guts to socialise with these people and spending nights in my tiny bedroom by myself. The thought of going out made me want to be physically sick, while the thought of staying in made me cry myself to sleep.

I realised I could barely even make conversations with strangers anymore and that making phone calls took a few days of building up the courage to do so. When I did socialise with new people I got drunk quickly so that I could push my fear aside. I slowly came to the conclusion that Covid had made me develop a social anxiety that I had never ever experienced before.

It all hit at once and I had an absolute meltdown. I went to my room by myself on a Saturday night and lay on my bed and cried while the two friends I had left were out socialising. I called my mum and dad and told them that I wanted to cancel my rent contract and come home to do distanced learning. But I felt like a quitter. My mum told me everyone is feeling like this but judging by everyone else’s snapchat and Instagram stories, no one I could see was alone that night. I went out on a whim and messaged into my girls group chat from school even though I’d drifted from them. One of my friends read it and I instantly received a Facetime call. She told me there’d been a party the night before that she hadn’t been invited to and she hadn’t been out in months. I told her I hoped restrictions weren’t lifted before my birthday so I wouldn’t have to have a party where I wouldn’t know who to invite. We took some comfort in each other’s misery.

I guess I’m writing this because as a young person in the most sociable years of her life, I never expected to feel the way I do. No one wants to post on Instagram that they’re home alone on a Saturday night or that even if they had friends to go out with, the pandemic has made them so unsociable that the thought of it fills them with dread. This has not only been a physical health crisis, but a mental one as well. It is not your fault if you feel the same way that I have and I’m trying to tell myself that too. When I reached out to people I had distanced from, I was welcomed back with open arms and that’s what I needed. One of my friends who had left university to go home told me that just because all of my friends are scattered about the globe, doesn’t mean I don’t have any and being in a room full of people on a Saturday night can still be as lonely a Saturday as the one’s I’ve spent alone in my room.

We all have the people that love us and real friendships can’t be ruined by time distance or even a pandemic. When all of this is over I vow to never turn down an invitation again and someday it will be over. I might be lonely right now, but I know that I’m not alone in that, and neither are you.