A comical view-Parts of speech

by Prish 2 years ago in courses

For all the sticklers of grammar 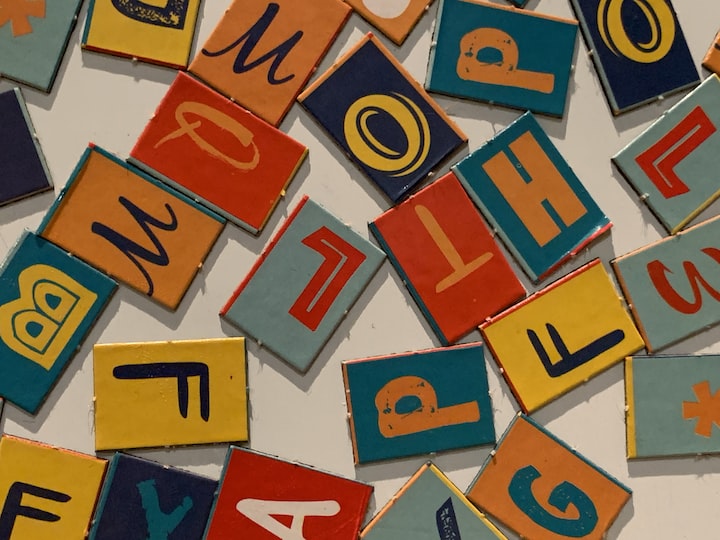 Photo by Surendran MP on Unsplash

Some words come from the heart, and then they are pathetic; others from the nose, in which case they are ludicrous. The funniest place, however, from which words can come is the stomach. Grammatically speaking, we say that there are, in English, as many sorts of words as a cat is said to have lives, nine; namely, the Article, the Substantive or Noun, the Adjective, the Pronoun, the Verb, the Adverb, the Preposition, the Conjunction, and the Interjection.

Comically speaking, there are a great many sorts of words which we have not room enough to particularise individually. We can therefore only afford to classify them. For instance; there are words which are spoken in the Low Countries, and are High Dutch to persons of quality. Words in use amongst all those who have to do with horses. Words that pass between rival cab-men. Words spoken in a state of intoxication. Words uttered under excitement. Words of endearment, addressed by parents to children in arms. Similar words, sometimes called burning, tender, soft, and broken words, addressed to young ladies, and whispered, lisped, sighed, or drawled, according to circumstances. Words of honor; as, tailors’ words and shoemakers’ words; which, like the above-mentioned, or lovers’ words, are very often broken. With many other sorts of words, which will be readily suggested by the reader’s fancy.

But now let us go on with the parts of speech.

2. A Substantive or Noun is the name of anything that exists, or of which we have any notion; as, tinker, tailor, soldier, sailor, apothecary, ploughboy, thief. Now the above definition of a substantive is Lindley Murray’s, not ours. We mention this, because we have an objection, though, not, perhaps, a serious one, to urge against it; for, in the first place, we have “no notion” of impudence, and yet impudence is a substantive; and, in the second, we invite attention to the following piece of Logic, A substantive is something, But nothing is a substantive; Therefore, nothing is something. A substantive may generally be known by its taking an article before it, and by its making sense of itself; as, a treat, the mulligrubs, an ache.

3. An Adjective is a word joined to a substantive to denote its quality; as a ragged regiment, an odd set. You may distinguish an adjective by its making sense with the word thing: as, a poor thing, a sweet thing, a cool thing; or with any particular substantive, as a ticklish position, an awkward mistake, a strange step.

4. A Pronoun is a word used in lieu of a noun, in order to avoid tautology: as, “The man wants calves; he is a lath; he is a walking-stick.’’

5. A Verb is a word which signifies to be, to do, or to suffer: as, I am; I calculate; I am fixed. A verb may usually be distinguished by its making sense with a personal pronoun, or with the word to before it: as I yell, he grins, they caper; or to drink, to smoke, to chew. Fashionable accomplishments! Certain substantives are, with peculiar elegance, and by persons who call themselves genteel, converted into verbs: as, “Do you wine?” “Will you liquor?”

6. An Adverb is a part of speech which, joined to a verb, an adjective, or another adverb, serves to express quality or circumstance concerning it: as, “She swears dreadfully; she is incorrigibly lazy; and she is almost continually in liquor.”

8. Prepositions serve to connect words together, and to show the relation between them: as, “Off with his head, so much for Buckingham!”

9. A Conjunction is used to connect not only words, but sentences also: as, Smith and Jones are happy be~ cause they are single. A miss is as good as a mile.

10. An Interjection is a short word denoting passion or emotion such as Oh ! Pshaw! Pish! Yaw! Aie! Ha! La!Well! There!

Receive stories by Prish in your feed
Prish
Read next: Things to Know Before Joining a Sorority