11 Weird Words and Where They Came From

by Dan Brioli about a year ago in list
Report Story

The surprising origins of some of the strange words we take for granted. 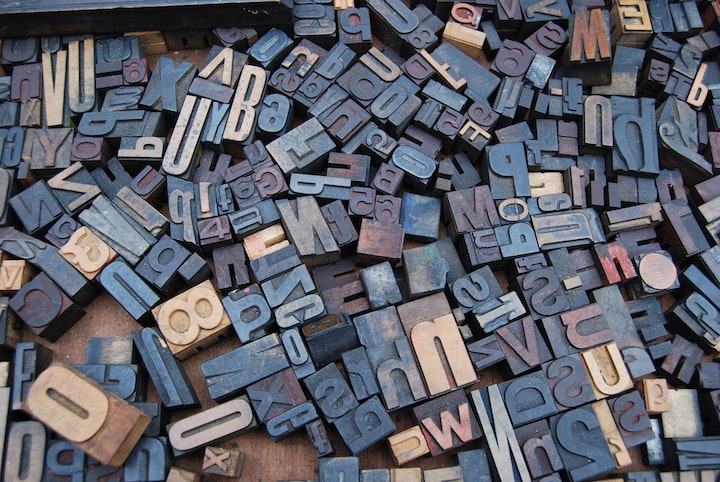 Photo by Amador Loureiro on Unsplash

Ever wonder where certain words in the English language came from? And why some seem to make complete sense, while others just seem nonsensical? From portmanteaus to branding to the classics of literature, many of our words have similar entry points into the modern English lexicon.

Despite similar ways of entering the language, all of these words have a unique history. (Actually… all but 2 of them.) This article scratches that word-trivia itch that so many of us get when we hear a word and think, “That just sounds so weird, I wonder where it came from?”

Astroturf originally comes from the Houston Astrodome. Due to glare from the clear panels used to cover the dome affecting players, the panels were painted over. Once painted, however, grass would no longer grow.

Monsanto had developed a “synthetic grass alternative” for other applications, and once asked to apply it to the Astrodome’s field, the company decided to rebrand. And thus, AstroTurf was born.

Since then, astroturf has come to be the colloquial term used to describe any fake, short, plastic grass alternative, regardless of the manufacturer.

And this isn’t the end of the word’s modern use, either. Astroturfing is a newer application of the word, which stands for the process of hiding sponsorship of a message to make it appear as if it originates from a grass-roots movement. It’s when you cover something up with fake support — like covering a surface with fake grass that appears real at a distance.

Blog is a truncated form of weblog. In the 90s, weblogs were a common occurrence on the brand-new and now-publicly-available Internet. In a natural process of events in the English language, the term was shortened to blog through common use.

Additionally, the word vlog is an extension of blog, but instead of written content, it stands for video blogging. It’s a truncation of a truncation!

Cromulent comes to us from none other than the hit animated comedy The Simpsons.

One teacher asks another teacher about a clearly-made-up word, and the other expresses that they see no problem with it. “It’s a perfectly cromulent word,” they reply.

While it might not be perfectly clear upon introduction to the word, cromulent means “acceptable,” “OK,” or “fine.”

Well, embiggen shares the same origin as cromulent, actually. The Simpsons — for whatever reason — is an originator of multiple words, it seems. That fact alone should give future investigators of the language a bit of a clue as to the cultural strength of The Simpsons.

Embiggen is part of the town of Springfield’s motto: “A noble spirit embiggens the smallest man.” Used in this way, it means “to make bigger,” which is what it implies from its structure and root as it is so obviously a play on words such as embolden and enlarge.

Would you like to have a political process with strong negative connotations associated with your name and amphibians, forever?

Well, Elbridge Gerry was given just that opportunity with the word gerrymander.

Gerrymandering is the process by which political districts are drawn up in an effort to support a political party or candidate, usually in a way that looks ridiculous when overlayed on a map. Why try to change your policies based on evolving demographics in a location when you can just redraw lines so that you can keep winning, without all of the usual fuss?

I won’t get into his other politics — they kind of sucked, although they are now fogged by time, and clearly deal with concerns of an earlier era.

Nevertheless, politically-motivated redistricting now bears Elbridge’s name and a reference to the shape of the districts he produced, and is widely frowned upon… unless you’re the one doing the gerrymandering, I suppose.

Grok is a word created by American science fiction author Robert Heinlein. While not in excessively widespread use, the word definitely has a firm hold in the tech world and is often used among gamers and sci-fi fans.

In its popular usage, grok means “to understand,” in the same way that “I see” often means “I understand.” This is how it is used on Discord servers and Slack channels and StackOverflow threads worldwide — “You’ll grok it once you read the manual.”

Meme comes to us from Richard Dawkins in his book The Selfish Gene. Using the Greek mimema, which means “imitated,” Dawkins created a word that would stand for “a unit of cultural information spread by imitation.”

While still used in its original context — pretty much any cultural information that is spread and can change and morph over time can be considered a meme in the academic sense — a more pop-cultural reference to the word might stand for, oh, I don’t know… an image with text overlayed in Impact font that tries to make humorous commentary about a situation online.

Well, you haven’t. Nonchalant originates from an old French word, nonchaloir, meaning “to disregard” or “to not be concerned with.” This original word is a combination of non-, a negation, and chaloir, which means “to concern.”

So, this explains why chalant doesn’t exist — English already has it covered with the word concern.

And this leaves us with our loanword, nonchalant, which apparently negates a non-existent English word!

If you know someone who is an unrealistic idealist — politically, spiritually, culturally, technologically — then you might describe them as quixotic.

And, if you chose to use that word, you would be using a word that has been in use since the 1700s to describe someone displaying some of the traits of Don Quixote, the protagonist of Cervantes’ El Ingenioso Hidalgo Don Quijote de la Mancha.

The word is a combination of Quixote’s surname and the -ic suffix that stands for “-like.” Quixotic quite literally means Quixote-like.

Your average American eats one a day.

Sandwich comes to us from the 18th century. While there is no absolute evidence to prove this origin story, most food historians agree that the word sandwich can trace its roots back to John Montagu, the 4th Earl of Sandwich.

The earl loved to gamble, and to prevent the need to get up from his seat, he would ask the cook to give him a meal he could eat at the card table. So he would often receive a small loaf of bread, with some meat and other condiments stuffed inside of it.

It wasn’t the first time that had been done with bread, of course, but the term sandwich eventually became synonymous with “pieces of bread with meat between them.”

And now we can enjoy sandwiches while we listen to podcasters debate whether a hotdog is a sandwich or not.

X-ray comes from the world of physics (obviously.)

Experimenting with cathode-ray tubes, Professor Wilhelm Roentgen found that certain rays could pass through most surfaces. Not knowing the specifics about these types of rays, he named them “X,” which at the time stood for “unknown” rays.

While the dangerous side-effects of them weren’t known at the time, they enjoyed widespread medical and even entertainment-based success, and the name stuck. Now, any time a doctor gives you a scan of some type to see if a bone is broken or what exactly is present-but-undesired in bodily tissues, it’s likely to be referred to as an x-ray.

This article is republished from my original Medium article.

More stories from Dan Brioli and writers in Education and other communities.