War is Destroying Our Planet

10 Ways that Warfare and Human Conflict Damage the Environment 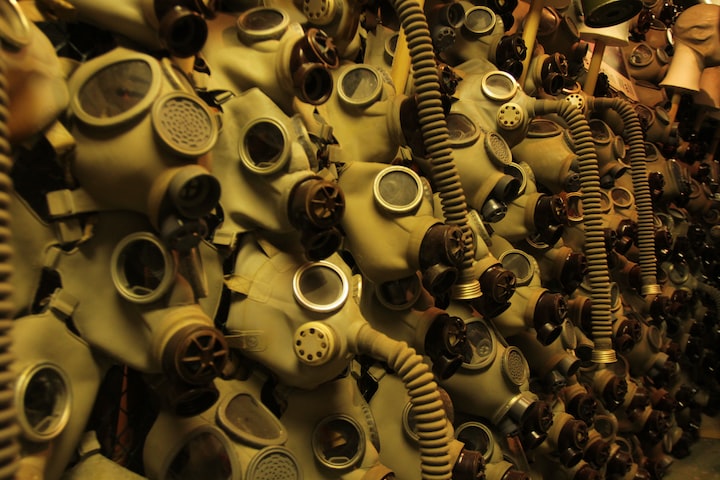 Photo by Nikoli Afina on Unsplash

Environmental damage and wars exist in a positive feedback loop. As resources dwindle, more conflicts emerge. As conflicts take place, more natural resources are rendered useless. With each cycle, the limited availability of resources and the frequency of war push more towards extremes.

War has drastic effects on people - they’re apparent in our modern world, especially now with the availability of live streams and text posts. But how does war affect the non-human world? Plants and critters experience war, too. Unfortunately, the effects of war on our natural world can be as or even more damaging than the way wars disrupt economies, lives, and infrastructure.

War isn’t just a human disaster, it’s a natural one too.

With the increased mobilization of world-traveling armies comes increased CO2 emissions from gas-powered vehicles. And, some war machines, especially tanks, are some of the least fuel-efficient vehicles currently in operation. Jets used in aerial combat aren’t much better. An hour of flight in a F-35 jet consumes about 1500 gallons of fuel.

Plus, the use of explosive weapons can create large amounts of debris, some of which affect the air. Though much dust settles after the initial explosion, some particles are light enough to remain in the air for long periods.

Bombing can destroy more than commercial, residential, and industrial buildings. Bombs dropped with an intention to cause widespread damage can hit natural areas on the outskirts of towns and military facilities, destroying important habitats and resources for the local wildlife. Plus, large vehicles and great amounts of troops moving through natural areas can cause much undergrowth to be damaged.

In times of peace, there’s much consideration by governments to not allow invasive species to enter their territory. Warships and Cargo Planes fail to take these same precautions when war is ongoing. When time is of the essence to save human lives, there’s less consideration of accidental passengers like rats and invasive plants - some of which end up on new continents, wiping out native species.

Additionally, damaged warships, which sometimes carry toxic chemicals, can sink into bodies of water. Naval fights can harm marine ecosystems that, due to a wide variety of other human activities, are already sensitive to harm. Even aquatic vehicles that run on energy with low carbon emission can be dangerous to marine ecosystems. When nuclear naval vessels and submarines are destroyed, they can potentially dump massive amounts of radioactive material into our oceans.

Runoff from downed land vehicles can make its way to both streams and, eventually, the ocean as well. There have also been instances of states using water pollution as a military tactic. By targeting oil plants and similar facilities, a warring nation can spread terror and chaos to the populace they’re fighting against.

When war is ongoing, production often ramps up around the world. Governments seeking to make money on war materials sell their supply as fast as they can create it. Of course, at these times, states don’t take time to consider the environmental friendliness of the supplies they use. Their goal is to output as quickly and as cheaply as possible. In the event of a Total War, production can skyrocket. A state that mobilizes all its available people and resources to aid in the war effort will set aside environmental regulations to increase output.

With increased production comes increased energy use and, in states that aren’t using carbon-neutral or carbon-positive energy systems, an increased output of fossil fuels.

In times of war, displacement paired with slowed transportation can occur. This combination can lead to truly awful outcomes for citizens. Along with the danger of artillery and gunfights, many people go without reliable supplies of food, often finding grocery stores empty. For those on the outskirts, they are more likely to turn to wild foods and game hunting for survival. In times of desperation, there’s understandably less consideration of the effects of killing threatened or even endangered animals when survival is on the line

Additionally, war makes poaching easier for criminals. When a state is occupied with defending its territory, crimes are more likely to succeed. Often, poachers flock to areas in strife. Along with a decreased likelihood of being caught, there’s also an increased availability of weapons in warring territories, making poaching more accessible.

The level of environmental destruction caused by war is dependent on the tactics of the involved states. Though some wars are fought by targeting military structures and leaders of factions, other wars employ a much more damaging tactic: the Scorched Earth Policy. This tactic, used by states that seek to destroy all resources that can be used by their adversaries, can have drastic effects on local wildlife, foliage, and natural reserves.

When chemical weapons were used in Vietnam, the effects they had on the environment were drastic. The widespread use of chemicals destroyed the nutrients in the soil, which had a domino effect on the rest of the natural area. Erosion became more common, along with plants (both agricultural and natural) being unable to survive and grow in affected areas. When plants disappear, the entire food web can collapse, affecting the ability of herbivores to feed and ultimately affecting predators. According to phys.org, many populations of megafauna like tigers, elephants, and bears were affected beyond repair by the U.S.’s use of chemical warfare in the war.

Though many of these sorts of chemical weapons are now illegal, there’s still a chance that they could be employed in future wars by those states that do not wish to acknowledge global treaties.

Nuclear tragedies don’t only affect people. The use of nuclear warfare or the destruction of power plants can decimate local animal populations. For those that survive, their lifetimes can be severely shortened when they begin to feel the damage of nuclear poisoning. cancerous growths.

When the initial blast or meltdown occurs, anything too close, be it human, plant, or animal, will be killed immediately or experience acute radiation poisoning. Long past the initial blast, the effects of nuclear warfare can still be felt. Radiation can affect both plants and animals by preventing growth, reducing fertility, and causing mutations like cancerous growths. In an area already affected by radiation, it can take thousands of years for it to recover. And, though the immediate blast-area is affected greatly, the surrounding area that is subject to fallout can receive even worse effects. Radioactive particles, light enough to be carried by win, can travel thousands of miles, polluting water and food along the way.

The purposeful spreading of diseases can also cause lasting damage to wildlife. As many known diseases can transfer from humans to mammals and birds, biological warfare has the potential to severely impact the population number of species important to the functioning of ecosystems.

War has an overwhelming amount of environmental costs. Unfortunately, given the intersectional nature of these issues, there is no clear-cut answer to solving the damage. But, when we raise awareness of these issues and let our governing bodies know we care about these effects, we might just inspire better measurement, understanding, and mitigation of them. The first step to change is to give a damn. Reader, dare to care and share the message.