Venison — The Stuff of Life

A life of adventure, mishaps, the love of a woman and Providence had bestowed upon him… 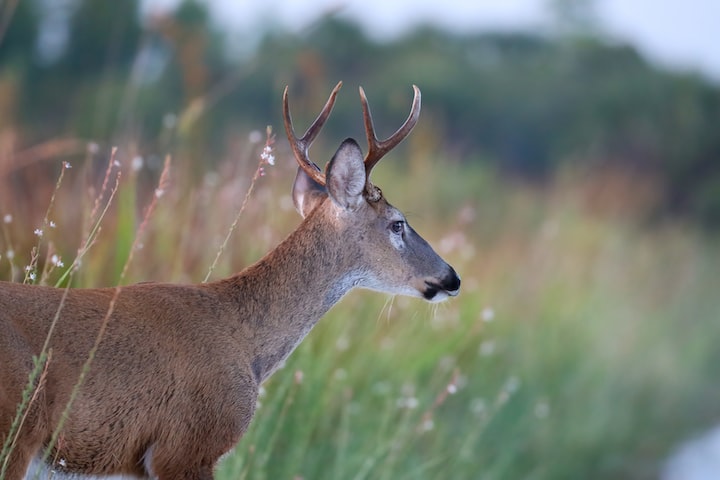 Photo by STEPHEN SHEPPARD on Unsplash

The .270 barked and the small buck moved unsteadily. Something foreign had just punched into its side. The deer attempted another step and fell forward; it would expire in 30 seconds. The shot had overwhelmed his system and the brain would shut everything down momentarily. It drifted into unconsciousness and passed away painlessly.

The hunter remained in his tree stand and watched the saga unfold. At times like this he was awash with emotions; part sadness, part respect for the animal, part jubilation; the human psyche a complex machine.

When he was sure the animal was dead, he unloaded the gun, unstrapped his safety harness, and began the decent from his tree stand. Upon reaching solid ground the rifle was reloaded and held at the ready. He walked the 80 yards to his prize. He took a moment to recognize the animal and its sacrifice. It was nowhere near a trophy, but its meat would soon be in his freezer and a natural cycle would continue.

The deer had spent most of its existence in or near this patch of woods; living off, hemlock browse, raspberry leaves, acorns, and a host of other natural bounties. Tax records showed the hunter owned this land, but he didn’t feel that way. He was its steward and hoped he could leave it better than he found it. Some would say he should be thankful to the Bank for loaning him the money but there was more to it than that. A life of full adventure, mishaps, the love of a woman and Providence had bestowed upon him the resources to purchase this property.

Those that didn’t understand hunting thought it came down to simply pulling a trigger and killing something. It was unfortunate that some hunters fostered this stereotype, but he wasn’t one of them. Not him, as he had a great respect for Mother Nature and understood the circle of life. At some point this deer would have died, as everything does.

The hunter’s prize would be processed, shared with friends, family and even a food bank or two. The deer would provide sustenance to many. The economy was in shambles and many needed help at this time. The hunter understood his good fortune and his responsibility to help others. Nature had seen to it that handfuls of vegetation had been morphed into protein that would nourish people through these times of uncertainty.

The man took another moment to acknowledge and pay homage to the deer. Its brownish gray coat was marked with a single red spot. To the uninitiated this small mark would seem insignificant. The entry wound was barely visible, but 150 grains of lead had done its job. The bullet represented life in general. Sometimes a seemingly insignificant event had a major impact on someone’s development; maybe negative, maybe positive. The hunter hoped that his interaction with others, this past half century, had been more positive than negative.

A squirrel scampered nearby and brought him back to his task at hand. He looked again at the deer. He knew what need to be done as he had performed these steps many times in the past. The deer would be repositioned so his head would be uphill. A small slit near the sternum would start the next endeavor. The abdominal cavity would be opened gently, and the entrails would be removed. Many hunters disliked this procedure, but not this man. He approached it as an analytical endeavor. His knowledge of basic biology would allow him to judge the overall health of the animal and the performance of his bullet. He would take note of the thickness and color of the fat, the rich purple tone of the liver, and the condition of the heart. On occasion the heart was only a fragment of its former state. The hunter’s bullet having dissected it; one or both lungs may have met a similar fate.

The entrails and organs were removed carefully. He was not a surgeon, but neither was he a butcher. As a former cop he knew a day would come when a coroner would reach inside of him and perform a similar task.

The operation was completed, and the drag rope dug from his pack. The trail home was one mile. It would give him time to embrace his good fortune. All was not well in the world but at this time and place all was good in his little corner of the universe. The gods must be smiling…………….

Read every story from Jack Nanuq or check out my website at: https://jacknanuq.com

Mr. Nanuq makes his living as a Private Investigator, hence the avatar and pen name.

Author of “Parabellum; When you Live in Peace, prepare for War”

Writes, just for the hell of it.

Enjoys walks in the woods, with a chainsaw

More stories from Jack Nanuq and writers in Earth and other communities.