The Impact Of Climate Change On Our Oceans: What You Need To Know!! 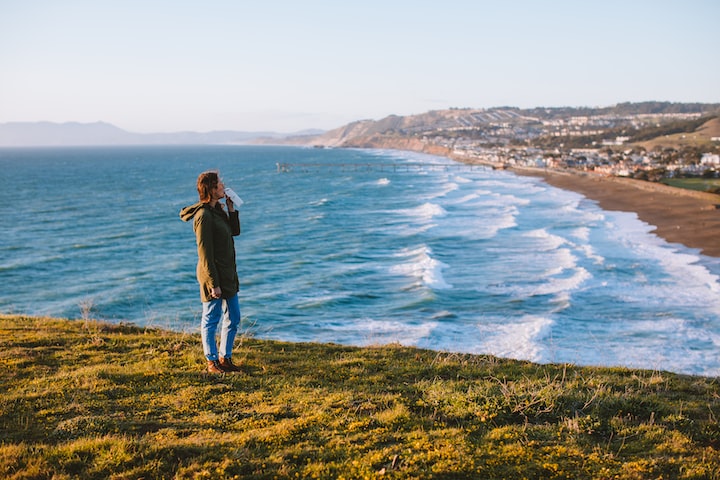 Photo by Boxed Water Is Better on Unsplash

Climate change is one of the most pressing issues facing our planet today, and its impact on our oceans is a particularly concerning aspect of this global problem. As a professor and oceanographer, I have spent many years studying the effects of climate change on our oceans and I would like to share some of my findings with you.

The most obvious impact of climate change on our oceans is the warming of the water. As the Earth's temperature increases, so too does the temperature of the oceans. This warming causes a number of problems, including the destruction of coral reefs and the displacement of marine species. Coral reefs, which are home to a diverse array of marine life, are particularly vulnerable to warming waters. As the water temperature increases, coral reefs become stressed and are more susceptible to disease. This can lead to the death of large areas of coral, which in turn has a devastating impact on the marine life that depends on these reefs for food and shelter.

Another major impact of climate change on our oceans is the acidification of the water. As the Earth's temperature increases, more and more carbon dioxide is absorbed into the oceans. This carbon dioxide reacts with the water to form carbonic acid, which makes the water more acidic. This acidification has a number of negative effects on marine life, including making it more difficult for organisms to build and maintain their shells and skeletons. This is particularly concerning for organisms such as coral and shellfish, which are vital to the ocean's ecosystem.

"The oceans are the lungs of our planet, providing most of the oxygen we breathe. The destruction of our oceans is not only a catastrophe for the creatures living in the sea but also for humanity." - Sylvia Earle

As we can see, the impact of climate change on our oceans is far-reaching and complex. It is important that we take action to mitigate these impacts and to protect our oceans for future generations. One of the most important things we can do is to reduce our greenhouse gas emissions. This can be done by increasing our use of renewable energy sources, such as solar and wind power, and by reducing our consumption of fossil fuels. Additionally, we can take steps to protect vulnerable areas such as coral reefs by implementing marine protected areas.

"The greatest threat to our planet is the belief that someone else will save it." - Robert Swan

In conclusion, climate change is having a significant impact on our oceans. These impacts include warming waters, acidification, and an increase in storms and sea level rise. These changes are having a devastating effect on marine life and coastal communities. It is vital that we take action now to reduce our greenhouse gas emissions and to protect our oceans for future generations. Remember that the fate of our oceans is the fate of our planet and the fate of humanity.

As Robert Swan said, "The greatest threat to our planet is the belief that someone else will save it." This means that we all have a role to play in protecting our oceans and ensuring a sustainable future for our planet. We must not rely on others but take actions ourselves to mitigate the effects of climate change on our oceans.

Meet Lawrence Luke, Founder and CEO of 360 Thinking Consultancy, an expert in Research and decision making. He helps organizations and individuals make better decisions through research and analysis. Follow him on WhatsApp +265996655810.

More stories from Lawrence Luke and writers in Earth and other communities.