The Cocaine Hippos of Puerto Triunfo 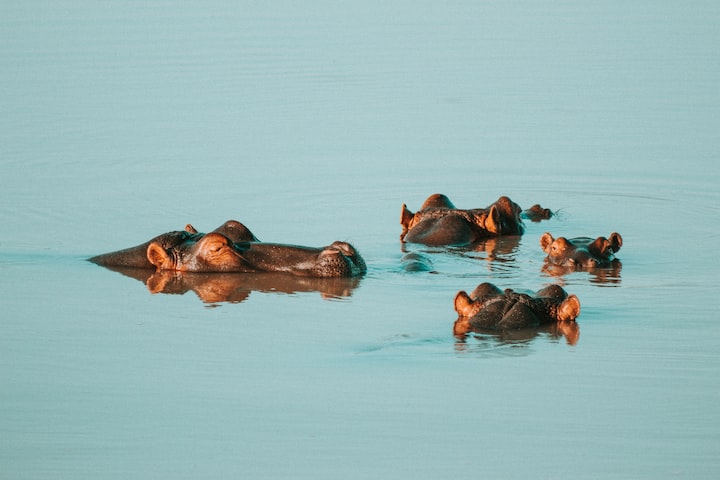 Photo by Wade Lambert on Unsplash

Pablo Escobar, to the disdain of many a Colombian, is one of the most internationally well-known historical figures of the country. The infamous drug lord, who became the wealthiest criminal in history, plagued Colombia for nearly 20 years.

Escobar’s influence on the country was massive, and, even after his death, his influence persists. Some residual effects of his legacy are significantly larger than others, however.

Perhaps the strangest of all his impacts were his famed Cocaine Hippos. To add on to the already extensive list of chaos he brought to Colombia, Escobar also changed the ecosystem.

In the late 1970’s, as Escobar’s wealth grew from his Cartel-related exploits, he applied much of his newfound currency to bizarre and eccentric projects - one of the most notable being Hacienda Nápoles. This estate, which featured a race track, dinosaur statues, and a luxury car collection, also became home to a wide variety of exotic animals. The “zoo” portion of this estate was so vast that, when taken over by the Municipality of Puerto Triunfo after Escobar’s death, the cost of maintenance was not feasible, and was quickly disbanded.

Though many of the illegally imported animal occupants were donated to Colombian and international zoos, Escobar’s hippos managed to escape during the Hacienda’s transfer of ownership. The hippos found their way to local lakes and rivers before they could be captured and rehomed.

Over the last 30 years, Escobar’s “Cocaine Hippos” have been thriving. Their natural climate, the Tropical Savannas of Africa, have much in common with the wetlands north of Bogota. In this region, there are no predators large enough to take down the formidable hippo, plus there’s plenty of water and luscious plantlife for a hungry, hungry hippo. One local researcher, David Echeverri Lopez, went so far as to call the location a “hippo paradise”. Compared to Africa, a hippo in Colombia has less danger to worry about!

In the 30 years that hippos have roamed in the region, their numbers have skyrocketed. The original 4 hippos became a massive herd of around 100. With ideal climate and food sources, scientists predict that, if no efforts are put in place to thin these numbers, the hippos will continue to spread through one of the most prominent rivers in the country.

Though sometimes considered a nuisance by local fishermen, many local residents have fond feelings about their new gigantic neighbors. The strange addition to the local habitat has boosted tourism and brought delight to local animal-lovers that happen to spot them. Some of the local people even consider them an unofficial mascot of Puerto Triunfo!

But, the bizarre patriation of hippos hasn’t been all rosy. The massive animals, which weigh 4000 lbs on average, can be both aggressive and territorial. Hippos are incredibly deadly - and their presence is a risk for both the people that live and visit the area. In Africa, hippos are considered one of the most deadly land animals on earth. Though no deaths have been reported in Colombia yet, there have been instances where people were attacked by the creatures.

Hippos also eat a literal ton. On average, the massive mammals consume 88 lbs. of vegetation a day, which adds up to more than a ton of plants every month. 100 hippos running amok in Colombia has resulted in the loss of 100 tons of plant life every single month, and some of their daily snacks may be near threatened or vulnerable rainforest species. This loss of biodiversity also increases competition for food by native plant eaters like tapirs, sloths, and peccaries.

And of course, all that food has to go somewhere. Hippos, which prefer standing in water, pollute rivers with their waste, making water unsafe for drinking for both human and animal inhabitants downstream.

Despite concerns of danger and habitat destruction, not everyone agrees that their presence is necessarily a harmful one.

Surprisingly enough, the hippos of Colombia are filling an ancient ecological void of the region. Over 10,000 years ago, elephant-like creatures, called Notiomastodons, roamed across the South American Continent. Though their cause of extinction is not yet entirely known, fossil evidence of human artifacts near fossil remains of these creatures indicate that humans may have had a role in their demise.

The loss of vegetation, according to some, could potentially be justified as a return to a previous natural balance.

In March 2022, the cocaine hippos became officially considered an invasive species by the Colombian government. Despite the calls for hippo conservation by local residents, the amount of risk they pose, and the threat they cause to local native species has been determined too gigantic to ignore any further.

This approval gives the government authority to move forward with efforts to decrease the population. Though, as of writing this, the strategy is not yet clear, there may be castration, sterilization, and euthanasia in the future for Colombian hippos.

Considering the mixed sentiment towards the creatures, Colombian scientists will likely tread carefully on their population culling efforts. The scientists are currently working on enhanced monitoring and tracking efforts to better understand how to deal with the roaming population. But, despite caution, they must work quickly. According to the Alexander Von Humboldt institute, without management, the hippo population will reach nearly 700 within the next decade.

The nearby residents are reportedly heartbroken about the news. Despite the potential destruction and danger, the Cocaine Hippo has become a loved and cherished member of the community. One local conservationist went so far as to say that, “The hippopotamuses aren't African now; they are Colombians.” But, despite the joy they bring, the animals are walking, three-ton risks to both people and the environment.

In light of the great affection felt for this strangest part of Escobar’s Legacy, the Colombian government will certainly take special care to humanely control the population of hippopotamuses. For now, these creatures continue their residency in Puerto Triunfo, as pets or pests, depending on who you ask.