The Call of the Arbor

by Joanna benn 5 months ago in Nature
Report Story

A call to action for the world's forests 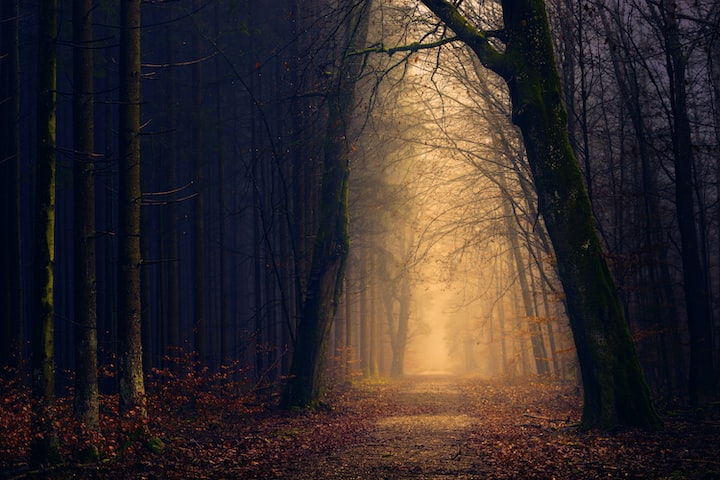 All the forest creatures received the message at the same time.

The fairies, sprites, pixies, and the Earth guardians.

The carpet creatures from the mossy floor, sharp-beaked parrots, glowing butterflies, and armies of earwigs.

And one Indigenous child from deep inside the forest.

All came to the urgent call of the Arbor, the biggest and most important tree in the world.

Never before had the Arbor called all the forest creatures to her.

The sounds became louder and louder as the creatures journeyed towards the tree.

“Where are we going?” asked the little frog.

It took a full day for the smallest creatures to arrive.

When they reached the Arbor they were tired.

The ants crawled up and lay down on her leaves.

The birds nested on her branches.

The monkeys played in the canopy tops.

The fairies danced on the pollen of her flowers; the pixies balanced one-legged on spindly branches.

The bigger animals sat on the ground in the cool of the Arbor’s shade.

All waited to hear why they had been summoned.

For the Arbor was the Mother of all trees and Queen of Nature.

She took water from the clouds and channelled it to the forest.

She nourished the ground with her leaves and her fruit.

She fed the insects, the monkeys, and the birds.

She provided life itself.

“Thank you for coming. I need your help.”

She bowed her head.

“My tree family all over the world is suffering and dying.

Forests are ablaze with wildfires.

I hear the swing of the axe, the whir of machinery.

We are being cut down for wood, to grow food, graze cattle and to make way for mining.”

She let out a long sigh.

“I feel and know everything through my roots.”

Little rabbit looked with big eyes to his parents.

The birds flapped their wings in dismay.

The jaguar gnashed his teeth.

The child spoke, “Tell us what we must do.”

“You, my sweet child, have the hardest task.

Tell people to be gentle, to live lightly on the surface of the Earth.

Explain that by hurting trees, people hurt themselves too.

The animals and creatures of the forest must take these seeds far and wide and plant new trees all over the Earth.

Without trees, the land will heat and dry out.

The dead wood will result in enormous fires.

Without us, the Earth will become too hot.”

The Arbor spread her branches and shook them faster and faster until an avalanche of fruit and seeds dropped from the sky.

One by one, each creature took a seed.

The insects took the lighter ones.

The bigger animals took as many as they could carry in their mouths and paws.

The monkeys went to find any that had got stuck in the branches.

The birds opened their beaks and took mouthfuls to carry away.

The child looked to the sky and said, “There is still time.

Time to replant and restore what we have lost.”

From the smallest earthworm to the biggest elephant, all the creatures helped.

The seeds were taken far and wide and dropped where the ground was moist.

One by one the seeds cracked open as tiny roots forged their way down into the ground anchoring themselves deep below.

Within time, the seeds had become little green shoots pushing up through the cracked ground and glimpses of tiny fresh green leaves could be seen.

The animals continue to collect and plant seeds.

The trees in turn look after the animals, the children and the air.

But the story isn’t over and we must all learn to keep a balance.

Every time a tree is cut down, the Arbor spreads her branches and cries, and it rains.

And every time she hears the murmur of new life rooting in the soil, she touches her leaves to the sky and sways, creating a gentle wind.

• Deforestation must be reduced as quickly as possible – each year that this does not happen means even larger reductions will be required in the following years to solve the problem.”

• Each year, the world loses about 10 million hectares (24.7 million acres) of forest area — equivalent to 27 soccer fields per minute.

• Forests absorb twice as much carbon as they emit each year. Find out more at globalforestwatch.org

• Scientists say that the next ten years will count most in the fight to avert climate change and the loss of millions of species.