The Big Bad Wolf and the Seven Little Lambs

Once upon a time, there was a mother goat who had seven children. One day, 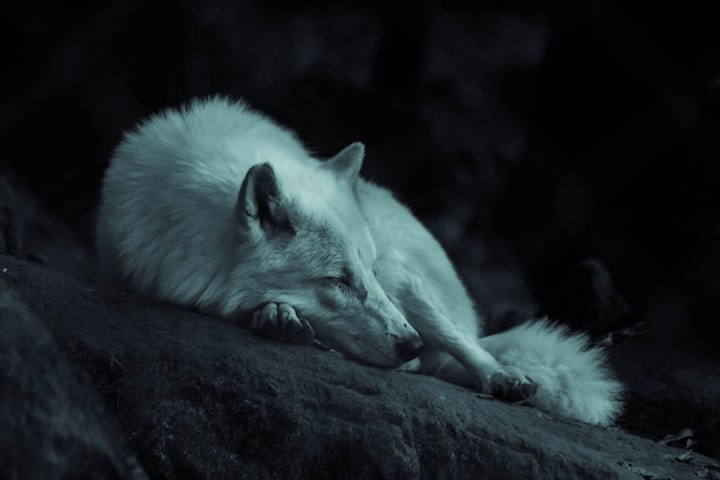 Photo by Grégoire Bertaud on Unsplash

Once upon a time, there was a mother goat who had seven children. One day, the mother goat had to go to the forest to look for something to eat.

So she called the seven little goats to her and instructed them one by one: "When I am not here if the big bad wolf comes, you must not open the door." "The voice of the big wolf is coarse and its paws are black. By these, you will recognize it at once."

The seven little goats said, "Don't worry, mother, we will be careful."

Not long after, "Knock, knock, knock," there was a knock at the door. "Good little goat, it's mommy, I'm back and I've brought lots of good food."

But the voice sounded coarse, and the little goats replied loudly, "Don't open it, mommy doesn't have such a coarse voice as you."

So the Big Bad Wolf went to the store and bought some talcum powder to make the voice sound softer. Now, he came to the door of the little goat again.

But from the small slit on the door, the little goats saw the dark and black claws of the big wolf.

"Don't open it, mom doesn't have such black paws as you."

Then the big wolf said viciously, "Do as I say, or I will eat you!" The mill owner was afraid and sprinkled some flour on the big wolf's paws.

The little goats saw the white paws and thought that it was their mommy standing outside the door.

Just as the door opened, the big wolf jumped into the house with a "whoop".

"Ah ......, no!" The little goats screamed and hurriedly hid in the house. The first one hid under the table, the second one hid under the blanket, and the third one climbed into the stove. The fourth one ran to the kitchen, the fifth one slipped into the closet, the sixth one covered himself with a basin, and the seventh one got into the big floor clock.

But the big wolf found them effortlessly and swallowed the little goats one by one, only the one hiding in the big floor clock was not eaten. The big wolf was so full that he staggered out and fell asleep under a big tree.

Soon, the mother goat came back.

"The big bad wolf has come and eaten them all." The mother goat hurriedly ran out.

She saw that the big bad wolf was lying on the grass and sleeping. "His stomach is still moving, maybe I can get the children out."

The mother goat said to the baby goat, "Quick, go get a pair of scissors and a needle and thread!"

The mother goat used the scissors to cut open the Big Bad Wolf's belly, and the baby goats jumped out of it one by one.

None of the six baby goats was hurt. The mother goat said to the happy little goats, "Go and find some stones."

"Hey! Hi-yo! Hi-yo ......" The seven little goats carried the rocks together. Mother goat filled the Big Bad Wolf's belly with rocks and then quickly sewed it up.

The goat family immediately hid and waited to see what would happen.

"Oh! My stomach feels like it's filled with a ton of bricks!"

More stories from Eartha J Adams and writers in Earth and other communities.