Riding the Long Haul on a Runaway Train

When Will It Ever Stop? 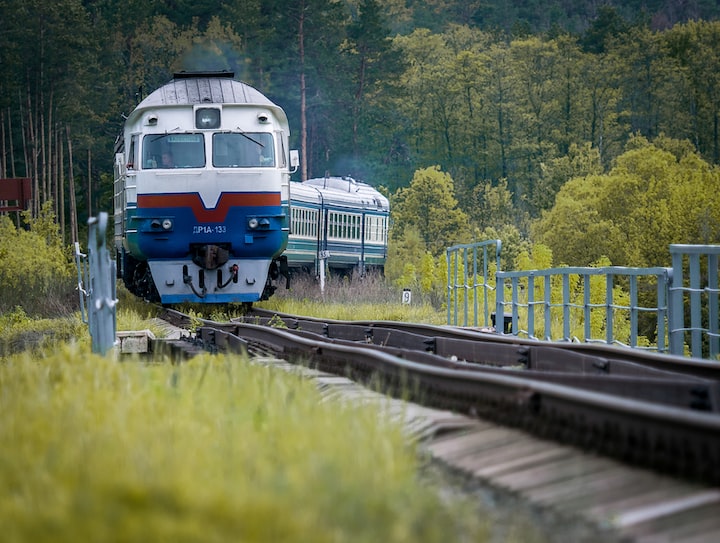 Photo by Oleksii Hlembotskyi on Unsplash

Some time ago, I went to sleep and relaxed into a peaceful, restful slumber. I was not alone in my much needed repose, for much of the world's population were sleeping and unaware of the dangers that awaited us when we finally awakened. We deserved our rest, we surmised, because we had worked so hard to take care of our physical, emotional, and intellectual needs against overwhelming odds.

Each of us had experienced difficulties and hardships in life to varying degrees, but with tenacity and sheer grit, we had managed to rise above it. After all, we had been told all our lives that if we studied hard and worked diligently, we could achieve gratification and have some of the finer things in life on a material level.

And so, we worked, we toiled, we exerted ourselves in nine-to-five drudgery in favor of the day when we would finally arrive at our long-awaited goal. The specifics of the goal differed with each individual, but most included plenty of good, nutritious food to eat, clean water to drink on a daily basis, a house in which to make a home, adequate medical care, and an affordable education.

For many decades, these things were within the grasp of most citizens of developed nations.

We worked a 40-hour work week (or more), and we had all the things listed above, plus at least one vacation each year with enough money to choose a desirable vacation spot and plan an agenda that would allow some things that would delight each member of the family.

Employers seemed to, more often than not, appreciate the hard work and dedication of their employees and go beyond the welcome words of praise with yearly (or more often) raises in pay and enhanced benefits.

Barring personal sickness or health issues of a family member, we had good reason to be content with our lot in life.

Well, we had been sleeping. I am not referring to the sleep of one reclining in bed, relaxing mind and body and drifting off into five sleep cycles, achieving REM sleep, restoring our physical and mental faculties, and then rising up to meet the new day.

Oh, no! The sleep I was in (along with millions of others) was a state of walking repose. It induced a comfortable state of mind and body in which to go through life almost automatically.

Like so many others, I woke up one day on a runaway train. It was a cold February day when I woke up coughing and having a hard time getting my breath. I felt like I was burning inside and my trusty thermometer confirmed it to the tune of 103.8 degrees F.

Having had several episodes of acute bronchitis in my lifetime, I thought I had it again. February was almost always the month this illness put me down for a while. The other cases of bronchitis, however, came on gradually, not packing such a punch all at once.

A few days in to my respiratory illness, I turned on my computer (which I seldom did during that sick spell) and heard about a new disease that had started in December 2020 and was first identified in China. The reporter said that a few cases of this illness, known as SARS Co-V2 or Covid-19, had been diagnosed in the United States, but there was no test widely available to make a clinical diagnosis.

Within a couple of days, the public health agencies were predicting an epidemic in the United States and other countries. They said a pandemic was a distinct possibility with this disease, and issued guidelines to protect yourself and your family from this highly communicable disease.

For two interminable weeks, I coughed almost constantly. After about four days of this, I discovered that I was in the Medical Car of the train with an indefinite number of other people. The car had room for each patient to be at least six feet apart.

When I was finally able to stop coughing and walk around (more than to the bathroom and back to bed), I took a stroll down the corridor and checked out the Directory of Runaway Societies mounted on the wall that listed the names of all the cars attached to this runaway train.

There were so many of them!

Every day, an increasing number of people were becoming sick worldwide and many were being hospitalized with no visiting privileges to help contain the disease, and many thousands of people died from Covid-19 during the first 'wave' of the illness.

Back to the run away train.

Every train has multiple cars coupled to the engine up front.

Here are some of the names on the train cars all hooked together racing out of control on a collision course unless adequate intervention takes place very SOON!

Increasing carbon emissions are acidifying earth's oceans 50 times faster than at any other time in history. All life on earth is dependent upon healthy oceans for survival.

Rising of ocean temperatures and melting of sea ice are having negative effects on the ocean itself, on wildlife, and on costal communities worldwide.

Agencies like Ocean Conservancy work hard to ensure the health and productivity of oceans and all of the ocean's inhabitants. But we must all do our part. Being informed earth citizens and taking an active part in finding solutions to the increasing pollution can make a difference, but we must begin now!

Forest clearance, also known as deforestation, is taking place at an alarming pace. Cutting down stands of trees to use the land for business or urban development has already had a serious impact on earth's climate.

Deforestation seems to be concentrated in tropical rain forests. Almost 1/3 (31%) of the land surface of earth is currently covered by forests. Every minute, an estimated 2,400 trees are cut down.

Russia invaded Ukraine on February 24, 2022. Described by Putin as a "special military operation" to "demilitarize and denazify" Ukraine, it has continued for almost six months so far, with death and devastation rampant in Ukraine and reshuffling of world regimes reacting to the invasion of a sovereign nation. The ever present threat of a third World War creates tensions in for all mankind.

Hundreds of millions of people are affected already by an unparalleled global hunger crisis. The head of the United Nations, Secretary-General Antonio Guterres, describes a global catastrophe due to shortage of food being grown around the world.

What can I do? What can you do?

We must awaken and ask what we can do to help. Electing politicians who recognize climate change, who are willing to support the transition to clean energy, to take a stand for democracy and against authoritarian nationalism is a vital part of what we can do.

The information we need is available almost instantaneously online. Time spent researching can give us the knowledge we need to try to stop the global Runaway Train before it is too late.

Will you do your part?

More stories from Linda Rivenbark and writers in Earth and other communities.