by J Wood 2 months ago in Nature
Report Story 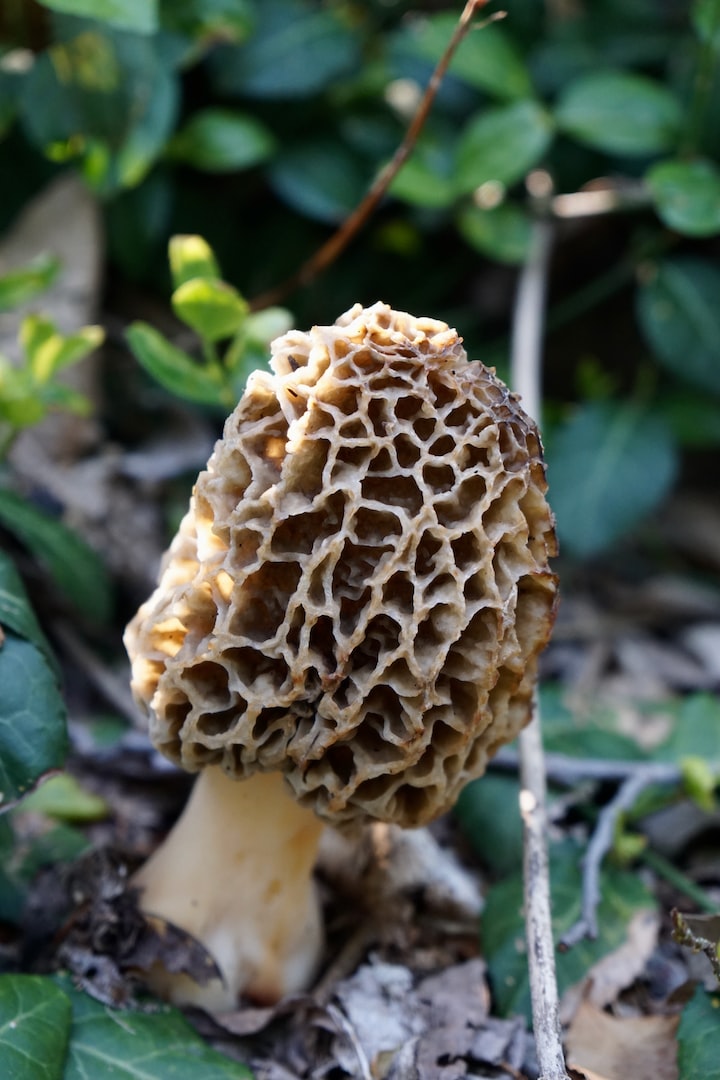 "We all live on the same side of the same road", I used to gush to my classmates about my family. First it was my house, then my aunt's tri-level, my grandparents' farm, my uncle's junkyard, another uncle's junkyard, and finally, my eldest cousin's cabin. Only woods and ponds and plenty of trails were between us.

Ever since I can remember, my 7 cousins and I would meet in the middle, on the farm, and spend every single second of every summer day outside. Most nights of our early lives ended with us all in a pile on our grandparents' deck, lying on blow-up pool loungers and counting the stars until the sun rivaled them.

Various sounds woke us in the morning but the BEST alarm was that of my uncle Matt peeling into the farm's driveway on his modified golf cart shouting "SAAAAAND FOR DINNER!". You see, all those woods between our houses offered the perfect hunting grounds for morel mushrooms and uncle Matt was an early and adventurous riser. On our luckiest summer mornings he bounded in with 30-40 pieces of our family's favorite treat which, no matter how many times you washed them, still held a bit of sand.

My grandmother would take him in stride and phone the rest of the clan right away: it was a homemade wood-fired, forest-found pizza night. Within minutes she would have her canned tomatoes simmering on the stove and each grandchild fetching a different herb from the garden. Rosemary, marjoram, basil, lemon thyme, oregano, sage, and tarragon for the sauce. Parsley for garnish.

Uncle Mike usually rode his dirt bike over around noon to make pizza dough with us before heading out to open his restaurant for the night. After relieving our adolescent aggression by dough punching, my cousins and I would roam through the orchard, swim in the pond, and take to the trails on either a golf cart or a horse. We'd lose track of the time until the sun reached the western sky and we saw smoke rings rise behind the horse's stable: grandpa had lit the wood-fired stove and it was time for dinner.

By the time we circled back, all the tiki lamps were blazing and the conversation was humming louder than the stereo. I've always thought my family resembled a big band of the 40's on nights like these, and I was always thrilled when my favorite bandmember arrived: my mom. Just in time to eat. It seemed to me like she worked every hour the sun was up in the sky, but somehow she always made it just in time to join the band by the fire.

My eldest cousin was designated pizza tosser and turner while the rest of us created an assembly line. One rolled out the dough, one spread the sauce, I spread the mushrooms (I was the best at distributing equal amounts of the crown jewels), the next guy heaped on freshly grated cheese and passed the plate to the final stage: flame.

While the pizzas were roasted, my grandmother smiled and stepped into the cellar for canned beets from last summer, which, you better believe her grandchildren helped her make. The final table settings were usually placed by me. I couldn't ever resist running to the refrigerator to retrieve an icy quart of dill pickles, which, you better believe I helped my grandmother can last summer. Perhaps that's my favorite part about this summer dish: it all started the summer before, when I picked the grape leaves, the horseradish, the garlic, dill, and pickling cucumbers from my grandparents' garden. The garden that they planted the summer before and the summer before and the summer before...

A 28 year old tending to an excess of plants

More stories from J Wood and writers in Earth and other communities.