My day on the moon

by Bill Harp 3 months ago in Science
Report Story

I'm tired of living in the big world of Earth. 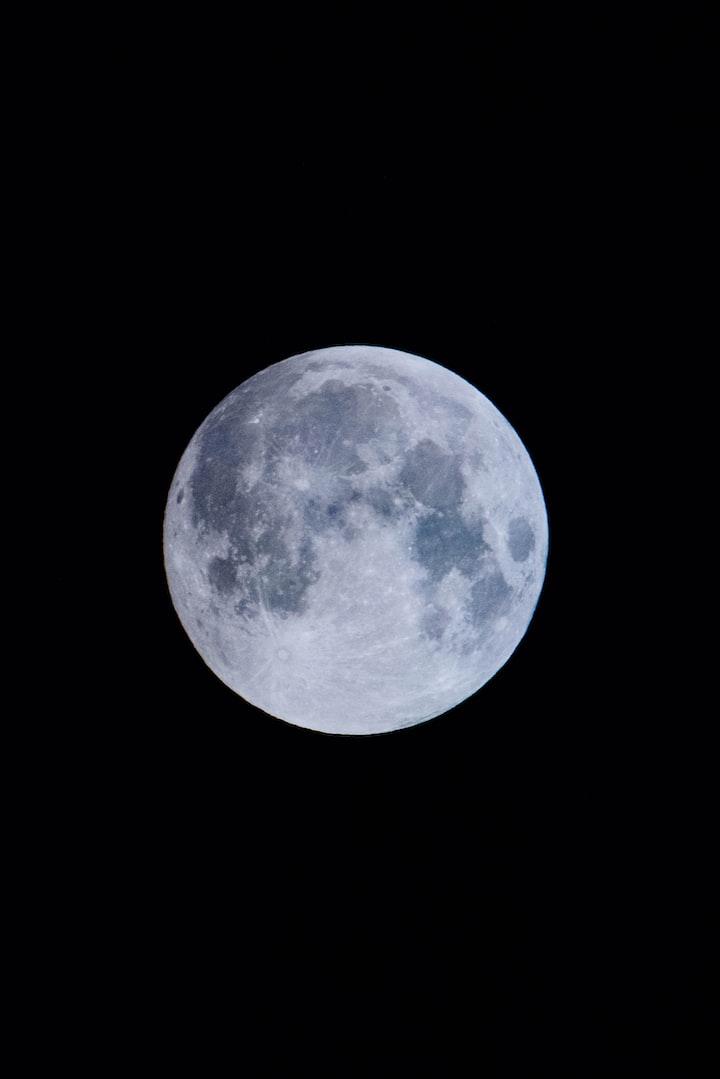 I am tired of living in this big world of Earth. There is a lot of money, and saving it again is not a solution, even the bank said the memory is not big enough. I heard that recently the moon adventure is popular, so I took out 20 million dollars from the bank and started my journey to the moon.

"I entered the capsule with the assistance of space technicians and intense training and was sent to the moon by Shenzhou X. I was the only one in the whole spacecraft (which was an additional request).

My movements were guided by radio and my journey on the moon was monitored by satellite. I had to stay in contact with Earth at all times, and even if I lost my way, I would reach the human Earth without any problems.

What a big moon, we all know that the surface of the moon is uneven, a large black area makes people feel monotonous and boring, just want to lose their temper, see a not too big or small stone under my feet, in a fit of anger I kicked it away, due to weightlessness on the moon, I was lifted over by my force, head towards the ground, the instrument I was wearing on my head was smashed, fortunately, the safety measures were good, I was not injured and could continue to move forward, but with, However, there was no contact with the ground, the signal was broken, and the instruments were out of order. I was scared and panicked, thinking that I should have a good life in the future, and I didn't want to die on the moon in vain without a sound.

I wanted to find items that would help me survive on the moon. After walking for a long time, I found a small hole that emitted a strange bright light that could not be found without a closer look. I excitedly walked over to it, smashed the hole with my hand, blew a breath into it, still no response, and looked inside but couldn't see anything. This made me confused, so I took a stone to block the hole dead, but after a while, the stone erupted like a rocket, then a puff of smoke, smoke into an old man, I was curious, so I went up to ask him, he was holding a shovel-like thing on the earth, hitting the ground hard. I asked him politely what he did, and he said he was the director of the moon's boiler room. I asked him if he could help me survive, and when he saw a strange face like mine, he enthusiastically showed me around the world where they belonged.

Of course, the first thing he showed me was the boiler room. I was in a curious mood and followed him into his domain. After walking in, I learned that he was different from the Earth, burning out of the flame is colorful, different colors of flame have different uses, the boiler has countless small holes on top, and different colors of flame will be sucked into different small holes to complete their mission. Then the old man told the bottom of the moon is divided into three layers: the first beast layer, the second clone layer, and the third the central head layer.

My strange journey began from then on. Guided by the old man, I walked into the first layer, the beast layer, which can also be called the military defense layer, what is the beast layer? It is full of strange, large-bodied animals that cannot be named and have no regular shape to describe them. They are extremely aggressive and fight with the enemy in the fire with their strong bodies. There are also multi-footed beasts, the whole body is soft and disgusting to look at, and they spew out green poisonous juice to corrode the enemy. Looking toward the ground, you can see a river of blood with many tributaries, and the creatures here all live by sucking blood. A three-headed, five-toothed dog rushed toward me, its mouth covered with blood, very tough, it is the leader here, famous for its running speed. When he saw Grandpa Boiler, he was very docile and looked at me, the "alien", and kept wagging his tail.

Then enter the second layer - the clone layer, where people look exactly like Earthlings, but they speak with flames coming out of their mouths, because their noses need a lot of heat to breathe, otherwise they will tighten together and die of suffocation. Those creatures are their elaborate development, and they eat chemicals in liquid or solid form, such as sulfur monomers, iron solutions, etc. It can be seen that the mineral resources on the moon are their best food.

Then, the third layer is the central head layer, they are not living creatures, but a complete set of manufacturing clones and control them by some unknown elements inside the moon for energy, the machine emits a variety of aura, and a clone of the growth process is visible. It turns out that the lifeblood of the entire moon is here. I was led by the old man and satiated with a meal that approximated the food consumed by earthlings.

Suddenly the lunar defense lights went off and there was a commotion in the room, I knew it must be the earthlings coming to pick me up, I hurriedly said goodbye, returned to the capsule, started the machine, and when I said goodbye the old man told me, please do not tell others what you have encountered and what you have seen, lest too many humans come to destroy our environment and our peaceful life. On the way back I thought, I must return to the moon again to explore the unknown secrets of this place.

The most important condition to be a successful person is to work hard with energy every day and not waste time.

More stories from Bill Harp and writers in Earth and other communities.