by Elyssa Ely 3 months ago in Nature 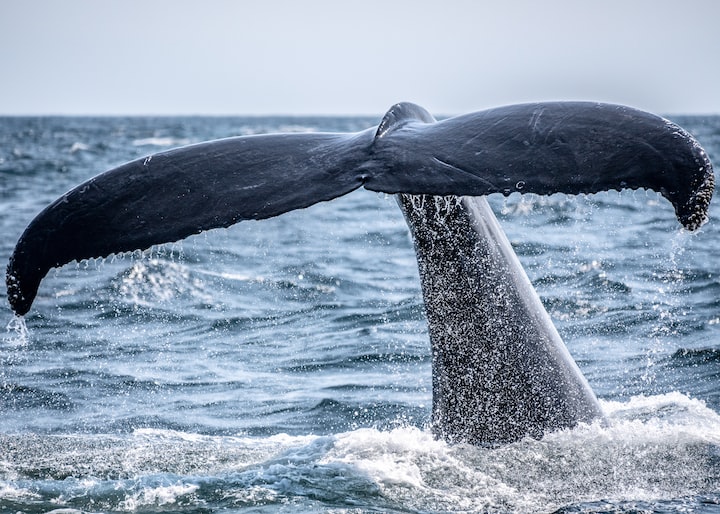 Photo by Richard Sagredo on Unsplash

This can’t be happening, I thought to myself.

I looked around, and my entire canoe was surrounded by a pod of sharks. I felt like a small star in the vast sky, but I didn’t panic. Instead, I stopped paddling and lifted my paddle from the water. I looked over at Brian, my boyfriend, and he seemed petrified at the sharks that surrounded his canoe as well.

“What do we do,” I calmly shouted to Brian.

“We let them pass. And without provoking them.”

“Don’t speak so soon, dear. Their temperament could change at any minute.”

Brian and I were both Marine Biologists. We were on vacation in the Bahamas. A private island owned by one of Brian's friends.

“Maybe this was a bad idea,” I said to Brian. “We shouldn’t even be out here. No one knows we are here.”

“Don’t panic, Sarah. The island isn’t too far away. We just need to wait them out. The pod will pass. Trust me.”

I looked into the water and saw one of the sharks swim past. It jolted from the water, indicating a stance to intimidate me. I immediately looked at Brian.

“Their body language is aggressive.”

“No. They are just curious. We’ve been in this predicament many times before.”

“With a team, not just you and me. And the sharks were fed beforehand. So there is no telling the last time they all fed.”

“But won’t the paddles provoke them?”

“Not if we paddle gently.”

Brian gently lowered his paddle into the water. Before he began paddling, he gave me a bold look. “Just follow me.”

I watched Brian paddle and gain a distance before I gained the confidence to do so myself. Then, finally, I lowered my paddle and heard a snapping sound. I looked at Brian’s paddle, and it was half its original size. And his eyes were twice as wide.

“What happened,” I asked.

“One of the sharks bit my paddle,” Brian said.

“I’m thinking, Sarah.” Brian had a look at the surrounding sharks. “Peddle beside me. And Quickly.”

When my canoe finally reached beside Brian’s canoe, I noticed that the sharks became more aggressive.

“You peddle ahead, Sarah. I will hold onto your canoe and drag,” Brian said.

“But the sharks. What if one bites my paddle like they did yours.”

“We’ll just have to do our best then. So go ahead, and be careful.”

I maneuvered the waters, and Brian dragged along until I felt a substantial bump. A shark hit Brian’s canoe and knocked him into the water. It was a miracle my canoe didn’t tumble over as well.

The sharks all attacked Brian. He screamed out until his screams turned into gurgles before going under. When I turned to see what had happened, the water was red from blood, and silence ensued. I looked around, and all the sharks had vanished, feeding on Brian, I suppose. I was so terrified that my mind didn’t allow me to mourn Brian. Instead, my hand immediately gripped my paddle, and I used the moment to escape away to the island. While I paddled away from the bloodbath, the sharks resurfaced and chased after me. One knocked over the canoe, and I fell into the water, tasting Brian’s blood as well as the salt in the water. Then suddenly, a giant ivory whale appeared. So it seemed to have startled the three sharks that they backed away. Next, the Whale swam close to me and used its fin to guide me. The Whale protected me from the sharks and showed me to land. When I crawled onto the sandy beach, I gasped for breath and coughed until I saw Brian laying in the sand a few feet from where I was. His eyes were closed, and his left leg was missing. I rushed over to him and made a tourniquet from my shorts. After I stopped the bleeding, I gave Brian CPR, and thankfully, he woke up.

When I looked back at the ocean, I saw the Whale. It breached then returned back into the waters.

That next day, the island owner, David, visited Brian and me in the hospital. He was distraught about Brian’s leg amputation but relieved that we both survived the shark attack. Brian and I mentioned the Whale encounter to David. And when we did, he stood from his seat and closed the door so that the nurses wouldn’t hear. David told us that Ivory Island was passed down from many generations and that it is named after the Ivory Whale in which lives to protect the residents and guests from the relentless sharks that lurk in the waters. David also told Brian and me that we were lucky to have witnessed the Ivory Whale and that he has been anticipating sighting it himself.

Before David exited, he asked Brian and me to keep his family secret to ourselves for fear of the Ivory Whale being hunted.

I am a Black Girl writer who wants to enlighten the world of readers with my work.

Receive stories by Elyssa Ely in your feed
Elyssa Ely
Read next: Reducing is the Transition