How The Climate Crisis Has Improved My Mental Health

by Mark Campbell 10 months ago in Climate
Report Story

Eco anxiety can be beaten by taking action 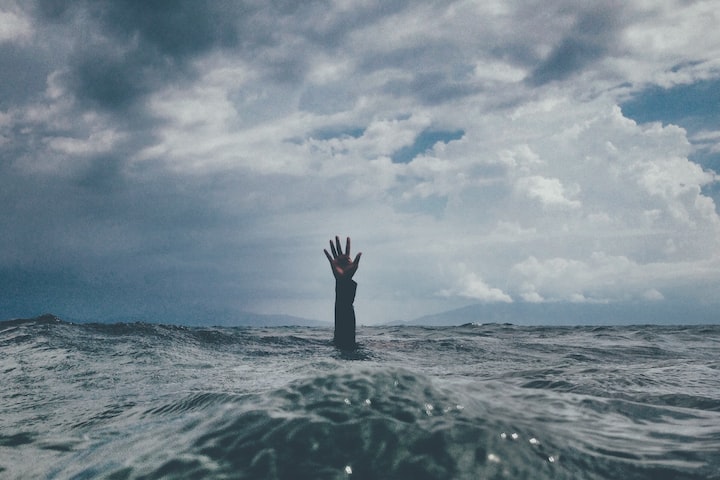 Photo by nikko macaspac on Unsplash

I’ve been an environmental activist and journalist for more than 30 years, but even I have been surprised at the speed at which our planet has succumbed to the greed and excesses of humans.

Ever since climate targets for 2050 were introduced, I championed the calls of those who urged action by 2030 instead.

But even that wasn’t soon enough.

Climate change is impacting our lives NOW. This is indeed a climate crisis. A climate emergency. Climate collapse.

All the recorded facts back this up. I’m way past the point of providing evidence to those who deny an emergency. This is in our faces.

Climate change is already destroying lives around the world and this led to me writing this article on why the climate crisis is the biggest mental health problem we face - one of the Top Stories in the Earth community here on Vocal...

So how has the climate crisis IMPROVED my mental health?

I’m writing this article from a purely personal point of view. I don’t claim to be better or mentally stronger than anyone else. I’m just trying to deal with this new age of extinction in a constructive manner.

I’m focused. It probably helps that I have four children and I don’t want them to experience the devastating future they currently appear to be heading towards.

I can’t understand anyone with children or grandchildren thinking otherwise.

But it’s even worse than that. It’s all of us.

But back to this one.

I said I’m focused. This applies in a job situation. My main line of work is blogging and social media marketing. I have worked for clients in all sorts of industries.

Not any more. Maybe I’ve cut off large sources of income, maybe I’ve opened up myself to new ones, but money wasn’t the motive when I decided that I would only carry out future work for sustainable, eco-friendly, ethical businesses, charities or other organisations.

I feel like I’m finally doing something genuinely helpful. Useful. Crucial, even. I’m being a force for good. And that makes me feel great.

I set up a website, greengreengreen.org, plus social media channels, which is in its early days but is building a useful content library of sustainable living tips and environmental news.

I encourage everyone, through my writing, to see everything they do through a green filter, from life at home to running a business.

This makes me happy. I know how bad things might get but I’m playing my part in encouraging everyone to do their own but to help.

And by the way, if you’re thinking ‘I can’t do anything, it’s big business and China ruining the world’, think again, read the article below and realise your own important place in the whole jigsaw.

It’s all in the mind

Taking positive action is all about MINDSET. It’s not as important that you buy a bamboo toothbrush instead of a plastic one, it’s the fact that you consider what environmental damage EVERY ONE of your actions might cause.

Only when the collective mindset evolves towards realising that we have to live our lives in a more responsible manner, will people start making the bigger, meaningful changes like saving their money with banks that do not fund fossil fuel companies, and voting for politicians who put forward life-saving, greener policies.

Maybe then, the eco anxiety which is weighing increasingly heavily on young people’s minds in particular, will begin to ease with the knowledge that populations around the world genuinely are a force for change.

The uncomfortable truth about dairy

Skip back to my own mental health.

I was a vegetarian for 35 years. I thought throughout that period that I was playing a positive role in helping life on earth. I didn’t want any creature to die, to suffer, just so I could have something to eat. I didn’t want to support a meat industry which accounts for nearly 60% of all greenhouse gases from food production.

But recently I realised it wasn’t enough. The dairy industry also pollutes enormously. It involves a lot of cruelty, which you can easily find evidence of, if you wish — I don’t want to post links to disturbing videos but they are out there in abundance.

Going vegan had been at the back of my mind for a while. I thought I would find it difficult to give up the cheese and chocolates I loved, and I consoled myself with the fact that I was already vegetarian, so I was playing my part more than most.

But that focus I talked about, that NEED to be taking as many positive actions as I could, that made me flick the switch and announce suddenly at home: “I’m going vegan.”

Now this caused some surprise to my partner, who for health reasons follows a gluten-free diet, and caused a few more challenges in the kitchen, but we are working through this…

My children are all veggie and my daughters asked me yesterday, “are you finding going vegan difficult?’

Honestly? Not one bit. When you do something for ethical reasons, it no longer matters how nice your favourite chocolate bar tastes.

I am focused. I am passionate about my cause. And that gives me mental strength.

There’s even more. I mentioned in the opening paragraph that the climate crisis had put things in perspective for me.

The result is that so many things in life just don’t seem as important any more.

Now that may sound like a joyless existence, and that’s certainly where eco anxiety can take you. But I look at things another way.

So much of life is — in Greta Thunberg’s words — blah blah blah.

Not just political promises, as Greta pointed out, but just everyday stuff that makes up what we call ‘life’.

Everything from what’s on television, to whether your football team won, to who left the lid off the mayonnaise… the things we find important every day, that REALLY AREN’T.

It helps me deal with the constant niggles of life by thinking ‘well, in the big picture, this is really nothing…’

I measure everything in relation to our environmental catastrophe.

Even the seemingly big things. I live in the UK and Brexit has already been the predictable shitshow half the country knew it would be.

Supplies are running low, prices are rising, we no longer have enough foreigners to do the important but dirtier jobs that Brits don’t want to do…

It affects my life, my family’s life, but… you know what… I just can’t get too excited or angry about it.

I mean, what does it matter if the UK is begging for scraps in trade deals around the world, when the river at the end of my street is again getting dangerously close to the top of the flood wall?

The wall is only there because of devastating floods in 2005. “Once in a hundred year floods” we were told, They have hit the area three times since.

And that’s just my street. Like I said, I’ve always seen the big picture. I write about climate change issues across the world every day, and the big picture is bleak.

But there remains hope.

The bleakness brings eco anxiety. But hope brings action. And if you take control of the situation, rather than thinking there is nothing you can do about it, that’s good for life on earth, and good for your mental health.

I’m trying to stay positive on this one. And plenty of other people are, too. There is strength to be found.

Journalist and blogger, editor of greengreengreen.org, on a mission to inform, educate and entertain

More stories from Mark Campbell and writers in Earth and other communities.