How Otters are Saving the California Coast

by Ari A 7 months ago in Nature 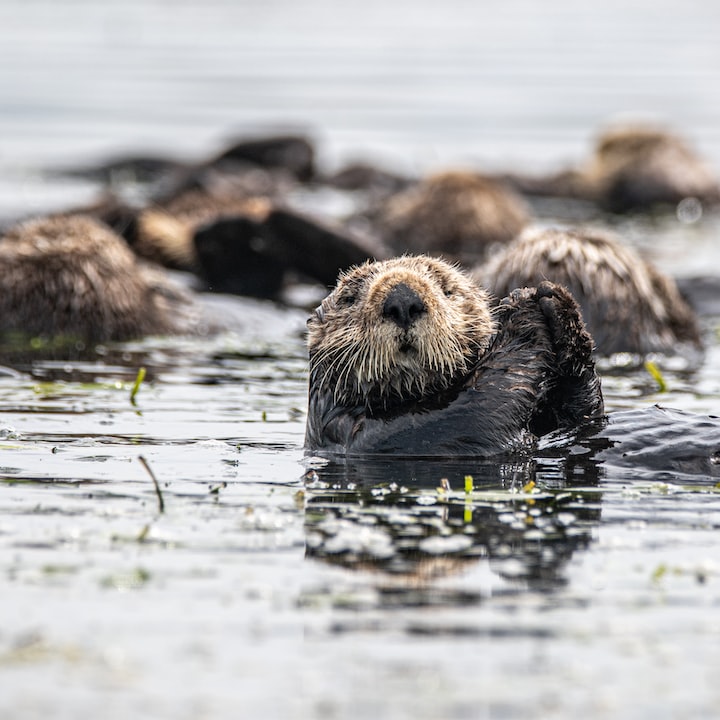 Sea otters are recognized by many for their viral antics and cute appearance, but these acrobatic swimmers are doing more than looking good. In particular, sea otters, the Southern Sea Otter, are taking on the massive task of protecting California's kelp forests as climate change and sea urchins threaten their health.

Kelp forests are large stands of seaweed that grow off the coast. Like forests on land, these underwater groves of seagrass serve as home to fish and invertebrates like abalone. Some fish species depend on kelp forests to spawn, using the dense growths to keep their young safe until they are ready to venture into the open ocean. These stands also shelter the sea life from the force of storms and tides. Kelp forests thrive in cool, shallow water. During optimal conditions, some kelp can grow as much as 12 inches in a day. Divers frequent these forests to observe wildlife and make a living, harvesting invertebrates and spearfishing.

In recent years, kelp forests have been losing a multi-front war against climate change and a sudden explosion in the number of purple sea urchins. Kelp depends on cool, shallow ocean water to thrive. With climate change raising water temperatures, kelp is losing the environmental conditions to propagate and grow. As these forests die, a multitude of species loses their habitat.

Purple sea urchins are spiny purple-colored invertebrates that are related to starfish. Like their cousins, they use a beak-like mouth to eat. Urchins are considered a delicacy in some cultures and are harvested for their buttery, yellow gonads. A more familiar term for this delicacy is uni. However, urchin has not had the same mainstream popularity as it has in other countries and is not gathered in high volumes.

Without great commercial demand or significant natural predators, purple sea urchins have thrived along the central coast, decimating the climate change weakened forests in their wake, leaving behind barren stretched of the seafloor. These empty places, called barrens, then become uninhabitable for future kelp forests.

Sea otters are agile swimmers who hunt and forage in kelp forests. A recognizable image of an otter is usually one of an otter floating on its back, opening an urchin using a stone. Otters are a vital part of kelp forest ecosystems, as they consume a wide variety of fish and invertebrates that reside in the forests. Although they are the smallest sea mammal, they have to eat a massive number of calories every day to stay warm in the Pacific's cool ocean waters.

Southern sea otters were once on the brink of extinction because of habitat loss and the fur trade. Before then, otters were prevalent up and down the California coast. Human development along the coast and oil spills moved otter populations from their usual hunting grounds. Conservationist efforts and legal protections of sea otter habitats have drastically improved the population numbers of these mammals over the years and reintroduced them to the Central Coast.

The otter's appetite for purple sea urchin has positively impacted the remaining kelp forests, helping keep the populations of urchin under control. As a result, the forests remain alive to continue serving other ocean animals. These improved forest conditions also lead to a better quality of urchin for otters to forage. The cycle leads to more significant otter numbers thanks to an abundance of food.

Scientists hope that with continued protections, the otters will continue growing in population and return balance to kelp forest ecosystems. While it may take time for southern sea otters to return to their former population levels, Californias can count on otters doing their best to keep the ocean balanced, one sea urchin at a time.

Reconnect to the land with me on Instagram @arioutdoors

Receive stories by Ari A in your feed
Ari A
Read next: A 250-Ton Rock In India That Has Defied Gravity For 1300 Years