When I’m asked, “Where is Banaba?” I reply, “Scattered all over Australia.” Banaban, Raobeia Ken Sigrah. 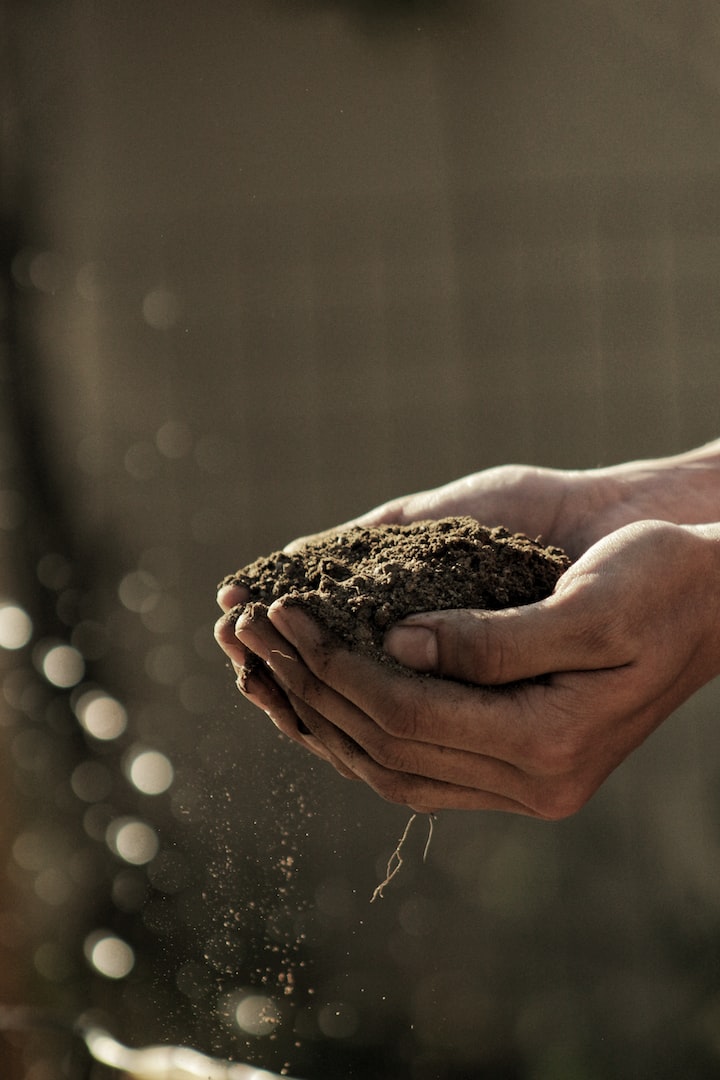 Photo by Gabriel Jimenez on Unsplash

Agriculture is a very recent development in Australia, an ancient land with a continuous indigenous human civilisation over the past 60,000 years. Yet, this brief period of agriculture has significantly impacted Australia’s ecosystems and the land and water resources that agriculture relies on. The extent and significance of this impact are little understood.

Indigenous Australians survived and expanded their occupation of the continent with diverse climates and terrains – testimony to their resilience. Hunter-gatherers in close relationship to the land, they were able to adapt, mobilise and survive.

With little, if any deep relationship with the land, it’s not surprising that European exploitation has brutally impacted not only the vast Australian continent but the tiny isolated Pacific Island of Banaba, once known as Ocean Island.

Over 200 years ago, European settlers encountered an alien world populated by ancient people, unique flora and strange animals. The colonists applied agricultural practices of annual cropping and hoofed animals from the different environments of England and Ireland. This was totally at odds with Australia’s fragile environment. Some of these introduced methods proved successful but there were massive failures, especially in the harsh climate and crippling droughts.

Australia is the driest inhabited continent on Earth. Its interior has one of the lowest rainfalls in the world; about three-quarters of the land is arid or semi-arid. Productivity from its soils is primarily determined by moisture. Only about 10% of the continent receives natural rainfall sufficient for plant growth for nine to twelve months of the year. In the southern parts of the continent where moisture is relatively abundant, productivity is governed mainly by a need for phosphatic fertiliser.

Before the discovery of phosphatic fertiliser, plant nutrition consisted entirely of natural organic materials; among these bone products and guano (bird droppings) were especially significant. These became principal articles of an exploitative commerce upon which the phosphatic fertiliser industry was founded.

In 1871 agricultural chemists discovered that phosphorus unlocked plant nutrients in the soil, leading to a new industry based on the treatment of phosphate rock – essentially bird droppings – treated with sulphuric acid. While deposits of phosphate were discovered on the American continent and in Morocco and Tunisia, shipping costs left Australian and New Zealand farmers dependent on regional guano deposits.

Australia’s early guano mining industry was British-owned, John T Arundel and Company, which by 1890 was mining guano on Queensland’s east coast at Raine Island in the far northern Barrier Reef. Operations moved to Rocky Island in the Gulf of Carpentaria then the Capricorn, Bunker Group of Islands. Commencing in 1893 on Lady Elliot Island then Lady Musgrave and Fairfax Islands, significant deposits were found on Heron and North West Islands.

By 1897 the fertiliser industry in Australia and New Zealand, still in its infancy, was limited by meagre quantities of low-grade guano assaying around 30% phosphate. Australian farmers were demanding 60%, and Arundel’s company was struggling to keep afloat.

By the early 20th century, Australia’s agricultural production had rapidly grown; output well exceeded the needs of Australia’s population, leading to the country becoming a major food exporter. A crucial component of this success was subsided superphosphate fertiliser derived from the rich phosphate rock deposits of a small Pacific island, Ocean Island (now known as Banaba). The discovery of phosphatic rock on Ocean Island in 1900 revolutionised the Australian fertiliser industry.

In July 1899, the relationship between Australia and the Banaban people was forged when Albert Ellis, a young employee at the Arundel Sydney office, conducted routine tests on a fossilised rock used as the office doorstop. To their astonishment, the rock assayed over 90% phosphate of lime.

This spurred the company to immediately secure these deposits.

Albert Ellis, arrived on Ocean Island at dawn on 3 May 1900. Within hours of his arrival and his sighting of large boulders of phosphate stone, Ellis began negotiations with the Banaban inhabitants numbering just 453 people. None of the Banabans understood English, however Ellis “negotiated” an “agreement” (which became known as “the Scandalous Document”) which undertook to pay the “said natives” a rate of fifty pounds per annum, or trade to that value, for a term of 999 years.

When it was realised that Ocean Island was not under European jurisdiction, the Colonial Office brought it under Britain’s Gilbert Islands Protectorate. This previously insignificant island became a valuable, sought-after asset.

Both the Colonial Office and the company repeatedly told the Banabans that their land was needed to feed millions of people. The British Government also reaped financial rewards. Not content with stealing the Ocean Island phosphate, they taxed the Banabans over 84% of their meagre royalty payments to fund the administration of the Gilbert & Ellice Islands Colony, now the Pacific nations of Kiribati and Tuvalu.

Over the next 80 years, the Banabans, as did indigenous Australians, paid the ultimate price for Australia’s agriculture success. Over 23 million tons of their island’s soil containing the crushed bones of their ancestors was taken away, to be scattered over Australian farmlands. The destruction of a remote island and its meagre population was never allowed to stand in the way of “progress”.

When the last shipment of phosphate left the island in November 1979, the devastating environment of the homeland of the Banaban people was decimated. Of the island’s 1,500 acres (607 hectares), only 150 acres (60.7 hectares) remains unmined. The old asbestos-covered mining plant and buildings remain shattered and crumbling, spreading toxic waste amongst the Banaban population of around 350 people who reside on the island today. No rehabilitation of the island’s land has been carried out, it is left covered in weird-looking exposed limestone pinnacles, some as high as 18 metres, towering over the moon-like landscape of the island. No tree replanting has been carried out, and droughts on the island have become more frequent due to the changed environment.

This chapter of Australian history remains forgotten, gathering dust locked away in archival vaults. The history of the Banaban Pacific Island people remains just another distant memory – a very different time and place, insignificant and not worth mentioning. Yet this period of Australian history bleeds into modern times. While Australia has seemingly moved away from the dark ages to embrace the goals of equality and a democratic nation on the world stage, for the Banabans, these ideals and principles would never apply.

With Australian soils so deficient in phosphorus and the country’s economy so dependent on agriculture, extensive use of affordable cheap Ocean Island and other Pacific island phosphatic rock became the mainstay of Australia’s farming industry, essential to its production of food and fibre. Australia became one of the largest producers – and users – of superphosphate in the world.

The bones of the Banaba ancestors are scattered across Australia. Through the application of phosphatic fertilisers, they have been taken up into the food all Australians have taken for granted for over 100 years.

But Australia is also paying the price of utilising Ocean Island’s phosphatic rock for its superphosphate industry. Recently discovered; the very element that made the phosphate so pure and high-grade was the very high levels of cadmium, a heavy metal naturally formed by volcanic activity and weathering of rocks. Once released into the environment, cadmium can be transported in particles blown on the wind or washed on the water. The International Agency for Research on Cancer (IARC) classifies cadmium in Group 1: carcinogenic to humans. The critical health effects of cadmium are on the kidneys and bones.

When phosphate was first discovered on Ocean Island, Australians were unaware of the effects of cadmium and its impact on the food chain. It has now been found that Australian farm soils and streams are contaminated with a toxic legacy of high cadmium levels, from generations of superphosphate use. From wheat and other food crops to beef and sheep production, cadmium has had a major impact. Animals grazed on paddocks treated with superphosphate from Ocean Island and nearby Nauru have been found to have enlarged and damaged kidneys from cadmium toxicity and poisoning. Whole crops have been condemned, with high levels of cadmium well outside the world health standards.

In 2002, Australia adopted a strategy to maintain safe levels of cadmium in its agricultural soils and ensure safe food production. With representatives of all States, the Commonwealth, CSIRO, the National Farmers’ Federation and the fertiliser industry, the Australian fertiliser industry has introduced an Australian Cadmium Minimisation Strategy.

Indigenous Australians and Banabans both shared fundamental beliefs about the relationship between their land, their identity and their way of life as indigenous people. For them, the land was – and is – far more than just soil, rocks or minerals. It was – and is – a living environment that sustained – and sustains – them as a people and their culture. It was not about owning land but about each person belonging to the land. For the Banabans, this connection is related – and relates – to their kinship system. For indigenous Australians, it is often described as a “connection to country”.

For Banabans, it is a connection to the spirits of their ancestors and their cultural law known as te rii ni Banaba, (the backbone of Banaba), relating to their land, their family kainga (hamlet) and their ancestral lineage or genealogy.

By the 1950s, Australia’s wool industry gave Australia one of the highest living standards in the world. This industry would symbolise what it meant to be Australian as “we rode on the sheep’s back”. Yet, through all this agricultural and pastoral “progress”, the Australian environment has massively suffered.

In 2000, approximately 4.6 million hectares of agricultural land was thought to be at “high risk” of developing dryland salinity. Model-based estimates suggest this figure could grow threefold to fourfold by 2050.

Sadly, much of the sustainability provided by both Australian and Banaban indigenous cultures through thousands of years of changing climate, biology and landscapes have been lost following European arrivals in the late 18th and 19th centuries. While survival was the original objective, colonisation quickly extended to focus on wealth creation, with both objectives seen through European eyes.

Between 1900 and 1980, more than 23 million tons of the Banaban’s land was removed, with over 13 million tons scattered over Australian farmlands. This left the island devastated and only capable of supporting a small population of between 300 to 500 people. In World War ll, the Banabans were forcibly removed from their homeland by invading Japanese forces, which subsequently played into the mining company’s hands. In December 1945, surviving Banabans, numbering just over 700 people were sent over 2,000 kilometres away to resettle on Rabi Island in Fiji, a foreign land.

Today’s Banaban population, approximately 6,000, is scattered across the Pacific, with the majority living as displaced people on Rabi and other islands in Fiji. They remain impoverished minority people, still suffering from the actions of past colonial rulers. Over 90% of the Banaban population is identified as living below Fiji’s poverty line.

No other country has paid such a devastating price to help build the Australian nation. Today the Banabans are calling on the Australian Government to formally recognise their major contribution and historical relationship to Australia’s agricultural achievements.

With so much of their homeland and ancestry scattered across the farmlands of Australia, might not the Banabans ask, “Should Banabans now call Australia home?”

Read more about the epic history of Banaba (Ocean Island) and the Banaban people (The Forgotten People of the Pacific) as they try and seek justice to save their island, their culture, their future, "Te Rii ni Banaba- backbone of Banaba" by Raobeia Ken Sigrah and Stacey M King, available on Amazon here.

Stacey King, a published Australian author and historian. Her writing focuses on her mission to build global awareness of the plight of the indigenous Banaban people and her achievements as a businesswoman, entrepreneur and philanthropist.

More stories from Stacey King and writers in Earth and other communities.