by ótomundi 8 months ago in Humanity
Report Story

Through the panorama of an artistic juxtaposition. 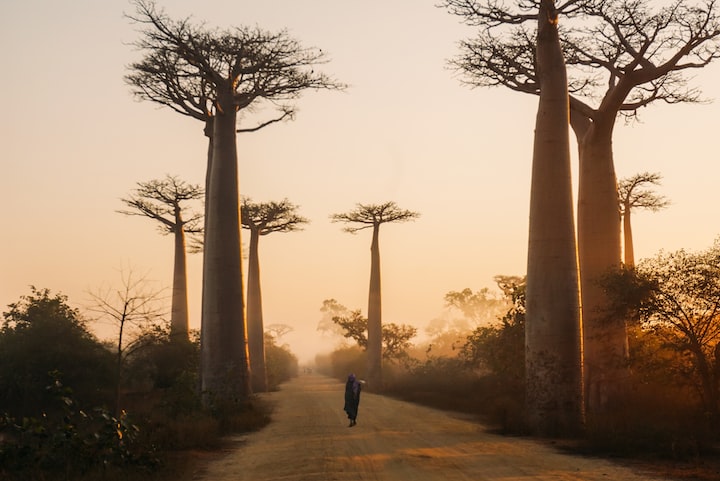 Photo by Yasmine Arfaoui on Unsplash

Writing about the arts of Black Africa awakes, inevitably, a delicate predicament of equilibrium between its ethnology and aesthetics, both being equally important viewpoints.

A narrative that exclusively depicts the arts of Black Africa from an aesthetical perspective, equates to restricting it from a large portion of its meaning and humanity.

It's as if, people in Europe, completely ignored the Biblical stories and then ventured to fully appreciate the tympanum of a Roman cathedral.

Equally, regarding the arts of Black Africa, to truly appreciate its beauty, one must understand its motive, its purpose, and its mythical sense for the African craftsmen and those who celebrate it.

On the other hand, if the narrative on the arts of Black Africa chooses to privilege its ethnological features over the aesthetics, it further mutilates a whole creation, reducing it to the object level, despite it being, for example, exclusive to religious ceremonies.

The time has come to declare that the arts of Black Africa enrich the artistic heritage of humanity, to the same extent as other masterpieces that, thus far, have savored much higher recognition such as the works of Michelangelo and Picasso.

It's time to better appreciate the beauty, the power, the delicacy, and the compelling nature of Black African art.

The complete appreciation of Black African art suggests a conscious effort from the Occidental spectator who needs to retire from a habitual manner of reasoning and strive to adopt the vision of the artisans who create it.

This is especially significant in regards to the most delicate conception of them all, the Occidental idea of art.

It's necessary to emphasize that the notion of art for the European or North American is extraneous to that of the traditional Black African artisan.

However, this doesn't mean that the beauty of Black African art hasn't flourished in various domains, even though it wasn't called art and carried a distinct purpose as that of Occidental art.

To this, the spectator must ask him/herself:

What then, replaces the Occidental notion of art in the Black African mentality?

In the spirit of a Black African, the art which is well made or pleasing to the eye is based on moral precepts, and that which is useful and well acclimated to its purpose is based on traditions.

In Black Africa, several of the art formats are consecrated to the glorification of a ruler. The influence of royalty has often signified the birth of a roundup of crafts deliberately created to venerate the ruling class.

Ultimately, it's about an art founded on religious fundamentals, in which the king or ruler is regarded as a being of divine essence. This form of religious art embodies a myriad 0f moral and sociological implications.

Through its motifs and expressions, the arts from Black Africa enable social cohesion and hierarchies to function, inspiring respect for the customary laws and repressing misconduct.

Due to this particular social orientation of Black African art, the human figure is the most portrayed expression. Animals are also represented as characters to recreate, modify or express human behavior.

The Black African artist has often responded to orders originating from supreme entities, such as court officials and secret societies. His inspiration didn't arise from an individual ambition, instead, the artist performed within the traditional norms and systems, which always allowed space for a diverse set of precious creations.

Lastly, since a superficial glance can provoke the spectator to assume a uniform art characterized by specific immutable traits, it's crucial to emphasize the geographical influence on Black African art.

Each region of Africa has created its artistic forms which derive uniquely from the visible manifestations in the collective psyche of its ethnicities.

In each ethnic group of Africa, craftsmanship is manifested in all aspects of life and goes beyond the traditional domain of statues and masks, to englobe adorned and carved objects, musical instruments, weapons, and finally, corporal arts such as headdresses and scarifications.

The arts of an ethnic group are the expression of a particular manner of seeing the world, built upon tacit, unconscious, and spontaneous experiences that orient the creation of vivid, comprehensive, and appreciative or fearful realities for all its members.

More stories from ótomundi and writers in Earth and other communities.