by Joshua Han 6 months ago in short story
Report Story 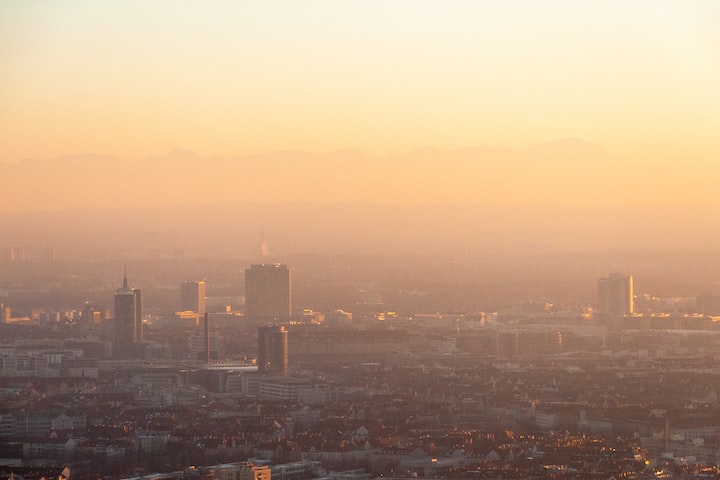 Photo by Dimitry Anikin on Unsplash

My local Priceline pharmacy has started selling bottles of Chinese air. I’m late to this trend.

I pull up at Castle Towers one July morning, and a hundred or more people have congregated outside the doors to Priceline and onto Terminus Street. They are huddled together like a colony of penguins, albeit with coats and masks. A large pullup banner at the entrance marks the event.

The queue seems to have no end, and the carpark is filled from level 1 to level 3, but my Albuterol prescription is urgent. So I drive back home and catch the bus.

A quarter to eleven. It’s unusually icy today. Even here, packed close with others in the queue, the chill seeps through my two coats and elicits a shudder. One-degree Celsius air breaches my respirator and stabs my lungs. For the first few minutes, I cough violently. I’m not sure whether it’s the cold that has flared up my asthma, or the pollutants, or both. Some Albuterol should help.

The atmosphere is Martian. Weak sunlight glows through brown haze, diffusing dark orange amidst sulphate and nitrogen dioxide. Flakes of ash hang like warts disrupting the homogeneous air. I catch a particle. Against my fingertip, it looks too hefty to float. I flick it away. Then, with a sudden exhalation, I scatter the particles away from my face — but more flank in from beside me and regroup before my eyes. I struggle to remember when the air didn’t look so dense.

The entrance is about 50 metres away. It’s far; needlessly far. Why did my prescription have to come only now?

“Excuse me, do you mind if I move in front?”

The wind picks up a polystyrene chips box and bounces it along the pavement.

The rest is silence.

“Please, I have a prescription to pick up.”

It seems that, along with cold-resistant coats, most have brought noise-cancelling earphones.

Eyes remain fixed on handsets. It looks like they’ve also brought along some nonchalance — the anti-social kind.

I do some mental math. The queue moves around half a metre every minute, so I’ll have to breathe in this cold smog for another 1 hour and 40 minutes.

I slink back to my spot and bury my nose into my duck down.

Down street where the main mall begins, a jumbotron fires up with the morning news. Its LEDs awaken, revealing a blonde-haired man with a navy tweed suit. The screen takes up the entire height of a two-storey wall, and appears at least twice as wide as it is tall. The pixels shine unexpectedly bright through the haze. I wonder how much power it takes.

“The House of Representatives has passed a radical bill to convert 50% of Australia’s energy usage to renewable sources by 2050.”, the anchor proclaims. “With the bill expected to pass in the Senate by the next week, this new ten-year plan will allow the federal government to encourage green energy by providing subsidies and raising national awareness about climate change.”

Raising national awareness. Wait, for the last thirty years? From behind me comes a disgruntled murmur, something about our renewable energy policies being outdated, or maybe how the Chinese count in five-year plans rather than our ten. But otherwise, no one voices opposition. Who needs clean air when there’s bottled air?

The news flash transitions to an overhead shot of the House of Representatives, its green décor in full view. “Greenwashing!”, says the voice from behind. Then a cut back to the newsroom shows the anchor with a reassuring smile.

“Central to this policy is a ban on the sale of new petrol automobiles, which is expected to materialise across the nation by 2045. This follows delays over the last decade where the target of...”

A revving engine blares over the man. Seconds later, a Ferrari speeds past. It is trailed by a Benz, and a tanker truck, clouds of black pluming from its smokestacks.

I’ve realised that most customers enter the pharmacy flat-bellied and exit pregnant, a box of air concealed beneath their coat like a cuboid baby. What killed me at the start was how husbands and wives would walk out together, both pregnant. Others appear dazed, staring into the very air before them. I wonder what they see. So I focus.

Before me, dense waves of dark brown begin to form as wisps of haze merge into one. The waves pulsate slowly, as if conducted by an ancient, unifying rhythm. It is oddly beautiful, almost hypnotic. But in this moment, I also understand what it must feel like to finally buy drinking air — to conquer the pain and coughs and sickness wrought by this strange beauty.

Suddenly, five middle-aged brunette women crash out of the store, screaming a jumble of expletives. They grasp at their loads and waddle in synchrony, until they pause in the middle of the footpath. The tallest is a head above the others, and seems to be the ringleader. It looks like she’s counting. One, two, three, four, five boxes for the clique. Then they disappear into a white van. The Aussie daigou community is swift, indeed. One must wonder about their mark-up price when they resell the air on eBay; those five boxes would easily fetch one or two Bitcoins each.

Behind me, a stocky African man braves compression tights, probably here on detour to the Fitness First nearby. His top and leggings cling to his skin, showing chiselled abs and bulging pecs. Yet, there’s no room for stretch, certainly not enough to fit an entire box underneath. I wonder how he’s going to protect his own baby from unwitting theft. Maybe he won’t. But he ought to be careful, because it is precious stuff: Kunlun Mountain Air, imported straight from China.

I glance around, but only the stocky African stands unglued by a handset. I realise he’s asking me.

“Yes.”, I say. “But I knew about it for a while. I first heard about it... twenty-five years ago? Vitality Air, I think the company was.”

Biting air rushes down my throat and ignites a series of dry, rasping coughs. The entrance is still far; 40 metres away now.

“Ah, yeah. Although they sold to China back then.”

His voice is deep but it wavers slightly. He’s shivering.

I offer him my outer coat.

“I’m actually not here for air. I need some Albuterol for my asthma.”

His eyes widen, but relax into an understanding nod.

“My old lecturer would not approve that.”

The African tells me how his first university experience was an entrepreneurship seminar, back in 2015. Apparently, they were learning about “Catching Wind on What’s Hot”, and the lecturer’s case study featured none other than Vitality Air!

“Mr Paolini”, he says above the traffic, “told us to ‘spot and exploit’ situations like the free air supply and increasing demand that Vitality had created. And also to jump on board the latest trends, both as customer and entrepreneur.”

The African pauses, then smiles.

“He was very fiery and passionate about business. He was bald, with a grey moustache. It jiggled often.”

I try to imagine Mr Paolini preaching the traits of an entrepreneur. I know that my mind should be envisioning an impassioned man dominating the lectern, but I hear the voice again — “It jiggled often” — and all my eyes can see is a hooked moustache dancing about in a jittery tarantella.

“I shouldn’t have said that part. Mr Paolini was amazing otherwise. He made millions in the resale business. The products he couldn’t sell, he used. They gave him happiness.”

I’m now about 10 metres from Priceline. My mentals were slightly wrong, though. It’s been more than two hours. The men and women come and go, nursing bloated cuboidal bellies.

Then, a lone woman I hadn’t yet seen exits Priceline. Like the others, she is pregnant, but her belly is bloated spherically. It’s a real baby. She clutches a pink can of PregmaPlus with both hands: the first customer, I believe, not to buy drinking air. Everyone stares at the mother; insidiously, like Arctic wolves standing down a hare. For a moment, we lock gazes. And in her eyes that edge closer together, her brows that furrow downwards, there is a sense of pain and betrayal.

She shuffles backwards a bit, and skitters away.

The wind picks up again, becoming stronger than before. It comes repeatedly in bursts, until it settles into a steady, quotidian hum. The pitch is haunting and melancholic. Used napkins and foil wrappers are lifted off the pavement. Loose scarves and strands of long hair are taken hostage.

Still, the gusts rise yet again, breaking into a high, Aeolian desperation. The pullup banner is knocked down with ease. It is pushed towards the main mall to the sound of steel scraping along concrete. Numbing cold sets in. I pinch my nose — it hasn’t fallen off, but I can’t feel it. Heads retreat into coats; arms clasp around torsos.

Soon, a low wall of arcus clouds engulfs the Sun, and it starts to thunderstorm.

Orange air turns grey turns pitch black. Street lamps come alive. Rain charges earthwards in long, thick streaks, drumming down upon the roof. It is angry and deafening and biblical. Milky water swells on the sidewalk gutters, travelling down street like urban rapids, its surface boiling white. The froth looks vile. But the earthy petrichor is a welcome change from ashen fumes.

The queue plods along at the same pace.

I can just make out three or four young women inside, stacking shelves. The eight aisles all have light blue boxes with the initials KMA in bold, capital letters. There might be enough stock here for the whole of Sydney.

I reach the counter, but they have limited transactions to one item each. Prescription in hand, I tell the cashier what I’ve been waiting for.

Running along the edges of the box is a border of clear tape, so slippery that my nails cannot peel it off. The box itself bears one of those complicated designs with a centre tab that has to be pulled out before lifting the lid.

Instinctively, I clutch my keys and stab the box open. Inside are six large cans. I snatch one out and twist the plastic funnel onto the cap. The others I bury under my coat.

The air that comes out is cool and moist, clear and soft. It relaxes my airways, as I gulp down serving after serving like a hungry wolf. I feel as if I can live without Albuterol. And perhaps it’s true.

~Perhaps this is the greatest joy of life: drinking air, all for half a Bitcoin.~