by Jason Ray Morton 2 months ago in Sustainability
Report Story

The mistakes that California has made in poor planning and infrastructure should serve as a reminder to the rest of us that it's a new world, and we better get to work if we want to keep the lights on. 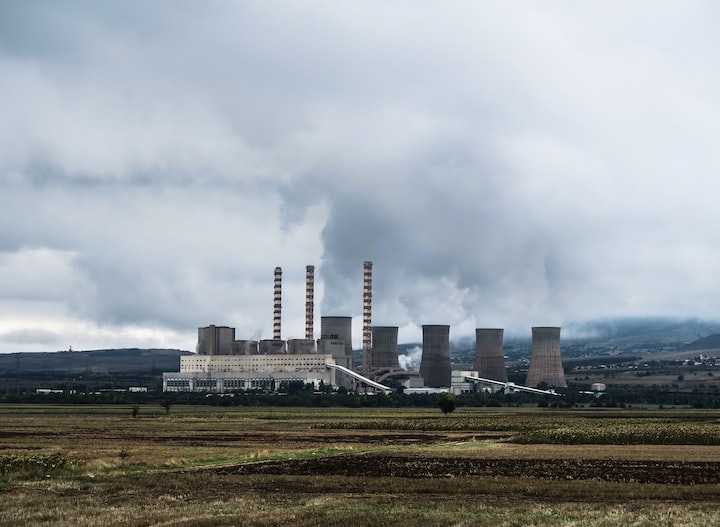 Photo by Jason Blackeye on Unsplash

There’s a range of reasons we need to use renewable energy. The most simple of which include that they are more environmentally friendly and won’t deplete the way fossil fuels might if we don’t slow down consumption. That’s the “good” of renewable energy.

California is one of the hardest to power states, and the past two summers have experienced rolling blackouts. The current prediction is the state may be looking at three more summers of blackouts due to power supply shortages and extreme weather.

The belief is that California could be short about 1,700 megawatts this summer. That’s the equivalent of 1.3 million homes, and that may get worse by 2025. These numbers are before factoring in extreme summer weather, such as heat waves or wildfires that can take down power lines.

The report on California’s problems comes a week after California Governor Newsom said he would support extending the timeline for shutting down the last remaining nuclear power plant in California, to ensure they have the resources to maintain reliable power supplies while transitioning to a carbon-free grid.

Challenges due to the global supply chain crisis have made it harder for utilities to obtain new supplies, including batteries, which soak up solar energy during the day and then release power at night when the grid is the most stressed.

Megadrought May Affect Power For Millions

The Western United States is suffering from the historic droughts that have choked off rivers from the Rocky Mountains to the California Coastline. The drought is going to cause the already stressed situation on the west coast to be worse and force the region to depend on fossil fuels.

Reservoirs that should be full of snowmelt show rings where the waterline once was. The largest one in the United States, Lake Mean, has dropped by nearly 170 feet. Meed’s peak operating level is 1229 feet. Meed is now below 1050, which leaves it at below half the energy generating capacity for hydroelectric energy pumps. Half the turbines won’t be operational and at below 950 feet, the turbines won’t operate.

With Lake Mead dipping at historic levels and speeds, the amount of energy being generated will continue to decrease, further driving California and the west coast to rely on fossil fuels. Below 950, the Hoover Dam Hydro Electric Power Plant can’t generate energy.

Below 895 feet is what’s called Deadpool elevation. Water will not flow past the dam. Arizona, California, and Mexico will be cut off from their allocation. The entire southwest may collapse at this point, and by proxy, the US.

The lack of planning and forethought is never going to be more evident than when we look at the transition to renewable energy that is, some say, being forced on us by the progressive hand of the democratic party and liberal-leaning politicians. For those that don’t have it in them to be forward-thinking, the transition to renewable energy should have been a long game.

California’s down to only one nuclear power plant. They’re facing record droughts and a struggle to keep reliable energy supplies coming into the state. As America is pushing toward this “Green New Deal,” there are stumbling blocks that could have been prevented, and will only get bigger if not addressed.

California moved this year to end the sale of gas-powered vehicles by 2035. It’s an aggressive timeline, considering the problems they face in the energy sector.

With rolling blackouts becoming a reality and expected to last until at least 2025, finding a way to handle the load for charging their transportation is going to become a problem. Losing one source after the other, California has to have energy for those driving electric vehicles to charge them. In the summertime, it doesn’t have enough for both air-conditioning and the load charging EVs puts on the grid.

This is the problem with transitioning America too quickly, and why it may be too late to put a dent in the problems of global climate change and global warming. The transition from fossil fuels to renewable energy technologies is going to be entirely too complicated on multiple fronts.

Financially, moving America to greener energy sources is going to take untold amounts of investment in new technologies and infrastructure. Meanwhile, the move away from fossil fuels will have a ripple effect, as has been shown by the oil companies. When the oil industry grasped that a Joe Biden presidency put their futures in jeopardy, prices started rising. Had America started pushing toward a better future 30 years ago, even 20 years ago, then perhaps we would be able to transition away from burning fuels into our environment.

Logistically speaking there’s much work to be done before America is going to be able to transition to cleaner fuels. In the meantime, the energy sector has closed nuclear power plants, not built new ones, and new drilling, new coal mining, and energy production have been down in part due to burdensome regulations by the president. Logistically, EVs sound great and the big auto companies are moving rapidly toward delivering a new generation of vehicles to consumers. Where will we charge them? In smaller areas, charging ports are barely available and scarce. The U.S. Infrastructure isn’t there yet, and may not be for a while as parts and supplies are still hard to obtain due to reliance on most of our electronics coming from China.

They like to say energy prices went up because of Putin and the Russian War in Ukraine, but energy prices were climbing steadily before February and inflation was already starting to show itself in 2021. Bad energy policies are doing just as much damage to the economy, and the future of the liberal lefts demands to move to a green-friendly tomorrow.

Politically, this shouldn’t be an issue. The science is sound. The environment has been in danger my entire life. From the overuse of plastics to the burning of fossil fuels to deforestation, we’ve ravaged our world in the interest of progress, expansion, and greed. Politicians won’t come out and say it, but it’s a political nightmare. Big oil is much like big pharma, they’ve bankrolled politicians for years. Turning on big oil in favor of something newer and safer for our futures means the end of an era.

Each side may disagree on the timeline within which it needs to be done, but becoming less dependent on fossil fuels is a necessity. While they continue to eke out their arguments and protect the interests of different industries, we continue to watch as historic weather patterns prove that the scientists telling us we’ve hit a critical point in human history are right.

While California and the southwest are going to be hit the hardest and likely first to struggle through the energy problems from the antiquated grid tech, it was reported earlier this month that the grid in the central U.S. could be forced to impose rotating blackouts due to rising demand and power plant retirements. Extreme weather is being blamed for challenges to power grids across the United States, and officials are concerned that record heat and drought will cause rotating blackouts to be a necessity.

Politically, if our leaders won’t demand answers from the energy sector about the record profits they continue to make and why they aren’t investing in keeping the infrastructure updated, it’s time they step aside and let someone else do the job. It is easy to see that greed in the energy sector has overridden any planning and investment in the future.

Leave your thoughts in the comments section, and thanks for your time.