11 cold knowledge about the blue whale 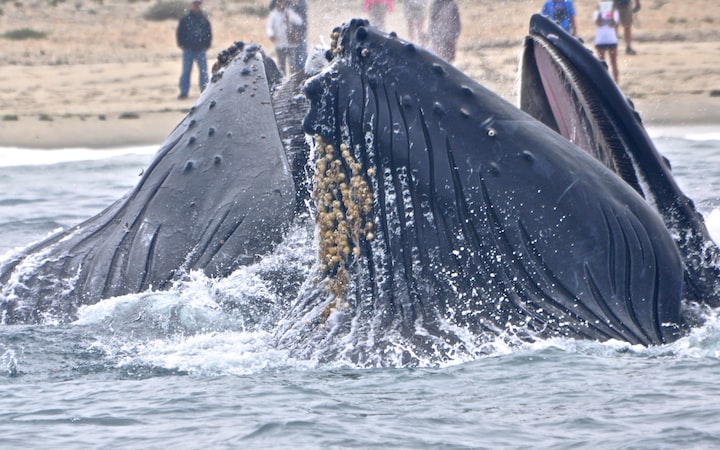 Photo by Robyn Carmel on Unsplash

These majestic marine mammals are so huge that their hearts weigh as much as a car.

The Balaenoptera musculus, also known as the blue whale, is the largest animal ever to live on this planet (don't get me started on the movie monster). Even when it was a newborn, it was still one of the largest animals in the world!

The planet is covered with an amazing number of fascinating creatures, and the blue whale is one of the most advanced species. The specific reasons for this are as follows.

Not only are they big, but they are very big, even extremely huge! Typical lengths range from 80 feet to 100 feet (24 to 30 meters), with the longest ever recorded being 108 feet long.

3. The heartbeat of the blue whale is very loud

The heart of the blue whale is huge, the size of a car. The sound of the heartbeat can be detected from two miles away.

4. The tongue of the blue whale is also very heavy

The tongue of a blue whale is as heavy as an elephant's.

Blue whales are born big, and they are the largest babies on earth, some of which are counted as one of the largest adults in the world when they are first born. They weigh about 8,800 pounds, are about 26 feet long, and gain 200 pounds a day! Their growth rate is probably one of the fastest in the animal world, with billions of times more tissue growth in the 18 months from conception to weaning.

6. Blue whales have a loud voice.

Blue whales are the loudest animals on the planet. The volume of a jet engine is calculated at 140 decibels, and the call sound of a blue whale can be as high as 188 decibels. People can hear them pulsing, moaning, and lamenting from 1,000 miles (1,600 km) away.

7. Blue whales have a big appetite for small fish

Blue whales feast on krill, and their stomachs can hold up to 2,200 pounds of small crustaceans at a time. They need to eat nearly 9,000 pounds of the little guys every day, and during the summer feeding season, they eat about 40 million krill a day.

They travel frequently, spending the summer in the polar regions and then swimming long distances to the equator when winter arrives. Although they travel at a speed of 5 mph, they can accelerate to 20 mph when needed.

Although not as old as the oldest trees on Earth, blue whales are among the longest-lived animals on the planet. Just as trees count the rings of years, scientists count the layers of wax in a blue whale's ears to determine its approximate age. After calculating in this way, the longest-lived blue whale found so far is about 100 years old, and its average lifespan is about 80 to 90 years.

10. Blue whales were once abundant

11. The Future of Blue Whales is Uncertain

Although commercial whaling no longer poses a threat, the recovery of blue whales is slow and new threats are raging, such as ship strikes and the effects of climate change. The World Conservation Union (IUCN) Red List has named them an endangered species. Hopefully, with time, the planet's most fearsome gentle giants will be able to roam the oceans in large numbers again.

More stories from Seamons Mahall and writers in Earth and other communities.