The decline of Five Star Brazil is not without reason

by Karpenaru 2 months ago in world cup
Report Story 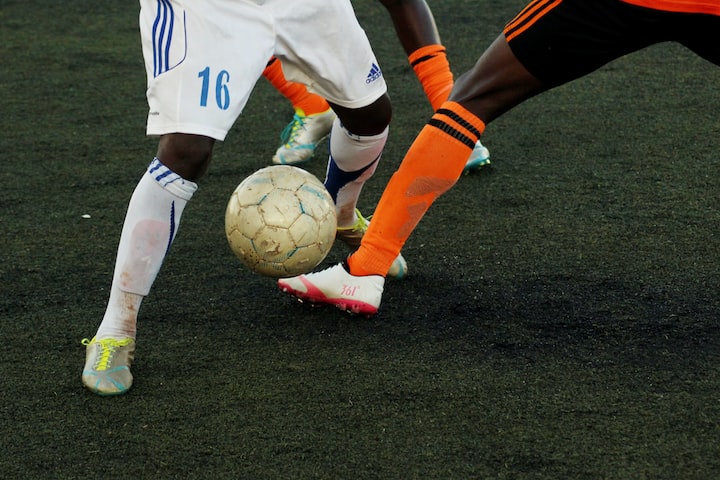 Photo by Jannik Skorna on Unsplash

Brazil is a soccer kingdom, the most successful team in the history of the World Cup, has not missed a single World Cup, won the World Cup five times, and has produced many of the world's top strikers, from Pele, Romario, Ronaldo, to today's Neymar, all inheriting a glorious tradition of great strikers. Now Brazil has lost its glorious tradition of producing great strikers, and apart from Neymar, Brazil has been without a world-class striker for several years.

The main striker in the 1994 World Cup was Romario and Bebeto, one of the most classic duos in world football. The substitute striker was 18-year-old Ronaldo, whose role was to go for the jugular and lay the crown for a World Cup title.

In 1998, Ronaldo was the main striker, supported by Rivaldo and Berberto. This year's front line was almost stronger than 1994, as Berberto was already 34 years old, and Romario, the "Lone Wolf" who won the 1994 World Cup, was excluded from the national team. The replacement strikers were Edmundo "The Beast" and Giovanni, who had played for Barcelona.

In 2002, Ronaldo, Rivaldo, and Junior formed the 3Rs, which won Brazil its fifth World Cup title. 02, Kaka was just 20 years old and played the same role as Ronaldo in the 1994 World Cup.

The absolute core of Brazil's front line in the 1998 and 2002 World Cups was Ronaldo, who scored a total of 12 goals in the two World Cups. The understated Rivaldo is also an indispensable figure in Brazil, and he is the core of Brazil's offensive organization.

The 2006 World Cup Brazil national team's forwards are Ronaldo, Robinho, Xiao Luo, Adriano, Fred, and Kaka in the midfield, this year's front line strength is very strong, the beauty is that the 30-year-old Ronaldo this year has shown the old age. In this year's World Cup Brazil group after the victory over Ghana into the last 8, and then lost to France, not to the top 4.

Brazil's main forwards in the 2010 World Cup all had experience playing in the Chinese league, with former Quanjian foreign aid Fabiano and former Evergrande foreign aid Robinho forming a front-line partnership, and the replacement forwards were Nirmal (not Neymar) and Grafite. In the previous Brazilian national team to participate in the World Cup, this year's front line strength is the worst, the star flavor is also the lightest. In this year's World Cup Brazil defeated Chile to enter the last 8 but was eliminated by the "Orange Army" of the Netherlands in the last 4.

The main strikers in 2014 were Neymar and Shanghai's foreign aid Hulk, with Fred and former Jiangsu Suning foreign aid Ruo as replacements. Hulk has to be criticized, as the main striker of the tang Brazil, 7 games have not scored a goal, which can not explain to the Brazilian folks. 2014 Brazil relies on the host advantage of successive elimination of South American brothers Chile, Colombia after playing in the quarterfinals, the semifinals by the German chariot 7-1 bloodbath, Hong Kong foreign aid Oscar scored a consolation goal, brewing the biggest fiasco of the century Brazil, let the soccer kingdom of disgrace.

Brazil's forwards in the 2018 World Cup were Douglas Costa, Jesus, Neymar, Willian, and Firmino. In this year's World Cup Brazil's front line performance is not very outstanding, Brazil eliminated Mexico to enter the last 8, but by the "European Red Devils" Belgium to keep out of the quarterfinals.

Brazilian players are generally poor in self-discipline, spending too much energy on women, alcohol, and nightclubs, and do not stay at their peak for long, and usually start to decline at the age of 30. This is the case with Ade and Luo.

The Italian goalkeeper who was a contemporary of Buffon was unfortunate, and so was the Brazilian striker who was a contemporary of Ronaldo. Due to Ronaldo's presence, several excellent Brazilian forwards have had few opportunities on the national team, and some have been out of the national team. Bayern star Erber, the former European Golden Boot Jadel, "ball lightning" Elton, Amoruso these excellent forwards in any country is the main level, in the talent-rich Brazil, some of them can not even reach the edge of the national team.

With Ronaldo's withdrawal from the national team, an era came to an end. Adriano and Pato are two of the more unfortunate strikers who were once seen as Ronaldo's successors but suddenly fell from grace at an age when they should have been making a difference.

Like many talented Brazilian players, Adriano is also ruined by their lack of self-discipline. Ade was once the "king" of Inter, but after only a few seasons of glory at Inter, Ade lost his backbone due to the death of his father, and his former style was gone. The reality of Ade's fall from grace is that he is a typical representative of Brazil's injured players.

Pato became famous at a young age, winning the European Golden Boy award and playing for Milan. After leaving Milan, he began to move around South America, Europe, Asia, and other continents. 1989 Pato joined Quanjian in the winter of 2017 when he was not yet 28 years old and came to play in the Chinese Super League at a prime age, choosing money over career. The wonderful moment when he played for Milan and ate Barca defender in the Champions League can only remain in my memory. The national team was even more of a nightmare for Pato, who never represented Brazil in a World Cup.

The peak of Ade and Pato also showed a world-class level, compared to Fred, if the strength of such a loser striker worries. In the Ronaldo era, the Brazilian national team would not even consider them. Fred is considered to be the worst number 9 in the history of the Brazilian national team but represented Brazil in the World Cup, let people lament the soccer kingdom after no one!

More stories from Karpenaru and writers in Cleats and other communities.