by Jason Gisoo kim 29 days ago in football 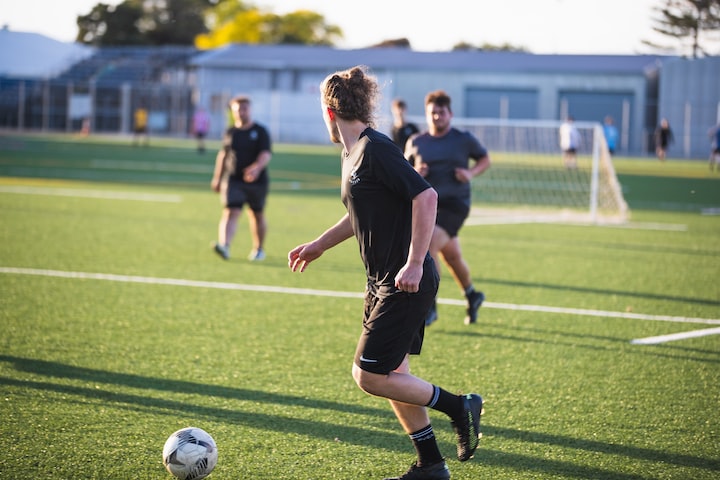 Photo by Ryan Clark on Unsplash

When you think of Canadian sports, your mind will go to a landscape that is blanketed with blinding snow. How can anyone survive here? In any Canadian province, you will find people taking to the frozen pond with sticks and skates. In the city of Montreal, ice hockey is religion. So why should anyone think of soccer in a hockey-crazed city? My counter-argument, why not? Subcultures tend to be more fascinating than what is found in the mainstream. Especially if it has the potential to unite people.

Montreal’s linguistic history between French and English is that of tension and conflict. As such, you have boroughs varying in linguistic dominance. Some boroughs are predominantly francophone (French-speaking), while a smaller number are anglophone (English speaking). This is the legacy of past linguistic and social segregation between French Catholics and English Protestants. When it comes to pick-up soccer, linguistic differences could be a factor. For some, to travel from an English neighbourhood to a Francophone neighbourhood will feel like traveling to a different country. Despite the differences, the game itself is a language. People are judged not on race, language, or religion. Players are judged by their peers based on their performance. There is no lying on the pitch.

As a young Korean teenager, my friends and I started exploring the various pick-up scenes. These impromptu games are organised by the locals who live nearby the soccer pitch, often found in various Montreal parks. Pick-up soccer in Montreal is usually played in the form of seven-on-seven matches. With ten minutes a game, the first team to score two goals stay on the field. Draws are decided by two-minute extra time, penalties, or king of the hill (the team who won the most games that day stays on). Moreover, being the only one fluent in English and French among my friends, I was the main translator.

In my years of playing pick-up soccer throughout the city, you do not need to speak the native language if you want to participate. Sentences such as “do you want to play?” and “can I play with you?” are universal. You may not understand the language in which that sentence is expressed, but the intentions are detectable. Any soccer player understands the feeling of imminent game time. Excitement and motivation. However, the most important skill to pick-up soccer is not being a good soccer player. It is having the courage in asking to play with total strangers who will be above your level.

Once you step on the pitch, all you think about is impressing. To leave a significant impression on those playing, watching, and waiting to get on. Respect is primarily earned by your skill and second your personality. If your skill is lacking but has a “never give up” attitude, you will be respected. Of course, linguistic barriers will impede on detailed tactical discussions, but this is pick-up soccer. No one is expecting to play professional level tactics. Pick-up soccer is a subtle balance of individualism and teamwork. It is not only about winning but it is about bragging rights.

Everybody wants to stand out and everyone wants to be the best on the pitch. It is not entirely different from any other form of pick-up sports culture. Whether it is basketball at Rutgers Park in New York City or ice hockey in Calgary. The sporting subculture remains the same: “show me what you can do?”

I’ve spent some time traveling to various parts of the world and each time I find myself playing soccer. From Nairobi to New York City, from Southern Italy to rural Chad. Despite the wide variety of cultures, soccer expression remains the same throughout. It is an opportunity to showcase your talent, to win as a team, and above all, to have fun.

Soccer is a universal language, and a pick-up game will be found. People bond over the beautiful game. When soccer fans of different cultures come together, there is only one language and one love. If you observe soccer fans at the FIFA World Cup, there is no animosity or violent rivalry. Political tensions fade and racism halted for a moment. It is a celebration. That is the power of the beautiful game. Soccer fans are always excited to meet other fans and players. Even if they may support rival teams, the banter becomes an endearing conversation that is playful and silly. So how does this tie in with Montreal pick-up soccer?

The city of Montreal has endured a turbulent history of riots and cultural conflict. I grew up in a time when the uneasiness between English and French were palpable. Such tensions were carried over into ice hockey as expressed between the former rivalry of the Montreal Maroons and the Canadiens. English elite vs French-Canadian working class. European soccer also tends to carry such rivalry dynamics. However, these tensions do not exist in the city of saints. The sport is democratised.

Montreal soccer does not have historical foundations of conflict. In fact, it is a unifying force within the city. It presents the power in bridging the gap between Montrealers. English or French. Native or immigrant. Soccer players are creating new meaning: a unified identity. Montreal longed for a unifying force between English and French.

With or without soccer, Montreal is headed towards a unified future. The beautiful game presents the opportunity to physically participating in this union. Moreover, the city only has one soccer franchise. Regardless of language, culture, and religion; Montrealers have the opportunity to be unified through the love of the game.

The community of subcultures is often bonded by the niche nature of their interest. In hockey Mecca, soccer remains on the fringes. It renders soccer into a concentrated community of passionate players and fans. Where language is only a means of communication, almost void of its historical weight in the city. Is this naïve? Perhaps, but what is progress without optimism? The motto of Montreal is “Concordia Salus,” well-being through harmony. I believe we may have found that vehicle.