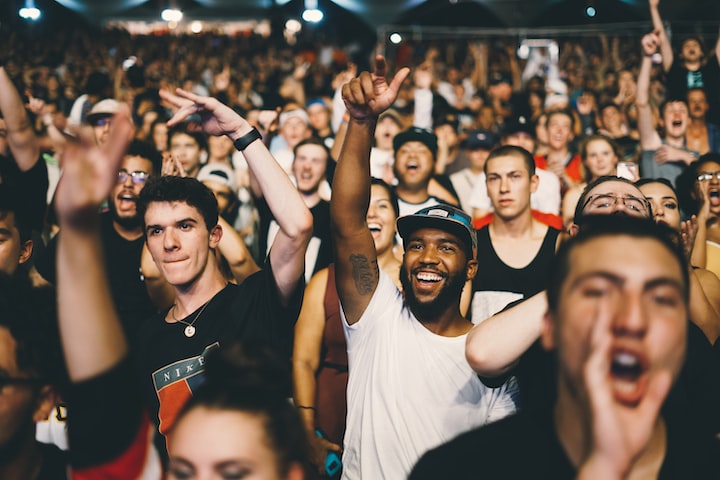 Photo by Nicholas Green on Unsplash

My heart began thumping as I made the decision that this was the perfect time to climb out of the wire cage, it felt like my chest was about to explode. I could feel the adrenalin pumping through my veins as the nervous beads of sweat began to roll down my brow, could I make it without being caught? Many before me had made it to the promised land and I could see no reason why I couldn’t follow in their footsteps, after all I was now in my 13th year and all the stars were aligned, it had to be now it was time to grit my teeth and attempt the great escape and to hell with the consequences. I was like a caged lion pacing up and down and from side to side of this crammed enclosure called the boys pen an area of Liverpool Football Club very high up at the back of the famous Anfield Kop were young boys could watch the games away from the surging crowds in relative safety and preventing young bodies from being crushed. Although in theory it makes sense to keep the younger supporters away from the cramped and dangerous steps of the terraces however it is every young boys dream to move on from the boys pen and join the men of the mighty red army, yes I wanted to be a full blown kopite. I wanted to experience the swaying, the crushing and of being pushed and pulled up and down those urine soaked steps it was time for my rite of passage. So throwing caution to the wind I made my escape, climbing up the railings higher and higher stretching to reach the top while the crowd of want to be boys pen escapees cheered as I scaled the mesh wall finally reaching and tumbling over the top rail and falling into the arms of the encouraging kopites below saving me from instant disaster and preventing my face from slamming into the dripping wet concrete steps. It was Saturday 21 April 1962 and I now found myself embedded deep in the midst of the Spion Kop, no longer a boy I was now a part of Bill Shankly’s red army singing the famous war cry of ‘Ee aye addio’ were going to win the league as the teams came out the tunnel and entered the arena. Southampton made their way to the Anfield Road end while Liverpool led by the mighty Ron Yeats headed towards the Kop goal sending 40000 Liverpool supporters around the ground into raptures as well as 17000+ kopites with me included careering down the piss drenched steps and back again swaying and chanting while trying not to fall over or get trapped behind a barrier. It was a filthy afternoon cold, wet and windy but it couldn’t dampen the excitement as a Liverpool win would make them 2nd division champions with still five games to pay, and I was going to be apart of this historic day as a full blown Kopite. After the ninety minutes and the final whistle was blown Liverpool had emerged the winners by two goals with both goals being scored by Kevin Lewis (19 - 29 mins) who himself was a replacement and only playing because of an injury to Liverpools normal centre forward Ian StJohn. The crowd could not control their emotions again surging up and down the terraces singing, chanting and desperate to climb onto the pitch to congratulate their victorious gladiators. The police had formed a barrier in front of the Kop by linking arms preventing the desperate and hopeful admirers from entering onto the hallowed ground, and as we watched the team being clapped off the pitch via a tunnel formed by the Southampton players and into the safety of the Liverpool dressing room the crowd with me firmly ensconced made a break for it scaling over the barrier like revolutionaries climbing the Bastille walls. We dodged between the police as their ranks broke, there were too many to control and sensibly they decided to let us onto the pitch to celebrate, 20000 fanatic supporters dancing and singing “we want the reds, we want the reds” when suddenly out of the tunnel emerged the injured Ian StJohn and captain courageous Big Ron Yeats who were immediately mobbed and before the rest of the team could emerge from the tunnel to join them the police escorted both players back down into the bowels of Anfield before serious injury could occur, it was obviously too dangerous for the players to do a lap of honour and so celebrations would have to be put on hold. What an evening, what an adventure I started the day a boy hoping to see my beloved Liverpool creep closer to climbing out of the second division and into the first division were they belonged. I believe our joint mission was accomplished as we both achieved our goals that wet and stormy Saturday afternoon in April as Liverpool became champions and I emerged a man. But there was one final quest I needed to complete before I could leave that hallowed turf and return to my so called normal life, I decided to dig up a small piece of grass from the centre circle which I secured in an empty match box and kept for many years in my bedroom as a reminder of my journey in gaining my rite of passage until I learned that my mother threw it out declaring it a health hazard a toxic breeding ground for bacteria. If only she knew what that small piece of earth represented and the importance it was to my growth, it may have been just a piece of mouldy grass to her but to me it represented life itself, it was my Holy Grail, my Garden of Eden, it was what can only be described as Valhalla.