Reconciling With Mistakes: A Football Point of View

by A Elizabeth about a year ago in football
Report Story

Football is an extension of life itself, isn't it? 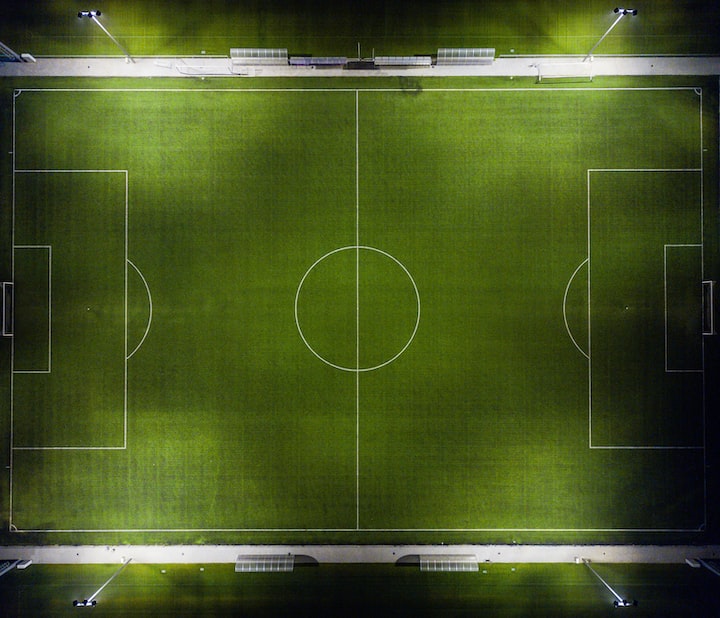 Photo by Bence Balla-Schottner on Unsplash

2021 had a lot of football moments. The 2020 Euro Cup alone saw more own goals than the whole history of the tournament. And, in most cases, these own goals led to the defeat of the team. This made me think about the mental health issues faced by the players and the ways in which they deal with their mistakes on the ground.

Mistakes are always remembered within the football community as much as its beautiful and successful moments. Some mistakes are remembered forever — missing a penalty shoot-out goal in a final match, scoring an own goal and in-turn costing a knock-out opportunity for your team (and sometimes, your own life), silly mistakes from the part of the goal keeper causing a shameful defeat for the team, losing with a huge goal margin in your own home stadium, reigning champions getting knocked out in the group stage making them look like a laughing stock on social media. The list goes on.

As professional athletes and as people who are under the spotlight, football players have to deal with their mistakes in the public a lot of time. Even the most human errors get scrutinized by media and fans. But, it is not viable for the players to dwell on their mistakes forever. They have to forget it within few minutes in order to create new opportunities for the team, to turn around the game and win the match.

Goal keepers, being in the isolated position they are, get the most flak.

German keeper Manuel Neuer had thrown some wisdom about the way he deals with mistakes in an interview.

Die Welt: A cult figure needs to have a flaw, can’t be perfect. In that respect, mistakes can help. This past weekend against Gladbach, you let a shot slip through.

Manuel Neuer: Believe me: I would have gladly skipped that. To make a mistake is human, but something like that still bugs me, obviously. On the other hand, I would not be the goalie I am, if things like that didn’t happen once in a while.

Die Welt: What do you mean?

Manuel Neuer: It’s part of my game to take risks. Because of that, sometimes I’ll look stupid on a shot. But I’ll save many others because of that, too.

Die Welt: So you don’t cry into your pillow at night after making a mistake?

Manuel Neuer: No. But you have to be honest with yourself. There’s no point in lying to yourself, and trying to lay the blame somewhere else. I know what happened, and I deal with it, without tearing myself down. In the end, it needs to be clear, where the fault lies, and how to avoid it in the future.

Die Welt: Can you be happy, when you are constantly cleaning up mistakes?

Manuel Neuer: Of course. There are games, which I am very happy with. Often they don’t stand out to the spectators, sometimes even to my fellow players or the coach. Only my goalie coach usually knows how I really did.

Sports psychologists and coaches also train their athletes to deal with their mistakes. I saw one coach quoting Thomas Alva Edison . It goes like this,

“If I find 10,000 ways something won’t work, I haven’t failed. I am not discouraged, because every wrong attempt discarded is another step forward.”

They encourage the athletes to react positively. Changing the past is impossible. They advise them to not waste their time being negative and let one mistake turn into two or three mistakes. Besides, the crowd will cheer you if you get back to the rhythm as soon as possible. As another article said, no fan likes a player that sulks and walks around after losing the ball.

In an another incident, former Spanish goalkeeper Iker Casillus came out to show his solidarity to a fellow goalkeeper who was in the eye of a social media mud slinging, due to the errors he did in the previous match.

“Behind each one of us, there is a person. Raise your hand he who has not failed at some time. Learning from our mistakes will make us stronger and accepting them more human.” Iker Casillus

But, whatever the experts say, unless the player becomes successful in the later stage of their career, the mistakes are going to haunt them for a very long time. Besides, the mental health of sports players are not publicly discussed enough. Social media hasn’t made the process easier either. At least the fans have to act sympathetic sometimes. Let us create an easier world for everyone.

Note: This article is in no way trying to exploit the vulnerable moments of hardworking football players. This is just me trying to extract life lessons from football grounds. Isn’t football an extension of life itself?

More stories from A Elizabeth and writers in Cleats and other communities.